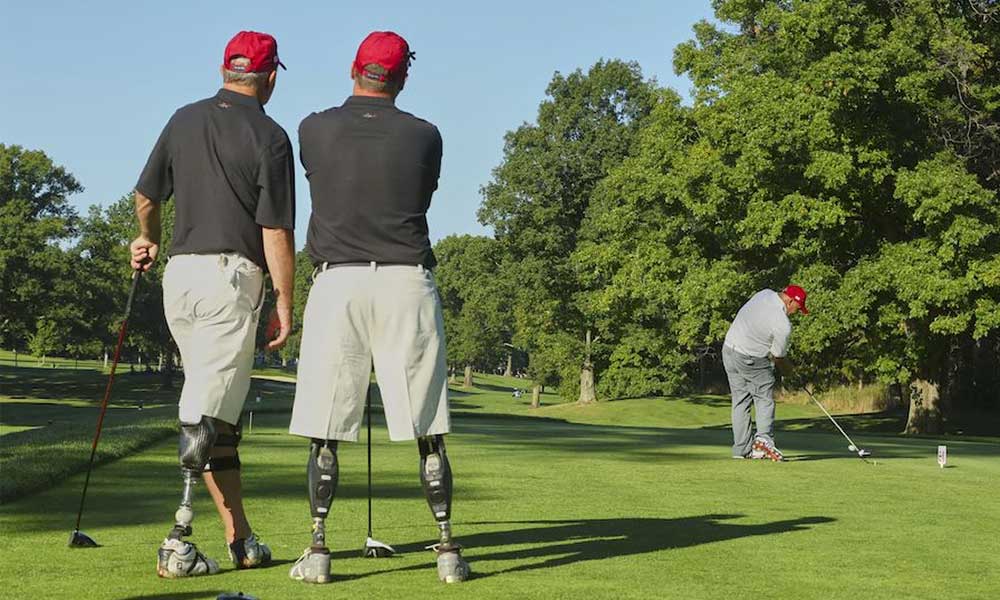 Baltusrol Golf Club in Springfield, New Jersey has been named host of On Course Foundation’s 2022 Simpson Cup, August 28-31, which pits U.S. and U.K. teams of injured Service members against one another in Ryder Cup-style matches.

The four-day event and two-day competition feature 13 members per team. The first day’s battle is a better-ball match play with six points at stake and the second showcases 13 singles, straight match play with 13 points at stake. The first team to reach 10 points wins the Simpson Cup. The competition is flanked by emotional opening and closing ceremonies a la the Ryder Cup and Olympics.

Entering this year’s 10th Simpson Cup, the defending champion U.S. won five matches and the U.K. four. Players will soon be announced as selected by non-playing captains and the results of qualifying tournaments.

The Simpson Cup is named after On Course Foundation founder John Simpson, the longtime business manager for Nick Faldo, Vijay Singh, Bernard Langer, Nick Price and other Tour players. As a child, he was stricken with polio that to this day renders his left leg nonfunctional. Simpson’s disability, and his speaking with injured veterans at Headley Court in the U.K. in 2010, led him to marry golf and goodwill, ultimately creating On Course Foundation.

“The Simpson Cup showcases the unique position of golf as one of the few sports where players of all skills and abilities can play together on a level playing field, thanks to the official golf handicap system,” says Simpson. “It is the pinnacle event on our program calendar and is a major mechanism for On Course Foundation to raise awareness and funds.”

On Course Foundation helps active and retired, injured Service members develop playing abilities while teaching career skills to work in the golf industry. It then places them in jobs with major companies like Callaway and Invited (formerly ClubCorp) as well as at golf courses, country clubs, and resorts coast to coast. More than 2,000 wounded veterans have benefitted from On Course Foundation learning programs in the U.S. and Europe since 2010.

“Once we were approached about the possibility of the Simpson Cup being played at Baltusrol, we were all hands on deck to get involved and support the tournament,” says Matt Wirths, President of Baltusrol. “We are profoundly grateful to these men and women for the sacrifices they have made for our country, and it is so uplifting to see the difference the game of golf can make in their lives.”

Nick Kimmel is one of many On Course Foundation injured veterans who worked hard to qualify for the 2021 Simpson Cup team and, over the past 18 months, hone physical and mental skills in adaptive golf tournaments nationwide. Kimmel overcame the loss of both legs above the knee and his left arm above the elbow, as well as psychological wounds, from a 2011 explosion in Afghanistan.

“The Simpson Cup gave me a goal to strive for again,” says Kimmel. “There are deep desires among On Course Foundation members to make the team and compete at Baltusrol against fellow veterans. The camaraderie is extraordinary, and we all feel profound military bonds with new friends and old when we’re together at the Simpson Cups and communicating year-round.”

About On Course Foundation

With offices in Orlando and London, the On Course Foundation helps wounded, injured and sick military veterans use golf to facilitate their transitions back into society. Founded in 2010 by John Simpson – former agent to Nick Faldo and 17 major tournament winners – the organization breathes newfound confidence into more than 2,000 members. Education focuses on the myriad facets of embarking on a career in golf with full-time job placements at Callaway, ClubCorp, Marriott Vacations, TaylorMade and other golf companies, golf courses, clubs, and resorts. Most members were first introduced to golf by On Course Foundation where they learned playing skills, overcoming lost limbs, mobility and mental acuity, and other physical and psychological debilitations. On Course Foundation’s pinnacle event is the annual Simpson Cup that pits 13-person teams from the U.S. and U.K. against one another in Ryder Cup-style matches where many competitors amazingly sport low single-digit handicaps.