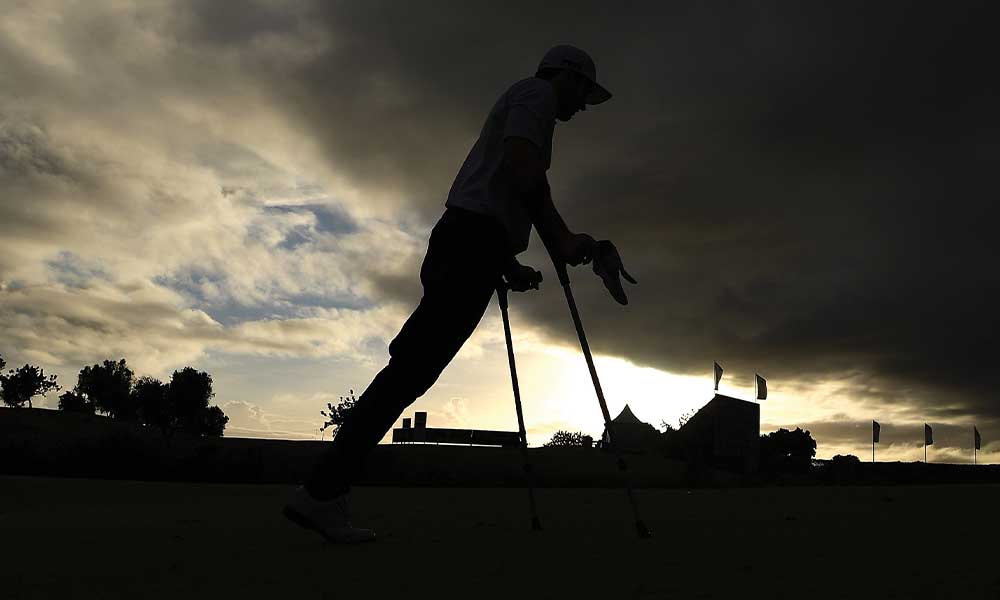 Golf course superintendents, like almost everyone associated with the golf industry, have witnessed two robust years of renewed enthusiasm for the game. Across the U.S., course superintendents’ jobs have become more demanding and, at the same time, more secure than they have in decades. So, it is perhaps surprising to many in this role to learn that millions of potential golfers are still currently underserved or that, as superintendents, they are uniquely positioned to help resolve this deficit.

According to the Centers for Disease Control and Prevention (CDC), 61 million adults in the United States live with a disability. This number hits home even harder when you realize that it represents 26 percent of the adult population or more than one in four people in America. Worldwide, the United Nations estimates the number of people globally with a disability to be upwards of one billion individuals. None of these numbers include children or teens.

Based on estimates from the National Center on Accessibility (NCA), approximately 10 million Americans with a disability would be interested in playing golf or returning to the game of golf if they had the opportunity and if golf courses provided greater accessibility. When it comes to golf, minor modifications at the course can go a long way to making the joys, wellness benefits, social engagement, and even the frustrations of golfing accessible to more people. And who better in the golf industry to spearhead this important initiative and get the job done than golf course superintendents and their crews?

Although the launch has been four years in the making, largely caused by COVID-19-related delays, the USGA was finally able to move ahead in 2021 with its plans for the first-ever U.S. Adaptive Open Championship. Scheduled for July 18-20, 2022, on Course No. 6 at Pinehurst Resort & Country Club, the inaugural event will feature a field of 96 players.

John Bodenhamer, USGA senior managing director, championships, said, “Since 1895, our championships have provided the world’s best players with an opportunity to showcase their skills on a global stage, compete for a national championship and achieve their dreams. … we are proud to bring that same opportunity to the adaptive golf community through this championship and to do so at Pinehurst, our second home. We believe this effort will spur participation for golfers with disabilities and hope it inspires others in the industry to make the game and its competitions more welcoming to all.”

The U.S. Adaptive Open Championship will be open to male and female golfers, as well as professional and amateurs, and it will have no age restrictions. Golfers who qualify must have either a physical or sensory impairment or an intellectual challenge. The 54-hole format will play out over three days, and tournament rules will permit the use of golf carts for all players and caddies.

To determine qualification for the event, golfers will need to have established a WR4GD Pass and an authorized World Handicap System index.

Administered by the USGA and Royal & Ancients (R&A) under the name of WAGR, the World Ranking for Golfers with Disability (WR4GD) ranks the top golfers with a disability based on their average performance in “counting events” over what is termed “a rolling cycle” of the previous 104 weeks. A rolling cycle tracks events chronologically but is not limited to calendar years.

This ranking system, which has been maintained only since 2019, was influenced by the Ranking for Golfers with Disability established in 2014 by the EDGA, previously known as the European Disable Golf Association. Within this window of participation, golfers who qualify for a WR4GD Pass, must have a disability that has an impact or influence on their game and meets guidelines defined in the EDGA’s Definitions of Impairment.

EDGA, a not-for-profit organization, relies on an international network of disability assessors that includes doctors and physical therapists who generously volunteer their time. Prior to the founding of EDGA, no standardized guidelines existed to define which disabilities would be considered or how the disability affected the golfer’s play. Without this standardization, determining how to qualify the field at the U.S. Adaptive Open Championship and other similar top-tier events would have been difficult if not impossible. Just as importantly, criteria for qualifying and ranking players with disabilities sends a powerful message that adaptive golf can and should be recognized as more than great recreation. All golfers deserve the right to compete as athletes to the fullest degree that is possible for them.

5 KEY CHANGES GOLF SUPERINTENDENTS CAN MAKE AT THEIR COURSES

Educating the golf industry in general, and specifically, golf course personnel, about the range of adaptive needs golfers may have can lead to easily implemented solutions and better on-course experiences for players with a disability. For example, the ADA compliant golf course has already established accessible routes and unobstructed paths connecting all elements and spaces of a building or facility at various courses. Superintendents should make sure that on-course workers don’t absentmindedly park golf carts or equipment in places that block this access. Pointing out to workers that not every golfer can easily walk around an obstacle or step up on the curb can be all it takes to facilitate better awareness of a diversity of golfing needs.

Next, consider how much can be gained by thinking smaller. How many more golfers could enjoy playing courses if superintendents moved the tee further forward? This simple and relatively inexpensive step makes the game a lot more fun for all short hitters, and when golfers with disabilities are ensured that this tee is also easily assessable for golfers using mobility-assisted carts, superintendents will be opening the door to many players who previously could not handle the length of the course.

Map the path of optimal accessibility across the facility and make the map readily available in the clubhouse. Recognize, however, that golfers with disabilities cannot be restricted from accessing portions of the course or its facilities if these areas are open to other golfers.

Assuage concerns from club members or others about potential turf damage from the use of mobility devices, such as crutches, single-rider golf cars, and thin-tire wheelchairs. Make it known that the best way to minimize turf damage or soil compaction is to maintain strong, resilient, and healthy turf, which is always a golf course superintendent’s primary objective.

Lastly, understand that the rules are different. Both the USGA and the R&A have modified the rules of golf for players with disabilities. Knowledge of these rules makes it easier for superintendents and their crews to plan for variances in play, such as the potential need for a drop zone outside a sand bunker.

THE HANDICAP THAT’S NOT A HANDICAP

Golf handicaps have nothing to do with physical handicaps or mental handicaps, two terms that have now been replaced by more respectful and considerate language. Ironically, however, it is golf’s handicapping system that makes the game inherently friendlier than many other sports for people with disabilities.

The handicapping system in golf was designed to level the playing field and make golf challenging and fun for people of all ages and all skill levels to play together, which, when you think about it, is the true objective of adaptive golf.