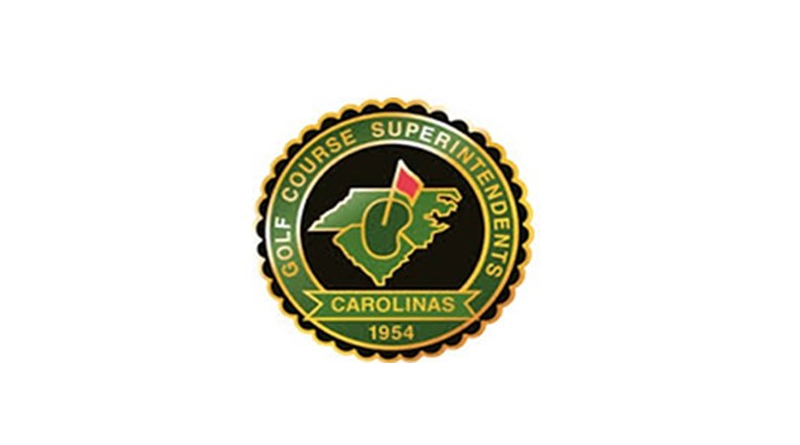 Golf course superintendents in the Carolinas have committed close to $110,000 to two new research projects which promise to further refine the game’s economic and environmental performance. The money was raised through the annual Rounds4Research online auction where golfers bid for access to otherwise private courses and discounted prices at public facilities. This year’s auction runs May 1 to May 7.

The latest grants take to more than $350,000 the amount that members of the Carolinas Golf Course Superintendents Association and 13 allied superintendent and turfgrass associations in the region have given since the auction began in 2008. The auction, which now runs nationwide through the Environmental Institute for Golf, was the brainchild of Carolinas GCSA executive director Tim Kreger.

“We are extremely proud of how the auction has helped rally the entire industry to generate funds for research that we all benefit from,” Carolinas GCSA president Adam Charles from The Preserve at Verdae in Greenville, SC says. “Whether we are superintendents, course owners or golf pros, everyone is better off when we can produce quality course conditions in the most efficient manner, both economically and environmentally.”

To that end, the Carolinas GCSA will invest $75,000 over three years while researchers at North Carolina State University investigate means to improve fungicide performance on golf course turf. Earlier studies at NC State have shown that between 25 and 50 percent of fungicides applied to prevent disease can be lost with mowing within 24 hours. With more of the fungicide lost with each mowing, the plant can soon become vulnerable to pathogens again.

Researchers hope their work will lead to recommendations for superintendents that will improve the efficacy of fungicide applications, leading to fewer inputs and money saved. Their primary focus will be on three of the most problematic disease issues on Carolinas golf turf – take-all root rot control on ultradwarf bermudagrass greens, Pythium root rot on creeping bentgrass greens and dollar spot on cool-season fairways.

The project will be led by Jim Kerns, associate professor at NC State’s Department of Entomology and Plant Pathology and Travis Gannon, assistant professor, Department of Crop and Soil Sciences.

The Carolinas GCSA has also committed $32,000 over three years so researchers can determine the impact of colored topdressing sand. Superintendents frequently use sand applications to help turf recover from play, maintenance practices and to promote a healthier plant. Some believe darker colored sands speed turf recovery by retaining more heat but there has been little research on the subject.

Professor Grady Miller at NC State’s Department of Crop and Soil Sciences and Professor Bert McCarty at Clemson University’s Department of Agriculture and Environmental Science will collaborate on the three-year project. Miller has done extensive research studying how the use of pigment colors affect turfgrasses.

“In those instances we have concentrated on the influence of reflection, transmission and absorbance of solar radiation in relation to “painted” surfaces (including tees, fairways and greens),” Dr. Miller says. “With painted turfgrasses the primary focus was on light transmission; whereas with sand topdressed turfgrasses the greatest interest will be on the absorption and reflection of solar radiation. It is well known that pigments found in black absorbs all wavelengths but how these reflect and absorb in the vicinity of turfgrass, as opposed to being applied to the turfgrass surface, has not been studied.”

The Carolinas GCSA’s Kreger says the vitality of the golf industry in the Carolinas, with more than 900 courses across the two states, is partly attributable to the quality of research performed at NC State and Clemson. “Going back decades these two schools have had some of the sharpest minds in turfgrass, not just in the U.S. but internationally too,” he says. “Their work has a lot to do with why our superintendents consistently produce outstanding playing conditions in one of the most challenging growing regions in the country.”

In November, with more financial support from the Carolinas GCSA, scientists from both schools collaborated to produce a landmark manual “Best Management Practices for Golf Courses in the Carolinas.” The nearly 300-page document puts the best region-specific science and knowledge at fingertip reach of superintendents.