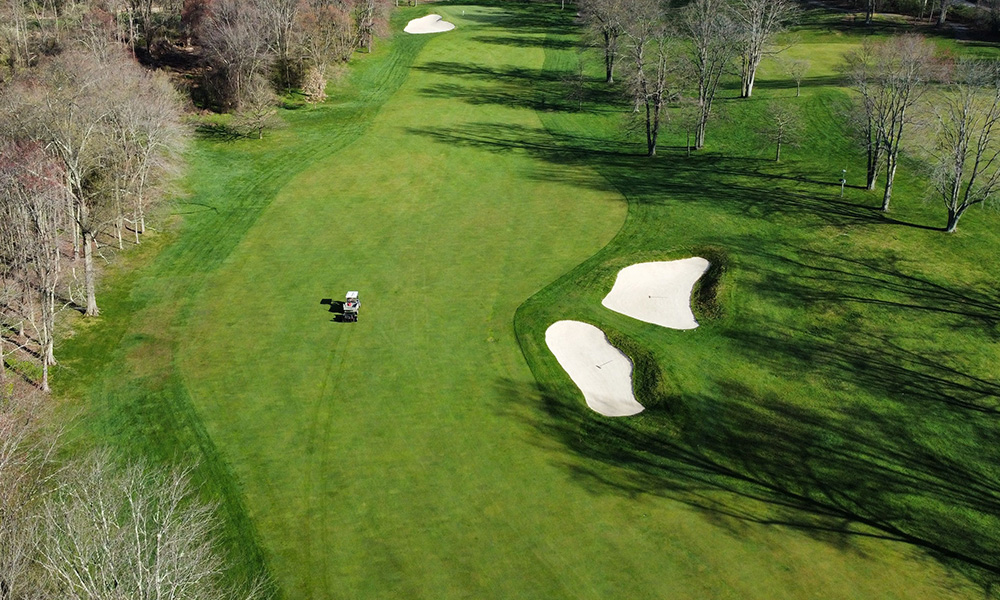 Huntingdon Valley Country Club in Philadelphia has installed the Capillary Bunkers liner on its Centennial nine.

Originally founded in 1897, Huntingdon Valley moved to its present site in the late 1920s. Architect William Flynn built 27 holes on the new property, but the third nine went out of play after the Great Depression, and was only returned to use in the late 1990s, by architect Ron Pritchard, when it was renamed the Centennial nine.

“The bunkers on the Centennial nine had not been rebuilt since the course was recreated in the 1990s, and they were way overdue for it!” says first assistant golf course superintendent Jason Kahr, who led the project. “After significant rains, we had a bunch of swimming pools out there.”

Related: When the Greens Go Yellow

“We evaluated the project carefully and came to the conclusion that Capillary Bunkers was the right thing for us to use,” says Kahr. “We visited some local courses where it has been installed recently, and that gave us confidence. Capillary has been in the ground for longer than some of the new liners, and at a club with 125 years of history, longevity is obviously important! The ease with which it can be installed is a key part of the appeal – we were looking at doing the project in-house, and Capillary Bunkers comes premixed, and so doesn’t need a specialist installer.” The club poured its first bunker at the start of December and finished the project in March. “Capillary representative Greg Nichols came and spent a day with our staff, training them on the installation,” says Kahr. “In truth, the biggest problem we had with the installation was getting the concrete – we were fighting with a number of local clubs for supply, as there are so many who are putting it in right now. Since the start of the year, we have had four and a half inches of rain. From one storm, we flooded pretty well – but there were next to no washouts on the bunkers, nor any standing water – we’re really pleased with the product so far. We are hoping now to move forward and install the Capillary Bunkers product on some of the worse-performing bunkers on our main eighteen holes – the Toomey and Flynn nines.”