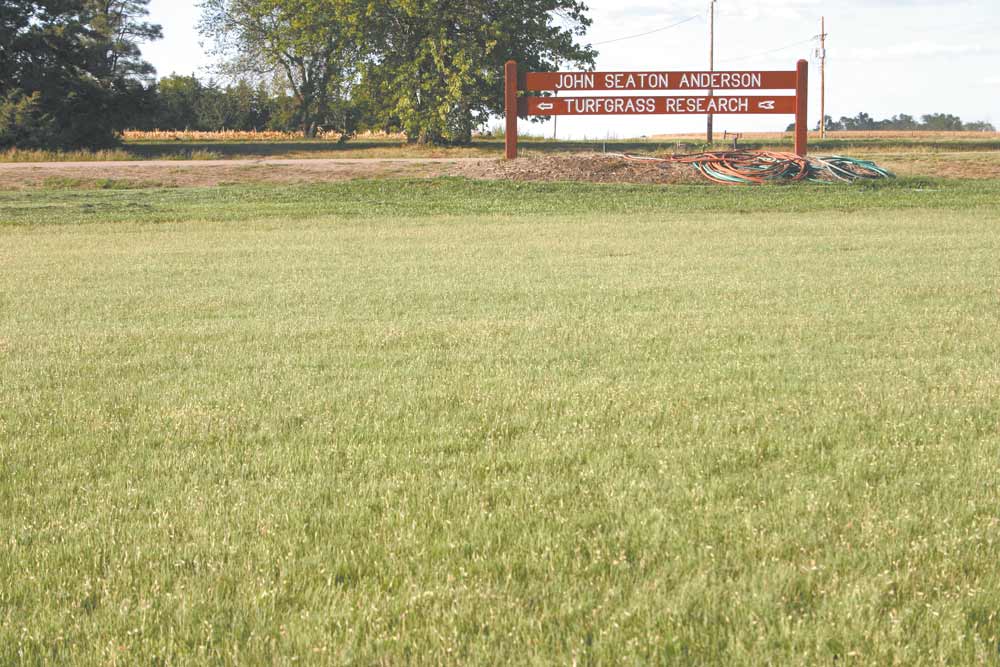 June, worldwide, was the hottest month ever recorded, according to the U.S. National Oceanic and Atmospheric Administration. Russia’s staggering heat continues — who would have imagined Moscow temperatures approaching 40 degrees Celsius? Historic low rainfall levels accompanying the heat have hurt crops throughout Europe.

It’s also been hot in the U.S. Temperature averages for June and July were at or near record-high levels across the eastern seaboard and in the Midwest. U.S. farmers haven’t suffered as much as those in Europe because rain has been plentiful, but for many golf courses, that combination of heat, rain, and humidity has been disastrous.

Several high-profile courses have had to close entirely because of stressed-out and dying greens. Huntingdon Valley Country Club outside Philadelphia, which dates from 1897, shut two of its three nines indefinitely two weeks ago because of a serious turf disease caused by the torrid wet weather. Members at The Golf Club at Cuscowilla, east of Atlanta, received letters this week that the club’s highly-ranked Ben Crenshaw-Bill Coore course would be closed for eight to 10 weeks so that the greens can be resurfaced.

Ansley Golf Club in Atlanta broke similar news to its members. “The continued, excessive heat and humidity have put our greens into a critical situation and the possibility of saving many of them is remote,” said a letter from the grounds committee chairman. Even Winged Foot in Westchester County, New York, the site of five U.S. Opens, is having serious weather-related problems with its two courses.

Related: 18 Holes at Winged Foot West in the Club Championship

The U.S. Golf Association last month issued a special “turf loss advisory” to courses in the Mid-Atlantic states, urgently advising greenkeepers to institute “defensive maintenance and management programs” until the weather crisis ends. Most of the danger is to the greens, particularly those planted in creeping bentgrass and annual bluegrass (also known as poa annua).

“Physiologically, these are cool season grasses that do very well when the air temperature is 60 to 75 degrees [Fahrenheit],” said Clark Throssell, director of research for the Golf Course Superintendents Association of America. “They can cope with a few days of 90-degree weather every summer, but when that kind of heat lasts for weeks at a time, they have extreme difficulty.”

Philadelphia had 17 days of 90-degree weather in July alone, far more than average. Washington D.C. had 20 days. As of Thursday, Atlanta had had more than that many consecutive days of 90 degree-plus, and that’s measured in the shade. Greens that bake in the midday sun can quickly get far hotter than that. After several days, the grass thins out, becomes less dense and turns yellow. When the soil gets too hot for too long in the root zone — 106 degrees Fahrenheit in the case of many bentgrass strains — the grass collapses. It doesn’t go dormant, it dies.

Grasses have a mechanism to help themselves cool off in the heat. It’s called evapotranspiration and is analagous to perspiration in people. Water from the soil is drawn up by the roots and evaporates through the plant’s leaves. It works best when the grass is tall. But on golf greens, mown as low as 1/4 inch or even 1/8 inch to be as fast as possible, the area of leaf surface through which the water evaporates is limited.

Heat waves cause other problems. One is that root systems shrink, which reduces the amount of water drawn up to the surface. High humidity and heavy rainfall make things worse. Humidity retards evaporation, while soggy soil stays hotter longer than dry soil does. Water in the soil also creates a barrier that prevents needed oxygen from getting to the roots.

All of this weakens the grass. Even when summer weather doesn’t kill, it makes the turf more susceptible to disease and fungus.

Golf course superintendents can do only so much to help. Mowing the greens even slightly higher during periods of high heat yields significantly more leaf surface, which improves evapotranspiration. But it can easily slow down putting speeds by a foot or more on the Stimpmeter. “Better slow grass than no grass,” is a mantra among greenkeepers, but golfers aren’t always understanding.

During the hot summer of 2007, ground crews at East Lake Golf Club in Atlanta, home of the PGA Tour’s Tour Championship, hand-watered every green on the course every 30 minutes during the hottest days, just enough to cool off the grass blades but not enough to add moisture to the soil. They also set up fans to keep the air moving over the green surfaces and cut them with walk-behind mowers rather than the heavy triplex riding machines, to reduce overall stress.

But it didn’t do much good. “It’s such a helpless feeling. You watch the greens turn yellow and you know they’re going to collapse but there’s just nothing more you can do,” said Ralph Kepple, the superintendent at East Lake.

For the 2008 season, East Lake converted its greens from bentgrass to Bermuda grass, which is much more heat tolerant. Bermuda thrives in temperatures in the 80s and 90s.

The knock on Bermuda turf, however, is that until the mid-1990s it wasn’t as smooth as bentgrass for putting, and it’s coarser, more bristly leaves usually grew in one dominant direction (typically toward the setting sun), which misdirected putts. But since then “ultra dwarf” strains, with names like TifEagle, Champions, and MiniVerde, have been introduced. These grasses are denser, more compact, and grow more vertically than old Bermuda strains and for most golfers are almost indistinguishable from bentgrass.

East Lake chose the MiniVerde strain and has been pleased with the decision — especially this summer, Mr. Kepple said. Many other courses in the so-called “transition zone” between the southern and northern states also converted to Bermuda.

But Bermuda has its limitations. For one thing, it cannot survive cold winters. Even some courses in the hills just north of Atlanta feel they cannot risk planting in Bermuda for fear of winterkill. Bermuda needs at least eight hours of direct sunlight a day, which is a problem for courses lined with tall trees, as are many in the Atlanta area.

Augusta National, the home of the Masters 90 miles east of Atlanta, is in an area that is often 10 degrees hotter in the summer. But Augusta is able to maintain luscious bentgrass greens because the course is closed for play all summer. During heat waves crews erect little tents over the greens, to block some of the sunlight and keep them cooler. The greens are mowed regularly, but at higher heights, than they are for regular play.

“Every course in every part of the country has different conditions, different microclimates, and different member expectations,” said Mr. Throssell of the GCSAA. That’s why, at this time of year, course superintendents are usually just as stressed out as the grasses they are pledged to maintain.