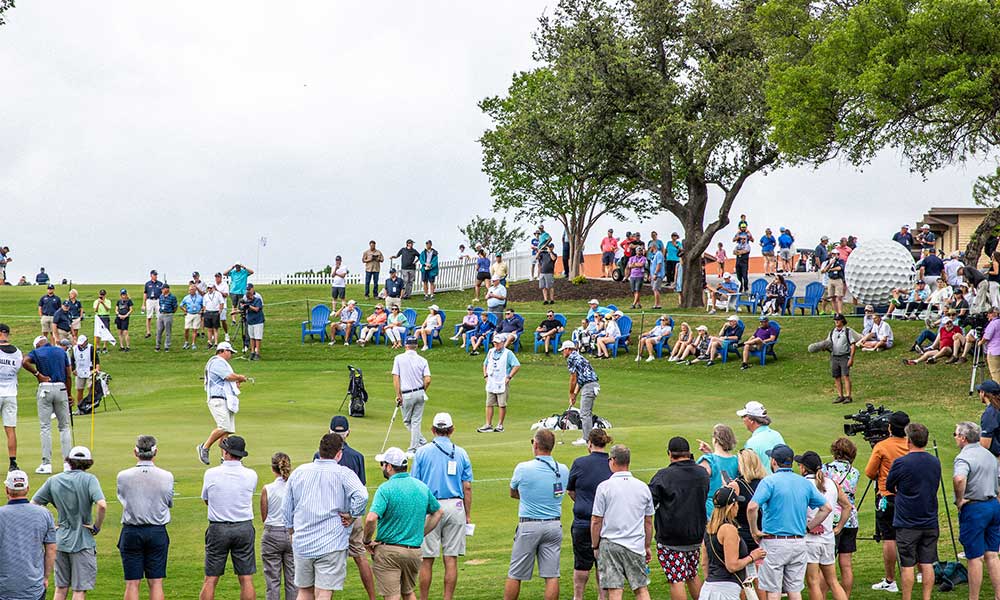 “We are building a new tradition in Dallas-Ft. Worth as the Invited Celebrity Classic presented by Choctaw Casinos & Resorts brings the worlds of entertainment, sports and golf together in a fun, relaxed and entertaining atmosphere,” said Invited CEO, David Pillsbury. “Choctaw Casinos & Resorts is well-known as a leader in hospitality as well as the work they do in giving back through their charitable efforts which will only help grow and enhance the tournament in its second year.”

“Choctaw Casinos & Resorts is proud to sponsor and support complimentary general admission tickets for fans in the greater Dallas/Ft. Worth area for the Invited Celebrity Classic on Sunday, April 23,” says Janie Dillard, Senior Executive Officer of the Choctaw Nation of Oklahoma. “This is the second year we’ve partnered with the Celebrity Classic tournament, and our partnership has continued to grow and evolve with a shared culture of respect, innovation, and entertainment. We are looking forward to another must-see PGA Tour Champions event.”

The Invited Celebrity Classic presented by Choctaw Resorts & Casinos will feature 78 PGA TOUR Champions professionals and 40 of the top stars from the worlds of sports and entertainment. The PGA TOUR Champions professionals will play 54 holes of stroke play for a purse of $2 million, along with the celebrities in a separate $500,000 competition utilizing a modified Stableford scoring format.

At the 2023 tournament, fans can once again expect the type of high-end hospitality and entertainment experiences that are synonymous with these two brands.

Choctaw Nation generates revenue to accelerate the success of the tribe. The strong, sovereign tribal government is an economic engine that provided nearly $2.5 billion in economic impact in the state of Oklahoma in 2019. From jobs and roads to emergency services and education, Choctaw Nation contributes in numerous ways that benefit all tribal and non-tribal members in the communities where they live, work and raise their families.

Since its founding in 1957, Dallas-based Invited has operated with the mission of Building Relationships and Enriching Lives®. The leading owner-operator of private golf and country clubs, city, and stadium clubs in North America, Invited is relentless in its pursuit of providing extraordinary experiences, meaningful connections, shared passions, and memorable moments for its more than 400,000 members. The company’s mission is supported by 20,000 peak-season employees and a portfolio of 200 owned or operated golf and country clubs, city clubs, sports clubs, stadium clubs in 29 states, and seven BigShots Golf locations. Invited creates communities and a lifestyle through its championship golf courses, workspaces, handcrafted cuisine, resort-style pools, tennis and pickleball facilities, golf lounges, fitness centers, and pioneering programming.