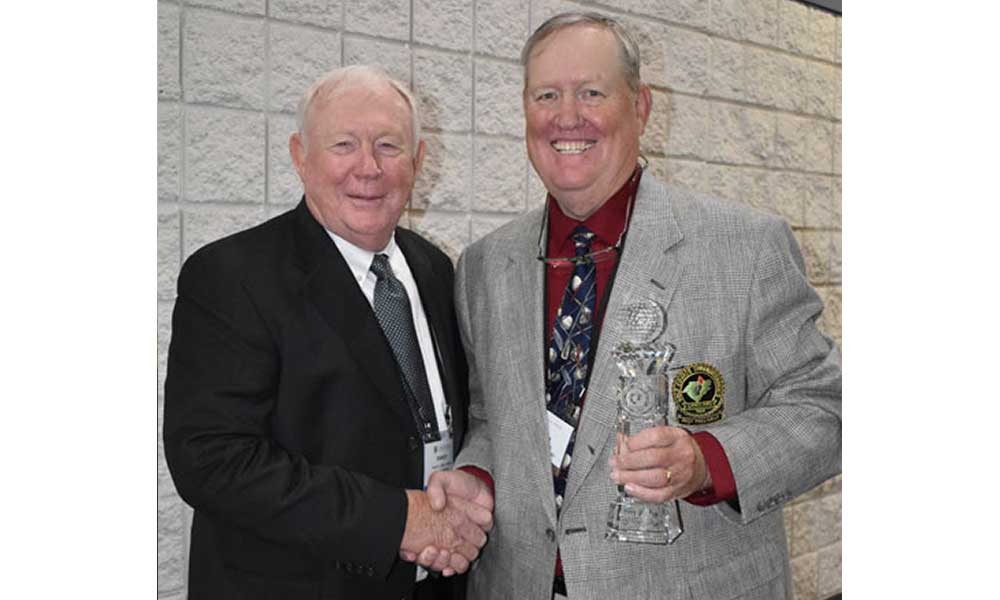 In one of the most moving, and amusing, ceremonies in the history of the honor, Danny Allen received the Carolinas GCSA Distinguished Service Award during Conference and Show. Allen, a past-president of the association who has served two different stints on the board of directors, was introduced by older brother, Randy Allen, CGCS and their speeches prompted plenty of laughter, as well as lumps in the throat.

“I can remember the day he came home from the hospital. I remember my dad coming to tell me I had a little brother and I was fired up. I thought I had somebody to play baseball with,” Randy said. “But I Iooked at him lying there and I thought, ‘Man. He doesn’t look so special. He can’t even talk!”

Randy, himself a past DSA recipient, spent the next 10 minutes detailing the many ways that Danny did “turn into something pretty special,” as a brother, athlete, community member, family man, man of faith, and of course, as a superintendent. It was clearly a heartfelt tribute that many in the audience later admitted brought a tear to their eyes.

Danny Allen has spent close to 50 years in the industry including nearly 40 years at Camden before moving to Aero Short Course in Myrtle Beach, SC several years ago. He plans to retire in December.

Danny’s acceptance speech was a long list of tributes to just about every other element of the industry that exists, all people, he said, that helped him along the way, and, of course, his children and wife of 40 years, Patricia. Of Randy, he said, “You don’t get to choose your family and sometimes that’s tough. But I’m going to tell you, I couldn’t have picked a better big brother than I have. Even though some people thought he was my dad!”