DLF is proud to have recently presented Dr. Stacy A. Bonos, professor of plant biology, current director of the turfgrass breeding program, and associate director of the Center for Turfgrass Science at Rutgers University, with its 2021 Excellence in Research award. Dr. Bonos has been on the faculty at Rutgers University for 20 years, co-developing over 250 cool-season turfgrass cultivars. Thanks to her meticulous breeding efforts, significant advancement has been accomplished in turfgrass science related to disease resistance, wear tolerance, and cool weather active growth. Her substantial partnership with DLF has been crucial in the development of new turfgrass cultivars that deliver superior performance with fewer resource inputs.

Sean Chaney, vice president of professional turf sales for DLF U.S., was thrilled to present the award to Dr. Bonos in person while touring the Rutgers Plant Science Research Extension Farm in Adelphia, N.J. “We would like to recognize and thank Dr. Bonos and her colleagues for all they have done for the industry, as well as for DLF and its Seed Research of Oregon brand,” said Chaney. “We value our partnership with her team at Rutgers University and look forward to future varietal developments.”

The DLF Excellence in Research award, delivered to many research partners over its history, helps recognize the significant impact and progress made to date in turfgrass breeding and celebrates the continued collaboration between DLF and public turfgrass research programs.

DLF was founded in 1906 and is the global market leader in the research, development, production, and distribution of turfgrass and forage crop seed. DLF is owned by 3,000 Danish seed growers and has subsidiaries or sales offices in 22 countries around the world. Information on DLF’s North American operations can be found at www.dlfpickseed.com. 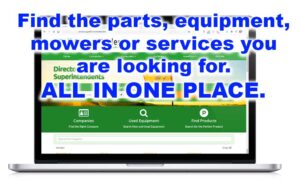