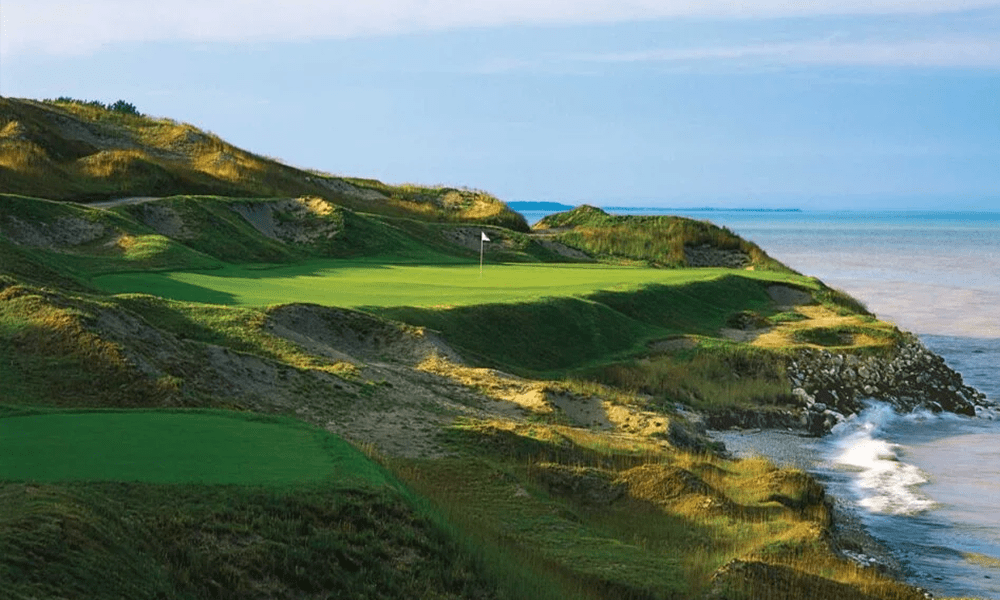 Months and months of preparation. That is what it takes to get Whistling Straits in shape for the Ryder Cup.

However, the week of the tournament can bring challenges in maintaining the golf course conditions. So, what type of weather conditions are workers mainly focused on during the tournament?

Matt Zehms, the Golf Course Superintendent on the Irish Course, says “Temperature fluctuations isn’t going to do much for us now. We are ready to go. It’s the large rainfall events that are going to wash our bunkers or cause any flooding or something like that. We are going to spring to action with mulch areas, all the spectator movement. Stuff gets saturated and turns to mud really quick.”

The crew usually works late at night or early in the morning. Golf course conditions, such as green speed and rough length, aren’t changed that much between rounds in hopes of keeping practice rounds similar to the actual Ryder Cup rounds.

The rain gauge in the weather station does give an indication if the property may need to be treated and drained of excess rainfall.

Chris Zugel, the Director of Golf Course Maintenance at Destination Kohler, says, “We work with the PGA of America and in this case Steve Stricker to establish the green speeds and rough length to ensure what they are looking for the entire week.”

Zugel and his team at Whistling Straits have had one of the wettest summers on record. And that has had a big effect on how they take care of the golf course.

“We haven’t watered since the end of July; we had a fairly wet summer we haven’t really needed to apply water. If we are, it’s with a small hose and water can. But it makes the golf course play a little firmer this time of year when kind of the drier months set in.”

Whistling Straits has hosted 3 PGA championships in the month of August (2004, 2010, 2015). However, this tournament will be different in late September.

Matt Zehms says, “Technically…really the weather has been pretty similar in September now that we would have normally in August. Maybe a little cooler, but we had a lot more rain in August that’s normally our dry time.”

Mother nature cannot be controlled. However, it doesn’t stop those who maintain the golf course from rooting for conditions they can control long term.

“So ideally, if we are looking at the long-range, it’s cool nights…temps like today in the 70s with a breeze and no rain. That just lets us control the amount of water we put out.” – Chris Zugel

Zugel says people may notice more stands and structures. But rest assured the course for the Ryder Cup will look just as perfect as the other major tournaments they have held.

Zugel emphasizes, “A quarter inch of rain not too bad, if there is a half inch that kind of makes you look at certain areas of the course, you know 1 inch you plan for certain things…over 1 inch 2 to 3 inches you start to raise the warning signals.”

After the Ryder Cup, crews usually hope for the golf course to remain dry in order to remove grandstands and camera towers without many issues.

The workers at Whistling Straits are constantly monitoring the weather. And they even have their own weather station.

Chris Zugel is the Director of Golf Course Maintenance at Destination Kohler. He says, “We have a weather station, we primarily rely on just a rain catcher, so we just have catcher that catches the rain…it’s Ol’ Reliable I guess…”

The crew usually works late at night or early in the morning. Golf course conditions, such as green speed and rough length, aren’t changed that much between rounds in hopes of keeping practice rounds similar to the actual Ryder Cup rounds.

The rain gauge in the weather station does give an indication if the property may need to be treated and drained of excess rainfall.