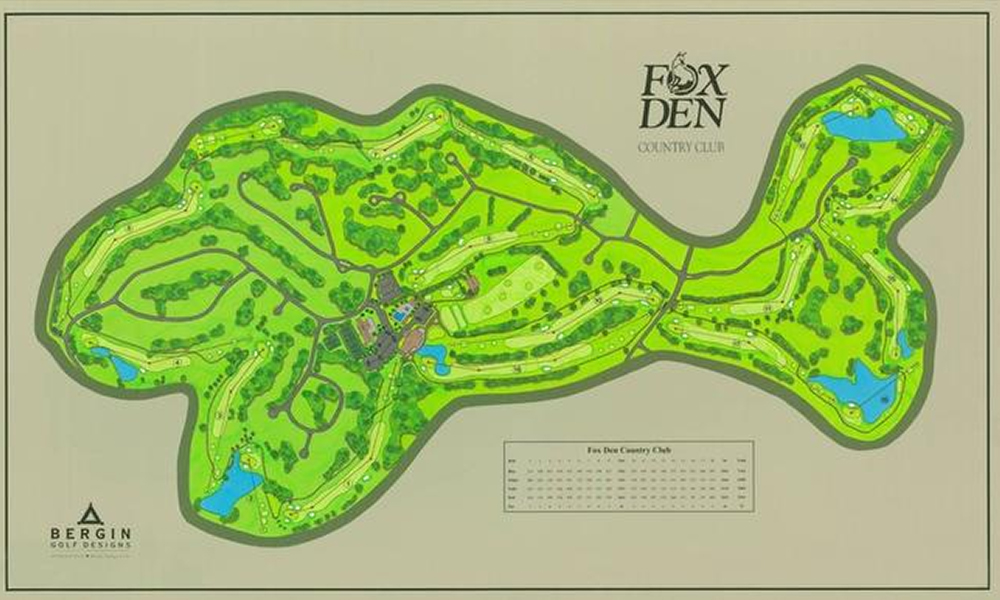 The host course of the Knoxville News Sentinel Open golf tournament will have a different look to it this August.

Farragut’s Fox Den Country Club is just days away from undergoing $1 million worth of improvements, most notably to its bunkers and to a pair of ponds.

Golf course architect Bill Bergin, who redesigned the course in 2004, will spearhead the project.

The 56 bunkers on the 7,110-yard course will be rebuilt. Positions will remain essentially the same, though some will be reshaped.

Each will be converted to a flat-bottomed bunker with a grass facing to them.

The new sand – termed SP-55 – will match that used at Augusta National Golf Club, home to The Masters.

“The bunker project will dramatically change the look of the golf course and improve the overall quality of the course,” said course superintendent Scott Severance in a press release. “The new bunkers will give the course an old classic look with all the newest of technology incorporated into them.”

Holston Hills Country Club, of East Knoxville, underwent a similar upgrade to its bunkers in 2006. It re-did 101 bunkers using 3,131 tons of sand, 20,138 feet of drainage pipe and four acres of sod.

The bunker project at Fox Den will begin April 11 and will be done in an estimated 10 weeks. The course will remain open during their reconstruction. The Knoxville News Sentinel Open will be played Aug. 25-28.

The retaining wall on the pond at the par-3 second will be replaced in sections by a stack-stone wall.

At the par-3 16th, the large pond will receive some aesthetic treatment and improvements to solve erosion problems.

Other improvements are scheduled for the clubhouse ballroom and meeting rooms, fitness center and parking lot.

All projects are to be finished in a year.

“A great golf course is about to get even better,” said Fox Den general manager Dave Largent in the release.

Second-year tournament director Patrick Nichol said bunker styles vary from course to course on the Nationwide Tour, that the PGA Tour did not mandate the change to Fox Den’s bunkers to become more uniform or playable.

“Obviously, the Tour and our tournament, we welcome any improvements to make the golf course better,” he said. “But this is nothing we can take credit for or asked them to do. The membership made a decision to improve their bunkers. I think it’s a great move.”