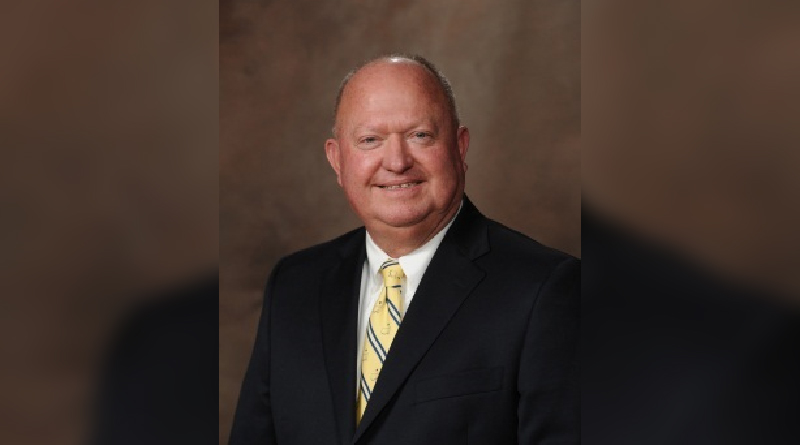 In recognition of his significant contributions to the golf industry, The Golf Course Builders Association of America (GCBAA) is pleased to announce William Marsh Benson as its recipient of the prestigious Don A. Rossi Award.

Marsh’s pursuit of applying his innovative ideas in the golf industry began in 1975 with studies in landscape architecture in the School of Environmental Design at The University of Georgia. He later graduated from the Penn State Turfgrass Management program, a program created by Dr. Joseph M. Duich, the 1995 recipient of the Don A. Rossi Award.

He interned at Augusta National Golf Club (ANGC) under Billy Fuller in 1981.  After completing his formal education, he began his career in golf course maintenance at The Country Club of Florida in Boynton Beach, then moving to Jennings Mill Country Club in Athens, Georgia.  In 1989 he returned to ANGC as their golf course superintendent, later rising to Director of Golf Course and Grounds, and in 1997 as the Senior Director of Golf Course and Grounds and Long-Range Planning. Marsh continued to grow the Turfgrass Student Intern program at ANGC, ultimately having close to 50 students pass through the program, representing more than 20 Turfgrass Programs worldwide.

In Marsh’s capacity overseeing Long Range Planning at Augusta National, he was responsible for building and directing the teams that would implement the visions of ANGC Chairmen Jack Stephens, Hootie Johnson, and Billy Payne, ANGC members and senior staff members.  These visions, which included enhancements to the golf course, clubhouse, tournament, player and patron support facilities, have created one of the most prominent sporting venues for players and patrons in the world.

His ability to improve maintenance practices at golf course facilities achieved worldwide recognition after he invented and patented the SubAir System in 1994.  The SubAir System allows for subsurface aeration and moisture removal of turfgrass playing areas.  The popularity of the system has grown over the past 25 years, starting with golf course greens and expanding to all types of playing and sports field surfaces.   Because of the demanding tournament turf conditions under an array of weather scenarios, Marsh has been instrumental in working with golf equipment manufacturers to improve numerous aspects of mower performance, grass disbursement, irrigation concepts, and other improvements.  Many of his creative ideas are still being utilized throughout the industry today. His never-ending curiosity and unique perspective on solutions have always been at the hallmark of his success.

After 26 years working at ANGC, Marsh retired in 2015 but continues to consult with the club on several projects.  In 2015 he founded his own company WMBIMAGINE, which provides design, construction and project consulting services for clients throughout the world.

He acknowledges his many mentors, including Dr. Joseph Duich, Ron Sinnock (former golf course superintendent), Jim Armstrong (former GM and Executive Director of ANGC), Billy Payne (past ANGC Chairman) and the great teams that have supported all his efforts over the years.  Upon being inducted to the Georgia Golf Course Superintendent Association Hall of Fame, he stated “I’m a blessed man. I truly feel like the support I’ve had is just unbelievable. I think if you cut my legs off, I’d still be standing because of the support I’ve enjoyed from all the people in this room and in this industry.”

Even in “retirement”, Marsh continues to give back to the industry he loves by serving on the board of The Musser International Turfgrass Foundation. The Foundation awards top doctoral graduate students the Musser Award of Excellence to provide financial support of their educational endeavors. He leads an effort to grow turfgrass scholarships at Penn State in memory of Dr. Joseph Duich and serves on the board of the Warrior Alliance, whose mission is to drive skills development in the golf industry for US Military Veterans transitioning from active duty to civilian life.

When not consulting with a vast array of clients or supporting his charitable and community endeavors, Marsh and his wife Becky enjoy time together at their lake house, visiting with their grandchildren and children Casey (Nick) Maslanka and Scott (Rachael) Benson.

Justin Apel, Executive Director of the GCBAA is quoted as saying “The Don A. Rossi Award recognizes those that have made significant contributions to the game of golf and its growth as well as those that have inspired others by their example; Marsh Benson fits this mold, and we are honored to recognize an individual who has quietly mentored so many in the industry creating a legacy and innovations that will be used throughout history in properly managing tournament golf.”

The Don A. Rossi Award will be given at the 2020 Golf Industry Show to be held in Orlando, Florida, January 28 during the GCBAA Opening Reception. For those interested in attending the award presentation, details will be available this winter by visiting www.gcbaa.org, or contact the GCBAA executive office at (402) 476-4444.

The Golf Course Builders Association of America is a non-profit trade association of the world’s foremost golf course builders and leading suppliers to the golf course construction industry. It was founded in the early 1970s, and its members represent all segments of the golf course industry. The GCBAA Foundation is the charitable arm of the GCBAA and a separate, 501(c)(3) organization. The GCBAA’s national executive office is located in Lincoln, Nebraska. For more information, visit www.gcbaa.org or call (402) 476-4444.