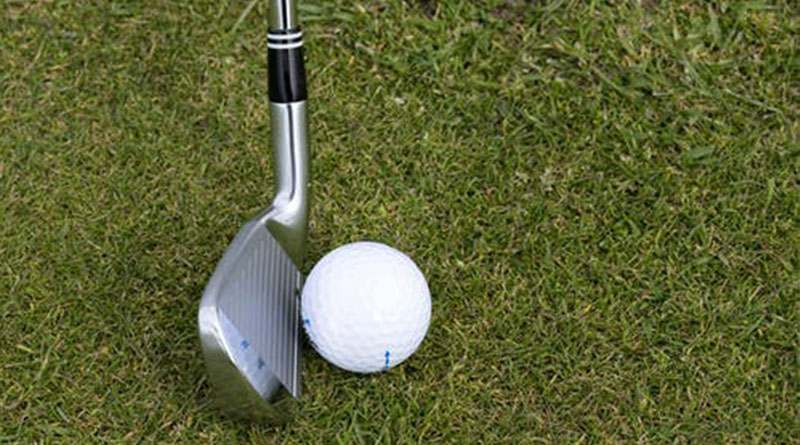 At some point in time, a golfer realizes that he’ll never make it onto the PGA Tour and earn millions of dollars in prize money, lifelong fame and endorsements. Coming to grips with being stuck as a 10 handicap for the rest of one’s life is a bit of a downer. Yet we must all, eventually, move on.

In lieu of this sad reality, true golfers tend to look long and hard at the game’s ancillary benefits. That could mean enjoying the sport’s natural endowments – observing birds instead of birdies – and exercise while packing a golf bag instead of lugging home one of those oversized PGA Tour paychecks.

Regardless, it’s important to grasp one of the sport’s gifts and cherish it. Or you might as well move on to another avocation and save yourself some serious angst.

Though I’m loath to admit it to them (for fear of even more than the usual ridicule), the biggest joy I derive from golf these days is playing with my buddies (besides rounds with my wife of course). We devote Wednesday afternoons to these “haggles” (an appropriate term I learned in New Zealand), whereby us regulars go at it physically and verbally in all our hacking, clacking and quacking mini-glory.

Though you might not realize it by the way we talk and comport ourselves, our regular group – which can be as small as a four- or fivesome or, on particularly nice days, three foursomes formed by ball drops out of a hat – is comprised of some well-educated people. In fact, Jack, Gary S., Jim and I are the only ones with a meager 16 years of education. The others include a GP doctor, three dentists (one retired) and an orthopedic surgeon.

Call it insurance or whatever, but if I get hit in the mouth, hand or chest with an errant golf ball, I’ll have properly trained personnel nearby to save me, unless of course I’m way ahead in our match.

If we split up into two groups, there’s usually a skins game, with the usual buy-in of 50 cents a hole. This all sounds well and good until we’re in the bar afterwards and an argument invariably breaks out over who receives what for his skins.

Some of us believe the best way is to immediately contribute $9 and throw it into the middle of the table for distribution. From that pile the winners – who often actually lose because they buy the drinks – extract their dollars. (A couple of years ago while playing in a fivesome, Mike won all 18 of the $1 skins available on the final hole. Since it was a hot day, Rick, John and I decided to partake in a passel of Mai Tais. Mike ended up pocketing 50 cents of the $72 pot for his “victory.”)

But with this overeducated and opinionated group, such a simple system doesn’t cut it. After one memorable round, with 50-cent skins played by eight of us (supposedly creating another $72 pot), the big winner cashed out a mere $3.50 (this is now called the “Jack Rule”). 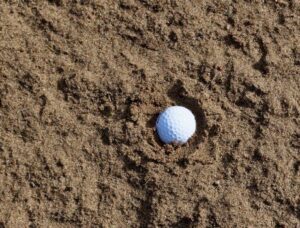 Other times the amounts vary just as wildly. After years of playing skins, there’s still no consensus as for the best and most equitable way to pay the winners.

We’re all about the same handicaps (from 10 to 16), with John the lone single-digit as a 7 (but now trending upward). Because of John’s veteran status, and his preternatural need to wield a pencil, he’s usually the one overseeing the scorecard of his foursome.

When John can’t make it on a Wednesday, the rest of us play our club’s rather perfunctory but traditional game of $2 Nassaus (no auto presses) and $1 specials (KPs – where you must make par – as well as birdies, sandies and chippies).

But John has a couple of extra touches, including KPs on select par-4s (half of us never remember what holes they are), stickies (approach shots landing within the length of a flagstick), polies (sinking putts longer than the flagstick for par or better), and the dreaded Murphys.

Murphys, which can be pressed ad infinitum, are where a player announces he can chip close enough to make par. If successful, he earns an extra buck. If he sinks the chip, he makes two bucks. An opponent can press a Murphy, therefore calling into question the confident one’s finesse around the greens, with the cocky player pressing, followed by more presses ad finitum.

Due to my rather sketchy (these guys call it calamitous) short game, I’ve been on a self-imposed Murphy moratorium for eight years. So, if I’m still around at the ripe old age of 64, I’ll go to my Murphy probation officer and request a release. I just hope I don’t have to demonstrate a flawless short game by then.

Usually one of us has a decent round – breaking 80 or the like. But there are times when the golf swing is a foreign concept to every single one of us. This happened recently, when I posted the low round – a whopping 84 – among the four of us, including the aforementioned John.

Yet more than anything, these weekly forays onto the golf course are less an athletic performance than a “guy thing” where the verbal fur flies, there are no intellectual holds barred, and, oh yeah, we get a little exercise in. Our politics vary greatly, so that subject is usually glossed over quickly.

Ultimately, we’re a group with no particular pecking order – except for “Scorecard John.” We dig and cajole each other, tweak and strain credulity, nag and palaver, decry and whine, laugh and spit, swear and disgust, and pass wind with impunity.

This is all done semi-respectfully within the lovely confines of a game boasting many rules and regulations, all of which we dutifully obey.

At the end of the day, no one gets hurt. Our Wednesday outings are, after all, a release from the realities of an increasingly complicated world.

It’s kind of beautiful how such a frustrating game can so easily make such a paradoxical statement.

[Author’s Note: This story originally appeared on Cybergolf.com in 2006. The author is now pushing 70.]