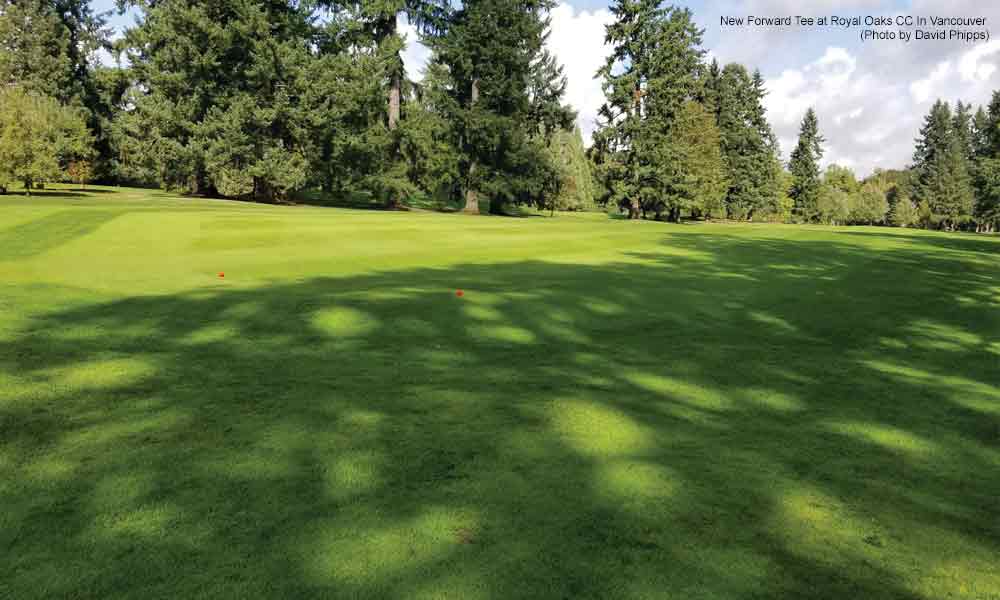 Although it’s an entirely voluntary position, the person leading a club’s Green Committee must be keenly in sync with not only the golf course superintendent but the varying needs of his or her fellow members.

At no time has this been as relevant as today. As many private clubs struggle to sustain membership levels and revenues, they also must address a changing set of demographics.

Of the nearly 24 million Americans who now play golf, 5.47 million are women, or 23 percent of the total. The average male golfer is solidly in the mid-handicap range with an average of 16.1, while a woman’s is 28.9.

The question – and the subject of this article – is it a positive or a negative if one of a club’s best players chairs a Green Committee? Among others, I posed this to a female friend, a member at a private facility in Seattle who has served three separate stints on her club’s Green Committee.

“I think the single-digit handicapper usually has a perspective of the course completely different than the average medium- to high-handicapper golfer,” said the woman, who requested anonymity. “That being said, it’s not necessarily a good or bad thing. The most significant factor is the Chair’s ability to recognize the fact that golfers of all abilities face different challenges on the same course.

“But in my opinion, the single-digit handicapper (usually a male) could care less about the woman golfer or the high-handicapper. The skill gap between the low/high handicapper creates very differing concerns on the course. The single-digit golfer has a tendency to think the difficulties for the less-skilled golfer can be resolved by them merely learning to be more proficient. Consequently, why make any changes to the course for them?

“I’m not trying to make the case that a course should be set up for the high-handicap golfer,” she adds. “The Chair just needs to accept and acknowledge the fact that we all want the course to be challenging, but not impossible. It boils down to having an attitude of respect for all skill levels.” 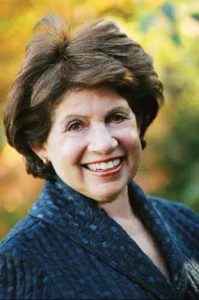 Nancy Berkley is a Florida-based writer for women’s golf, a golf industry consultant and attorney who’s served as an expert witness on behalf of private clubs facing discrimination issues. She notes it’s important for a woman Green Committee member to be prepared.

“My experience as a woman on a Green Committee is to make sure I do my homework. I try never to challenge anyone during a meeting, but do it before or after with a small group to ensure I’ll have support in place for my comments. Before he passed away a few years ago, [golf course architect] Bob Cupp renovated one of the courses where I’m a member.

“I had interviewed Cupp at Liberty National Golf Club [a co-design by Cupp and Tom Kite] years ago and wrote an interview on Cybergolf.com. I was new on the club’s Green Committee. The other members were quite surprised when Cupp came for a visit and gave me a big welcome and hug! In my article I complimented him on the set of forward tees at Liberty National, and he said he often showed that article when bidding for work.

“It’s my view that there always has to be at least three women on a committee composed mostly of men in order for women’s opinions to be taken seriously,” continued Berkley, who believes this ratio will improve the chances of genuine give-and-take. “The women have to be confident enough to speak up, and a male Chair has to be smart enough to welcome the comments.”

Many clubs are recognizing that supporting women golfers and higher handicappers through the addition of forward tees is a good thing. The USGA and PGA of America launched its “Tee it Forward” campaign in 2011. The initiative was, in part, to help average players get “home” in two strokes on par-4s and better match their abilities with the yardages of holes, making the game more enjoyable. In a statement released six years ago when “Tee it Forward” began, the PGA said, “The playing field is leveled by giving golfers the opportunity to play from distances that are properly aligned with their abilities.”

USGA Green Section Agronomist Larry Gilhuly said he’s been advocating forward tees for years. “Since the time I wrote ‘Move Forward, Not Back’ in 2002, times have changed, with many courses now adding forward tees down to approximately 4,500 yards. This is comparable to 6,000 yards for the average male player when using the [women’s] 75-percent strength factor noted in the article.” 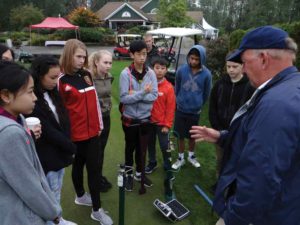 Adding forward tees is only part of the equation, however. Gilhuly is a proponent of making putting surfaces more accessible. “It’s also important to enhance ball roll by widening the approaches into the greens, firming the approaches to allow more bump-and-run shots, reduce unnecessary bunkers, have a shorter rough around greens, and drier playing conditions during the summer.”

He notes that many private clubs have moved beyond the “tournament” conditions sought by some of its best players. “This happened a lot in the past, but has cooled down in the last 10, 15 years. My favorite story is about 20 years ago during a visit to a Seattle-area course where the committee was comprised of only low single-digit players, with the Chair near ‘scratch.’ They were contemplating rebuilding several greens when, in reality, they simply were having them mowed too low. The tees were being mowed so low as to not allow germinating perennial ryegrass to survive in divots, and it was the same mower used on the collars, which were also just above a green height of a quarter of an inch.

“Fairways were way below 1/2 inch, with roughs at 3 inches. It looked great, but the majority of the members hated it. That fall, the Board was turned over, with the entire Green Committee removed,” adds Gilhuly. “Next year, the committee was mostly comprised of older higher-handicapped players. The fairways and roughs were at the same height (3/4”!) and the greens were too slow and bumpy. The collars were awful as they raised them up too high. At that time, we had a serious discussion about Maintenance Standards.”

Such standards are critical to sustaining continuity during the inevitable in-and-out flow of Board and Green Committee members. “That course has had no issues once they created a solid set of Maintenance Standards,” added Gilhuly, who’s been with the USGA since 1983. “That is the key to any Green Committee, regardless of who’s in charge. Good standards that are put together by the superintendent, golf professional and Green Committee are then taken to the Board for approval. Once passed, only the Board – not the next Green Committee – can change them. This provides the perfect ‘block’ of those with agendas, regardless of their handicap.”

Alan Nielsen, the superintendent at Royal Oaks Country Club in Vancouver, Wash., agrees that such standards help keep a golf course playable for all. “Green speed is always an issue, although being able to set standards for regular play versus tournament play helps us establish reasonable speed goals. It also gives my department a chance to educate low handicappers that there are many variables which may limit us achieving these goals on a daily basis. Rough height isn’t a big topic, although tree-pruning (keep them low to the ground) can be driven by low handicappers.” 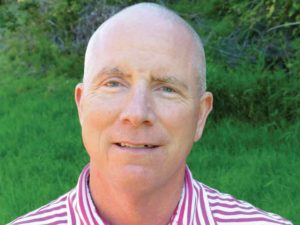 Steve Kealy, the longtime superintendent at Glendale Country Club in Bellevue, Wash., has found that a Chair’s adeptness at golf is not all that important. “I have not had an issue whether the Chair is a fine player or a mid-handicapper. I’ve had four Chairs that were single-digit players and one that was a 14 handicap over my 27 years at Glendale. Regardless of the Chair’s golfing ability, his/her duty is to do what’s in the best interest of the entire club.” 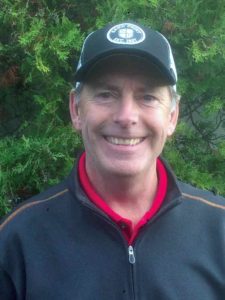 When asked whether it’s an advantage or disadvantage of having a single-digit handicapper as the person running a Green Committee, Craig Sampson, the superintendent at Sand Point Country Club in Seattle, said, “They need to have an open mind, are good listeners, leave their egos at the door and be committed to the best interests of all players, no matter the handicap. I believe most single-digit handicappers have a level of knowledge of the game that can be beneficial if they are not overly self-focused. The only disadvantage is if they carry a big ego, have a narrow, self-serving perspective, and put their priorities above others.”

David Phipps, a Field Staff Representative for the GCSAA, concurs with Sampson. “It all depends on the individual. There are some single handicappers that understand the game as it pertains to all. But there are others that think the game revolves around them. I feel it should be the club President’s responsibility to make sure that all committee members have the best interest for all the membership.”

There’s also a cost factor with trying to maintain peak tournament conditions year-round. “There is now doubt that faster greens will incur higher costs,” said Phipps. “For one, you limit your amount of pin placements and this will increase wear on certain areas of the greens.” 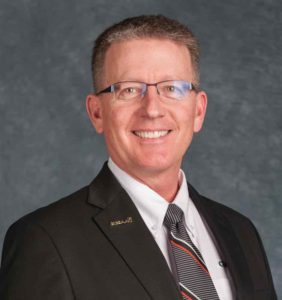 Phipps is encouraged that many private clubs and public facilities now recognize the need to make their courses playable for all types of golfers. “In my travels, I have seen a concerted effort by many to establish a forward set of tees,” said the 1985 graduate of Oregon State University and, like Kealy, a past honoree of the GCSAA’s prestigious President’s Award for Environmental Stewardship.

“These are the more progressive clubs with a diverse membership and feel that growing the game is important,” observed Phipps. “For the most part, clubs have recognized the need to account for all levels of players. Women are becoming a growing segment of the sport and they are also becoming members on their own. As this demographic changes, our industry has to keep up.”

As evidenced by the above comments, a club’s Board of Directors should ensure that the composition of its Green Committee – and its Chairperson – represents the entire membership.