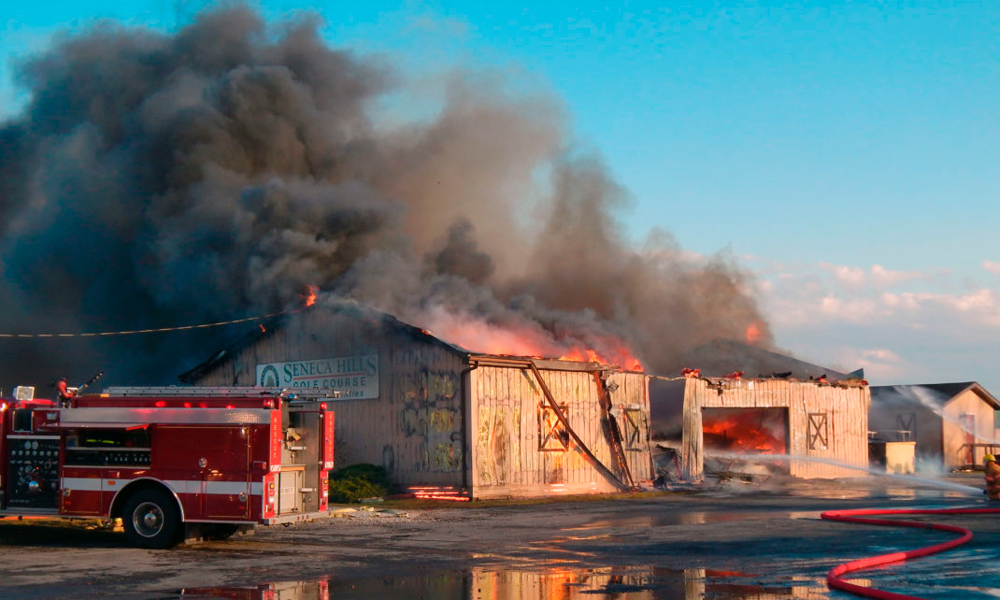 NBS EMS and fire and Bascom fire were dispatched to the scene, 4044 W. TR 98, at 4:50 p.m. and were able to put out the fire in about 25 minutes, though most of the building was destroyed.

Nobody was in the barn at the time of the fire and there were no injuries, said NBS Fire Chief Dennis Kessler. About 20 golf carts stored in the barn were destroyed, said Seneca Hills Golf Course Superintendent Brent Kline.

Kline said there had not been golfers in the area due to the cold weather, though there could have been a few earlier in the day when the weather was warmer.

Kessler said it is not known what caused the fire or where it started. The State Fire Marshal’s Office is to investigate the fire today, he said.

Rain will play through as usual at Riviera for PGA’s Genesis Open
Cushman® Growing Greens Program Donates $38,000 to Local GCSAA Chapters
To Top