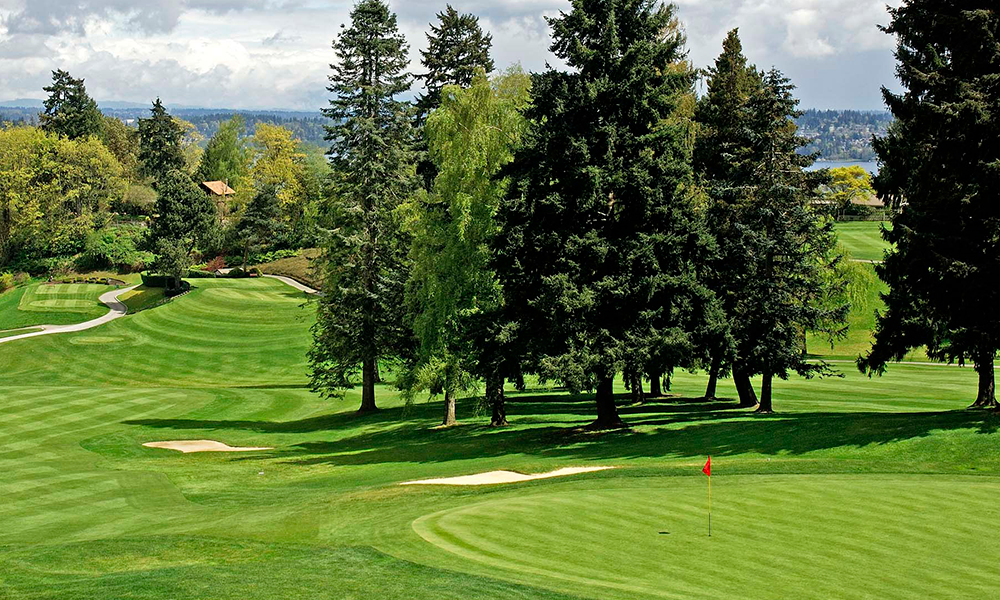 Though the subject of green committees (aka, greens committees) at private clubs has been wrought out in all manner of high-falutin’, high-minded grandiloquence, these one-of-a-kind gatherings remain worthy of pontification. Like dozens of golf writers, I’m blockheaded enough to tackle the subject. And like all those other scribes I’ll attempt to understand how a group of doctors, lawyers, insurance executives, businessmen and other so-called “professional people” can better a golf course.

I have been on the green committee at my club, Sand Point CC in Seattle, for several three-year terms. Sharing seats in our monthly meetings have been a batch of nice, well-meaning people who sincerely want to improve the conditions of our motley little course, an 85-acre, 18-holer that spans a hillside adjacent to the View Ridge neighborhood in the city’s northeast end.

Built-in 1927 in the manner of the day – i.e., clear all the trees, sell them for timber, and lay out 18 holes of pseudo-links on virtually unprepared ground – Sand Point’s 6,000-yard, par-71 course has evolved, like many of its antique brethren, into a parkland-style experience with its fairways now dwarfed by hundreds of towering trees. Over the past 93 years, the members of the club’s revolving green committees have embarked on tree-planting programs that, in an effort to “beautify” Sand Point’s course, impinged on the original layout created by its architect, a transplanted Scotsman named Francis L. James.

Whether buying out the remaining stock of financially-distressed local nurseries, or bringing in their own beloved evergreen, cottonwood, alder, poplar, weeping willow, hawthorn, Photinia, or apple saplings and planting them in the ground, the members’ arboreal zeal definitely changed Sand Point’s character over the decades. Mainly for the bad. Once-10-foot-high trees now stretch skyward 100 feet, casting lengthy shadows, squeezing off air circulation, and turning the turfgrass underneath them into muddy wallows.

Disease has also been a problem, particularly for Puget Sound hemlocks, which have been stricken by a nasty bacterium that is killing them throughout the region. So, we’re implementing a 10-year-old “tree enhancement” plan, one that, unfortunately, involves planting replacement specimens. The membership, which is generally in favor of preserving Sand Point’s woodiness, can be assured that our course will remain a testament to claustrophobic golf, with our repetitious “Hogan’s Alley” fairways staying constrictive and “challenging.”

Obviously, I’m against the tree-replacement plan (see Author’s Note below), feeling that it would be nice to play some semblance of the open-air course envisioned by James. Circa late-1920s aerial photos show a hilly, open layout with no more than 30 trees scattered about. Also, Sand Point originally had eight or nine gullies, actually, gravity-fed wash-outs that carried surface water off the hill 200 feet down below to Lake Washington. Only one of those gullies remains, the rest filled in over the decades.

Our committee’s current hot topic is the addition of new forward tees. I’m on this “gold tee” sub-committee with two others, one of which is in my corner. The other member, a Seattle orthopedic surgeon – let’s call him “Dave” – is on the opposite side of the table.

Dave is a friend, someone who’s helped me out when I’ve had problems with my wrist and shoulder. Dave is a pretty good stick, too, about a 7 handicap, and his high school-aged son is also a fine player. Dave joined Sand Point just before me as a 20-plus handicap, and as is the wont of such dedicated and intelligent people, managed to lower his handicap through diligence and practice.

Dave hits long irons on many of Sand Point’s tight par-4s and par-5s, seeking to control the course’s devilishly tricky terrain, with all its bumps and humps, to find the elusive, ribbonlike fairways. Dave also has a great short game, a must at a course with severely tilting and fast greens that average a mere 3,200 square feet in size.

Dave has devised a winning approach at Sand Point, and he’d like nothing more than to sell that style to the rest of the membership. He believes that everyone should play quick, sub-four-hour rounds like him (as do I), and by shortening the course for higher handicappers that will happen. He swears that by placing the new forward tees at a maximum of 250 yards from the greens on all the par-4s, the higher handicappers who’ll use them will shoot in the mid-70s or low 80s and derive a greater enjoyment of the game.

As kindly as possible, I’ve disputed Dave’s claims during our meetings, saying that plopping down mushroom-like tees in the middle of the fairways on 400-yard holes would be unsightly, not to mention a pain to maintain and mow. They’d also make the people using these starting blocks feel like second-class citizens (“Oh, did you see Jeff playing from the gold tees the other day? He must be sick or his game is in the toilet.”)

I believe that the only way Sand Point can be improved is through creative use of its available space. There’s simply not enough room to add yardage to the course, so that means remodeling efforts must involve upgrading the tee and green complexes. Thanks to our golf architect, Mark Miller*, we’ve made significant strides in these areas. With the complete rebuilding of our once-blah 15th hole, a perfunctory 135-yard par-3, we’ve now got a beautiful one-shotter with an elevated back tee that offers blissful views of Lake Washington and requires a dandy 165-yard tee shot to reach a well-bunkered green.

Work is now underway on reconstructing our 14th and 17th greens, the only original “push-up” (non-USGA-spec) putting surfaces left from James’s original course. When completed next spring, all of our greens will be well-draining, easy to maintain, and fun to play.

The board of directors doesn’t want to spend any money on the forward tees, and I don’t blame them. We’ll see how this all turns out. Let’s just say I’m compiling all possible evidence to present an airtight case to Dave. After all, in the life of a green committee member, it’s important that everyone sees the forest from the trees.

*Author’s Note: This was originally written in 2003 for Cybergolf.com. Besides some slight story updates, I’m proud to add that the acclaimed Scottish-born architect, David McLay Kidd (designer of the first layout at Bandon Dunes and other notable courses), is near completion on his massive remodel of Sand Point. The work would be done by now. But the project was temporarily shut down in March 2020 due to the coronavirus outbreak which, with devastating local effects, got its American start in our neck of the woods.

While on my last Green Committee term in 2009, I helped create and chaired the “Tree Task Force,” a small advisory group for the Sand Point’s Green Committee. In cooperation with our superintendent, Craig Sampson, the first thing we did was hire two British Columbia foresters who did a thorough scientific inventory of our trees and studied the soil types upon which they were planted. We needed proof that the trees were damaging the golf experience while impeding Craig and his crew’s maintenance efforts.

Following several visits and much careful study, the Canadians handed us a 140-page “Tree Management Plan,” which determined that 66% of the course’s 1,700 trees were non-native. In other words, the majority of Sand Point’s trees never should have been planted in the first place. And we had scientific proof of what we believed all along, which I made sure was included in regular messages to the members.

As a result, the board of directors gave us an annual budget, allowing our task force to remove over 300 of these aging, diseased and dangerous species, unveiling more views of the Cascade Mountains and Lake Washington while bringing in sunlight and airflow to the greens, tees and fairways. 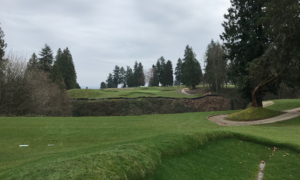 I’m happy to report that Kidd and the construction company, Ridgetop Golf, has reinstituted the links-like character of Francis James’ original design, adding many new tees, greens and upwards of 50 bunkers, along with 300 yards. If work on the project can resume soon (fingers crossed), Sand Point members will be able to play an entirely new course, an idea when this story was first written wasn’t conceivable based on the tree-loving membership and green committees. Our Tree Task Force was disbanded in fall 2019, making me proud to say we did the job we set out to do.

One final note: “Dave” was one of only four members who voted against the $4 million remodel, which otherwise received a whopping 96% approval from the membership. And his forward tees have been built in their proper places.