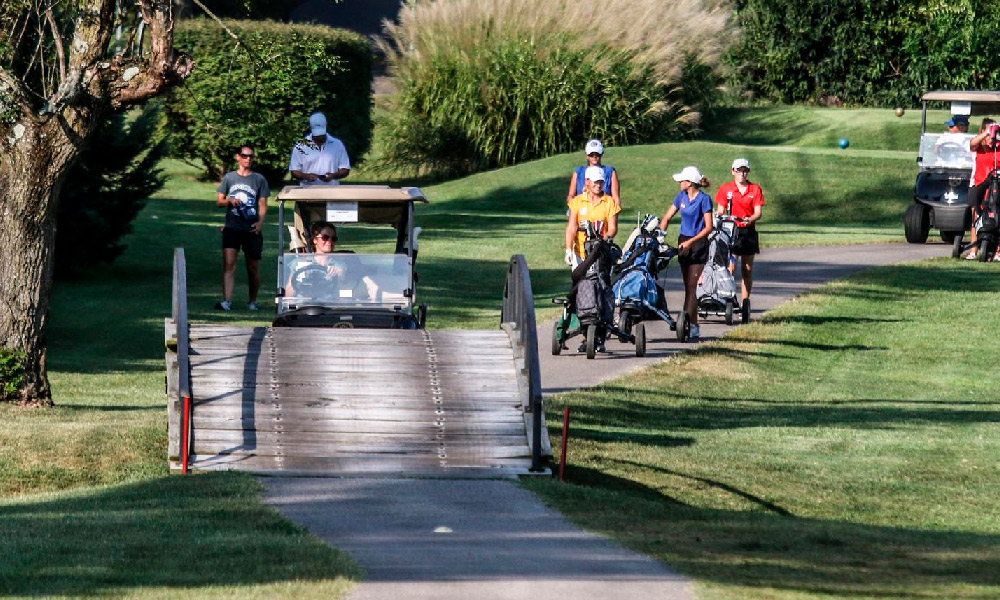 With the heightened awareness of the COVID-19 pandemic causing delays and cancellations of major sporting events across the country, Owensboro-area golf courses are taking precautions of their own — but still keeping their doors open to customers.

“We want to keep touching points within the clubhouse sanitized and cleaned, which we’re doing,” said Kevin Ferguson, superintendent at Panther Creek Golf Club. “When it comes to golf carts, steering wheels, different pockets and stuff, we’re sanitizing those as well.

“I don’t know what else to do. Nothing like this has ever happened before.”

It’s too early in the golfing season to see how business might be affected, but course managers aren’t taking any chances.

“Right now, the weather’s been to a point where we haven’t had a lot of play to begin with,” Ferguson said. “It’s yet to be determined what’s gonna happen.”

There was even a meeting amongst golfers Friday morning, Ferguson said, to limit touching the flag sticks out on the course.

“We are open,” said Charles Whelan, golf course manager for the City of Owensboro, “and we’re taking every precaution possible as far as sanitization goes.

“We’re trying to clean everything we can constantly, just making sure the public is safe and feels safe. That’s our main priority.”

Terry Delk, owner of The Pearl Club, is hoping the playing parameters of golf — outdoors, limited contact and good weather — will help prevent the prevalence of the virus.

“We don’t have any intentions of closing anything,” Delk said. “It’s an outdoor sport, so that shouldn’t be a problem for anyone. We’ll institute some special cleaning on the carts, and we’ve already started extra cleaning in the clubhouse.”

As long as the pandemic doesn’t keep customers away, Delk is anticipating a strong spring — both at his course and throughout the area.

“There’s been so much rain that we couldn’t really tell if we’ve got any increases, but it looks like it’s gonna be a good season,” he said. “If this scares everybody off, it could change things, but we expect a really good season.”

The Pearl Club is currently renovating bunkers on the front end of the course, and it will serve as host of the high school golf 3rd Region Tournament — “if it gets played,” Delk noted.

“We’ll get through it,” Delk said. “It’s just how long it’ll take and what’ll happen until then.”

If the level of activity Sunday at Panther Creek is any indication, Ferguson expects a positive few months ahead.

“Sunday was an extraordinary day; sunny and 70 degrees,” he said. “We had more golfers than we could keep up with. Since then, the weather hasn’t been conducive to golf. I’m anxious to see, on a pretty day, what golf would look like in this environment.”

For the foreseeable future, however, Owensboro-area courses are hoping to carry on business as usual.

“Unless we get direction from local or state officials, we’re gonna keep doing what we’re doing, with an abundance of precaution,” Ferguson said.