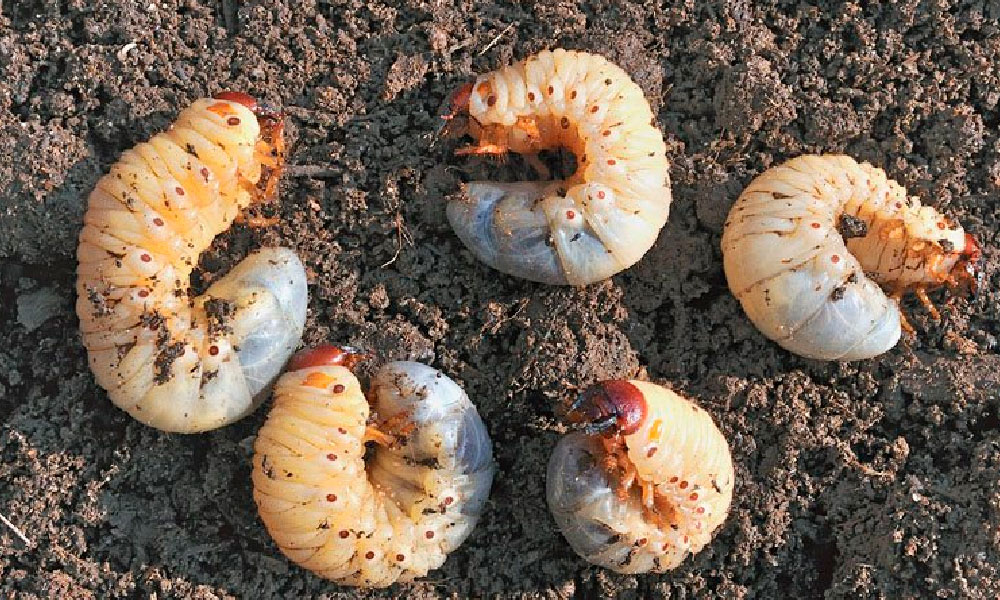 During the past three decades, entomologist Dave Shetlar, Ph.D. Since he retired three years ago from Ohio State, Shetlar, aka, The Bug Doc, admits there are times when the insects know best. The reality, says Shetlar, who in retirement still conducts entomology extension work for Ohio State, is grubs are marvels of evolution and as such, there is no real accurate predictor of grub populations from year to year. «We always lose some grubs whether it is a warm winter or a cold winter,» Shetlar said.

Shetlar’s colleague at the University of Kentucky, Dan Potter, Ph.D. “I gave up a long time ago trying to predict grub populations,” said Potter, the recipient of the 2010 USGA Green Section Award. Through June 3, nearly 25 inches of rain have fallen so far in 2020 in Lexington, Kentucky, where Potter lives. That’s about 6 inches more than the historic average.

It is even more dramatic in Shetlar’s hometown of Columbus, Ohio, where 26 inches of precipitation has fallen to date this year, which is 10 inches more than the norm, according to the NWS. I gave up a long time ago trying to predict grub populations. Some beetles will lay eggs in higher areas during wet periods and in low-lying areas when it is dry, hoping to take advantage of any available surface water. There also is evidence that female Japanese beetles can see at least some color and thus will never enter brown turf when seeking a place to lay their eggs.

They also can sense soil moisture, Shetlar said. “If it’s not moist enough,” Shetlar said, “they’ll leave and go to another area». Because the eggs require a moist host, Bug Doc also noted evidence of masked chafer adults waiting for just the right conditions for egg-laying before emerging from the underground lair.