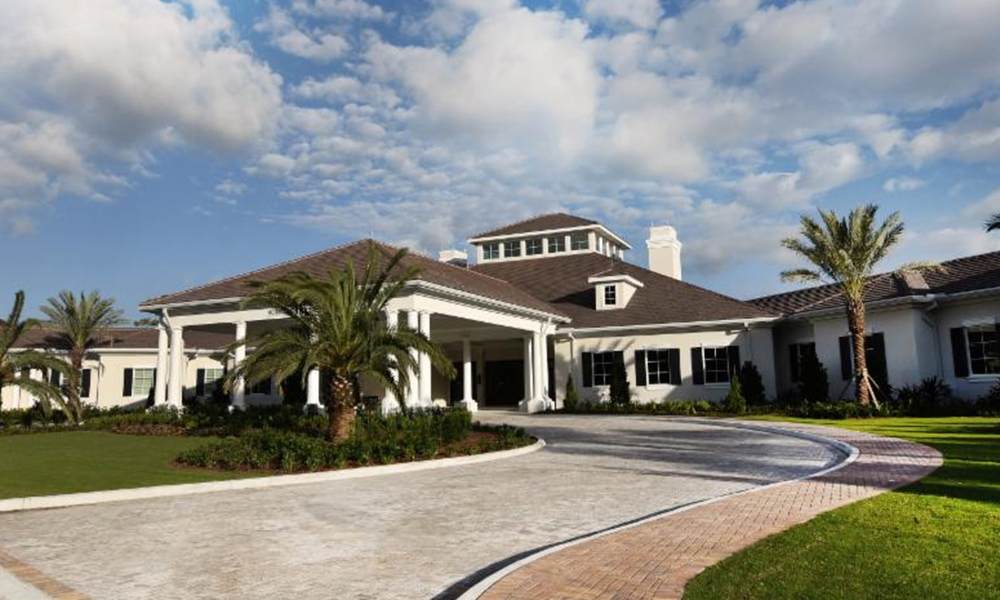 Five months after unveiling a $23 million clubhouse that has spurred record real estate sales, Quail Ridge Country Club residents have approved another $10 million in capital projects to renovate the South Course, expand the Spa & Fitness Center and replace the irrigation and drainage on the southern part of the high-end private community.

A major part of the next phase of Quail Ridge’s strategic long-term planning calls for acclaimed architect Bobby Weed to renovate the South Course, which was built by Joe Lee in 1974. The $6 million renovation is expected to start in April.

“I’ve always said a good club starts with a good golf course, but the membership really makes the club what it is, and at Quail Ridge they are very passionate about the game,” said Weed, who is designing Michael Jordan’s private course, Grove XXIII, in Hobe Sound, where he also recently re-designed Greg Norman’s Medalist Club.

“They’ve done a very good job of recording their heritage and history and pedigree of the golf courses, but what they are doing now is upgrading for the next generation. Quail Ridge has great golf history, but at this point it’s important to take it to the next level. The game has changed. If Joe Lee was alive, he would change the course because the game is played differently today than it was 40 years ago.”

As part of the $10 million project, Quail Ridge will spend $2.5 million to modernize its community irrigation and $1.6 million on expanding the Spa & Fitness Center.

The South Course has hosted top amateur events such as the Society of Seniors Championship – the society’s founding home is at Quail Ridge – the Florida State Senior Amateur Championship, U.S. Open qualifying and the Palm Beach County Amateur. The Club is also considering renovating the North Course in the future as part of its long range strategic planning. Bobby Weed will most likely be engaged in that project as well.

“With the passing vote for the South Course, it shows our membership recognizes the value of the club’s No. 1 asset – the golf courses,” said Quail Ridge Head PGA Professional Mike Korenoski.

“Having a designer like Bobby Weed lead this process to modernize our golf courses will give Quail Ridge another boost. For potential members, they’ll see the new clubhouse, upgraded tennis and fitness facilities and the new golf course on the horizon. It’s hard to imagine there will be a better overall product than Quail Ridge.”

Through March, property sales of 39 were more than double the volume of last year (18) and 2016 (14) for the same three-month period. The same buyers that were willing to wait a year ago now want in. Moreover, 200 summer golf memberships were sold out before the program started.

Quail Ridge’s new clubhouse has been like a rising tide that lifts all boats. Fitness and Spa Director Lisa Haggas says the number of residents who used the facility this year increased by more than 10 percent, and she sees that number doubling after expansion that will increase the size of the building by almost 50 percent.

“The excitement from the new clubhouse has carried over into the fitness center and throughout the community,” Haggas said. “The extra space will allow us to meet current trends in the industry, including High Intensity Interval Training, a Pilate’s studio, stretching areas and an outside exercise patio.”

The new clubhouse also improved the golf operations by expanding the golf shop, adding new men’s and women’s locker rooms and improving the experience with a more visible bag drop.

Total rounds have remained steady and very busy during the season, but Korenoski said there are different faces on the course.

“We have this new building, which is great, but what’s really apparent is the excitement and renewed energy from the membership,” Korenoski said. “They are proud of this accomplishment, they see a tangible result in the money they’ve been asked to spend and they want to enjoy it and share the experience with their friends.”