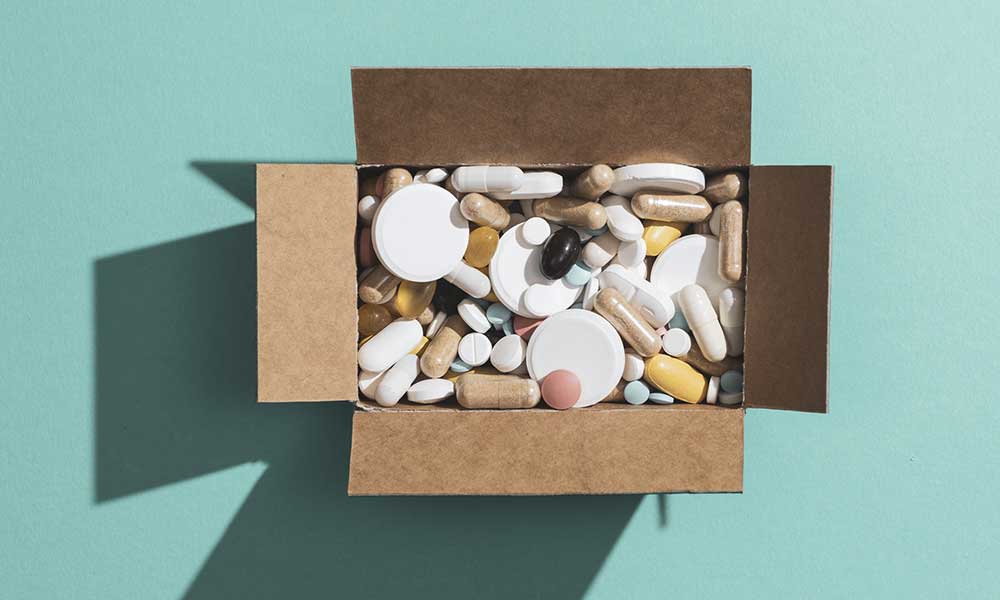 Abstract: More employees are using drugs illicitly, escalating the burden of identifying and responding appropriately to workplace impairment. Failure to maintain a drug-free workplace can lead to an erosion of profits caused by everything from lower employee productivity to lawsuits by injured customers. The problem has become more difficult with the rise of opioid addiction and the legalization of marijuana at the state level.

The employee’s request had a certain degree of logic. He had just received a prescription for medical marijuana from a naturopathic physician. Could he get permission to smoke the substance on the job?

The employee argued that Colorado—the state where the business was located—had recently legalized marijuana. “We had quite a talk about that,” recalls his supervisor. “He told me I should allow him to smoke the marijuana on the job just as I allowed other people to take their legal medications.”

What did the employer decide? The answer appears at the end of this article, but for the moment our anecdote illustrates a larger problem: Businesses large and small must deal appropriately with the growing incidence of impaired employees. Alcohol. Marijuana. Amphetamines. Cocaine. Heroin. Codeine. Morphine. Barbiturates. Workers under the influence of any such substance—legal or otherwise—threaten the bottom line.

“Impaired workers are safety risks,” says Faye Caldwell, managing partner of Caldwell Everson PLLC, a Houston-based law firm specializing in workplace drug testing (caldwelleverson.com). “They pose a danger to themselves, to coworkers, to company property, and to the public.”

For businesses, the downsides of worker impairment are many. “Employers responding to our surveys cite absenteeism as the number one negative result of substance misuse,” says Karen Pierce, Managing Director of Working Partners, a consulting firm based in Canal Winchester, Ohio (workingpartners.com). “The number two and three responses, in order of severity, are decreased productivity and workforce shortages.” Pilferage may also increase, and workplace morale may decline when clean employees must shoulder tasks neglected by their impaired coworkers.

Accidents caused by impaired workers, though, pose perhaps the greatest risk. Anyone under the influence of a drug or alcohol can be a dangerous person and can potentially damage themselves or others. Some 47 percent of workplace accidents that result in serious injury and 40 percent of those that end in death have alcohol and other drugs involved, according to Quest Diagnostics, the national drug testing company that tracks such matters (questdiagnostics.com). Accidents, in turn, can cause spikes in workers’ compensation premiums.

Finally, customers or visitors injured by impaired workers may sue for damages. Courts often assume the employer is at fault when someone is hurt at a commercial enterprise. “It’s critically important for any business to protect employees and the public,” says Joe Reilly, President of his own drug testing consulting firm in Melbourne, Fl. (www.joereilly.com). “At smaller companies especially, one accident can be devastating.” And those smaller businesses which forego drug testing can be favored haunts for abusers avoiding the pre-hire tests typical of larger enterprises. The problem escalates at high-turnover organizations relying on part-time, temporary, and seasonal workers.

If data from the national testing activity is any indication, employers will face a growing incidence of such risks. The portion of U.S. employees testing positive for marijuana, amphetamine, and heroin, for example, recently reached a 10-year high, according to a report from Quest Diagnostics. Some 5.5% of employees now fail urine drug tests.

So what’s driving all this? The largest reason is a culture of impairment that shows no signs of tapering off any time soon. More states are legalizing marijuana for recreational and medical use, a trend that has helped normalize the drug. Some believe that greater tolerance of marijuana has helped raise the social acceptance of other illicit substances.

Another major contributing factor has been the trend toward abuse of pain pills. The opioid epidemic has become a significant issue for employers who face the confusing task of responding appropriately to the abuse of prescription drugs employees have obtained legitimately or illicitly.

Finally, the COVID-19 pandemic has had an important effect on substance misuse. “We know that there was about a 29% increase in overdose deaths during the pandemic last year,” says Pierce. “We’re also seeing a lot more suicides, substance misuse, and mental health issues. Some 40% of adults reported struggling with mental health or a substance misuse issue, according to the CDC. I’m not even sure we’ve seen all that we’re going to see as far as the impact of the pandemic.”

Employers are not powerless to address the issue. “We believe that a drug-free workplace program is the best way to prevent substance misuse,” says Pierce. “Such a program consists of five essential elements: a legally sound, state-specific policy; a program of annual employee education; supervisor training on substance misuse issues; testing in whatever flavor the employer thinks appropriate; and finally, a plan (such as an Employee Assistance Program) to help people who may have a problem or maybe on the verge of a problem.”

A successful program starts with a written policy prohibiting the use of illicit drugs on the job or on the way to work. “Employees need to know the consequences of a policy violation,” says Reilly. “They should be informed of the harmful effects of drug use, how it can affect their work, their coworkers, and the overall business.”

Testing is a vital tool for protecting a company. “Most of the employers we work with do pre-employment or new hire tests,” says Pierce. The former provides results before the person starts work; the latter sometime after. “Most employers are also doing what we call reactive testing—both reasonable suspicion and post-accident. Those who want to be more proactive can add random testing, which can deter substance misuse.” The more safety-sensitive the work, the more likely a company will consider random testing.

Prior to starting a drug-testing program, the employer should consult legal authority to ensure compliance with federal, state, and local laws, many of which directly address the topic. Random testing, in particular, often comes under varying scrutiny. “Some states allow random testing only of people in safety-sensitive positions,” says Pierce. “Ohio, on the other hand, has an incentive program that provides rebates on workers’ compensation premiums for companies that have a drug-free workplace, with the highest discounts reserved for those organizations doing random testing.”

A drug-testing program can be dangerous in isolation. “The worst thing you can do is wake up one morning and decide to start testing people,” says Reilly. “If you get a positive, you then have to ask yourself ‘What do I do now?’” A workplace drug policy should mandate the appropriate action. One option is termination. Another is an offer of a second chance for the employee who will complete an education and/or treatment program and then undergo follow-up testing.

Many counselors urge employers to look seriously at the second chance option for first offenders. A large percentage of people who test positive for the first time are not yet dependent but have only recreationally imbibed. If they are dealt with properly, including counseling, they may well turn into excellent, loyal employees.

Testing uncovers illegal rather than legal drug use. Employers will not receive positive test reports for use of a prescribed drug. In such cases, the medical officer confirms the existence of the prescription and reports the test as negative with no details included.

This can pose a problem. What if an employee is exhibiting erratic behavior as a result of legal prescription drug use? While in such cases an employer may have actionable performance issues, there may also be a legal requirement to accommodate the drug user with changes to job duties. Here, again, an attorney must confirm compliance with federal, state, and local laws.

At the very least, a workplace policy should require employees to report any negative side effects of prescription drugs. “Many prescribed drugs have warnings about operating machinery or driving vehicles,” says Reilly. “People on prescribed medications should provide statements from their physicians as to whether or not the medicine will affect their job performance.” Supervisors should monitor and respond to any resulting performance concerns, he says. “If it turns out an employee using prescribed drugs cannot do an assigned job, consider accommodating the disability by reassigning duties, or granting medical leave for a set period of time.”

“Of all the tools available to the employer, the most effective is supervisor training,” says Caldwell. Employers should help supervisors learn how to recognize signs and symptoms that an employee might be under the influence. They should also know what actions to take when symptoms are seen, such as a reasonable suspicion drug and alcohol test. “If the observed behavior is a safety issue, supervisors must not be afraid to intervene and remove the employee from the duty causing the danger,” says Caldwell. “Then they must investigate by talking with the individual and performing a drug test if appropriate.”

While supervisors typically know how to spot employee behavior that might indicate substance misuse, it is less common for them to feel comfortable responding. “Sometimes supervisors are not trained properly or they lack the nerve to take action,” says Pierce. “They may lack motivation for many reasons. Maybe they’re users themselves, or at one time they were peers of the individual whom they are now supervising. Or maybe they don’t know what to do: They just don’t have the necessary skills.”

The solution is to have supervisors sign off on the company policy and seek higher-level assistance when required. Evidence shows that many companies have more work to do in this area. “In one of our recent surveys, half of the organizations did not have procedures in place for what to do when they had a reasonable suspicion of substance misuse,” says Pierce. “And another survey revealed that less than a quarter of employers do the requisite annual supervisor training.”

When it comes to workplace drug policies, one size does not fit all. Broad brush drug testing requirements, for example, may not be suitable for all categories of workers. Employees in safety-critical jobs, who drive vehicles, or who interface with clients, may be subject to one set of policies. Those in accounting and sales may be subject to another.

Now, finally, we can address the conundrum posed by this article’s opening story. An employee requested permission to smoke medically prescribed marijuana on the job. The insights from experts quoted above might cast some light on the puzzle. How should the employer respond?

For the supervisor in charge of the employee, the answer was clear: “I said I couldn’t allow it. Doing so would set a bad precedent for the rest of the employees. To me, it’s like alcohol—if we find someone drinking on the job they’re not going to be here for long because they violated our policy of no tolerance.” The employer’s attorney supported his decision, adding a critical detail: Any substance illegal at the federal level can be banned from the work premises regardless of state law.

Phillip M. Perry is an award-winning business journalist based in New York City. He covers management, employment law, finance, and marketing for scores of business magazines.