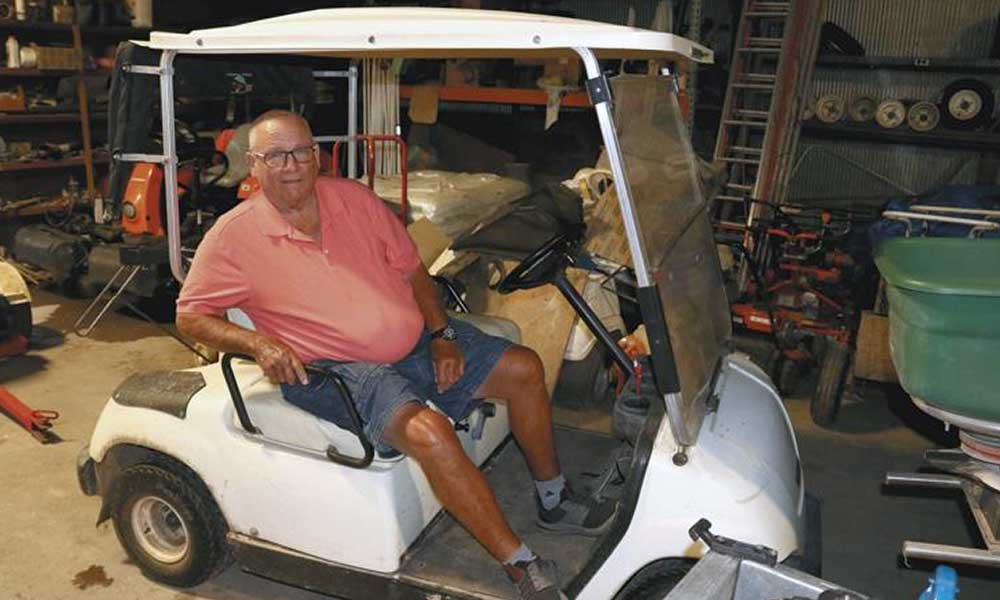 Greg Bingeman, 72, has worked at the Susquehanna Valley Country Club since 1965.

While attending Selinsgrove High School, he started as a regular course employee, raking the sandpits and maintaining the golf course. Now he has climbed the ranks, recently celebrating 50 years as the superintendent of the club.

After working in the golf shop for a few years, while working at a few other clothing stores, the Shamokin Dam native enrolled in turfgrass management courses at Penn State in 1967. Finishing his coursework in 1969, Bingeman worked a few more years until he accepted the golf course superintendent position at the club.

“Every day we start out with certain things. We mow greens, we do tee-markers, fix divots and that kind of stuff. Then go from there,” said Bingeman.

In his off time, Bingeman made it clear he likes to get away from the fairways.

“When I’m done working, I feel like I want to do something else and get away from my work. So I normally don’t play a whole lot,” he said.

Instead, he prefers to relax outside with a newspaper or a book. Also in his free time, he helps with his son’s lawn care business.

His son, Charles, who Bingeman praised as a talented mechanic, returns the favor by coming in on weekends and fixing up some of the carts or tools around the club.

“If we run into anything during the week we can’t take care of ourselves, he takes care of it on the weekends for me,” said Bingeman.

With a grandson entering the Marine Corp. and a granddaughter starting her first year of high school, Bingeman has decided to cut back on his hours. But only a little bit.

Bingeman is far from retiring. He said that he still plans on coming in every morning Monday through Friday in the week.

“We have a person who’s going to take my position, but I’m still gonna be around,” said Bingeman. “I’ve worked seven days a week for 50 years, it’s time to give it up.”

Bingeman’s wife worked at the Susquehanna Valley Country Club with him, until her death in January.

For 44 of his 50 years, Bingeman has also worked with his sister-in-law, Catherine Day.

“He asked me one time if I would be interested in coming down to do some painting and I said sure. Now I’m still here,” said Day, with a laugh.

Day, a laborer at the club, said that Bingeman has always been easy to work with and that he can get along with anybody.

“He’s a very simple person, but he knows his job. I don’t think we’ve had anybody work here that couldn’t get along with him,” she said.

Bingeman shared a similar sentiment toward Day. He said that she and his wife took care of the range while he was in the hospital for three months a few years ago.

“She’s still sticking around. I’m not sure how long we will be, but as long as we can, I guess. I have nothing else to do,” Bingeman said with a smile.

Bingeman said, “I’ve enjoyed it here. If I didn’t, I wouldn’t stay.”