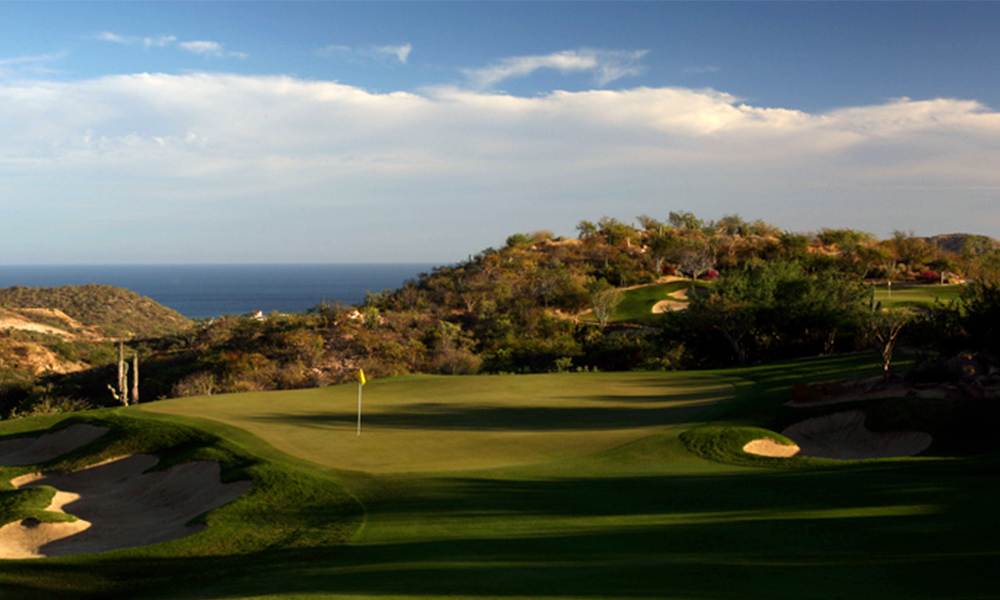 I’ve been to Mexico’s Baja Peninsula many times over the past three decades. I’ve seen it evolve from a sleepy, cult-like destination to a full-fledged megapolis – with over 300,000 inhabitants – connecting the once-dusty towns of Cabo San Lucas with San Jose del Cabo, which are situated about 20 miles apart. Where there once was a lonely gas station and open rangeland along this stretch, visitors now find shopping malls, resort hotels, spas, fast-food restaurants, big chain stores, golf courses and all manner of Americanized urban sprawl.

On one of my trips, I played Querencia, Cabo’s first members-only golf club. Designed by Tom Fazio, the par-72, 7,133-yard course opened on November 3, 2000. A “Shell’s Wonderful World of Golf” match pitting Sergio Garcia against Phil Mickelson (Mickelson’s 67 bested Sergio’s 72) officially inaugurated the place in February 2001. From the tips, the track sports a course rating of 74.5 and a slope of 145, among Baja’s highest.

In Spanish, Querencia (pronounced “Kah-ren-see-ah”), means a sanctuary; a place to feel safe, strong and at home; a place to return. For the club’s members, that’s an apropos description given the fact that this is a very attractive place to call home.

The golf course occupies 320 acres of the 840-acre reserve, which is situated a couple of miles west of San Jose del Cabo and near Palmilla Resort. Querencia was developed by Gaylord Entertainment (which is now part of Ryman Hospitality Partners); the Gonzales family (owners of the site and Baja’s first Ford dealership); and the Samises (an Oklahoma City clan which had a home at Palmilla and harbored dreams of building an exclusive golf course in the area).

The members hail from the U.S., Canada, Mexico, and other points around the globe. The development offers 350 memberships and a like number of residences, including single-family dwellings and villas. Strict covenants ensure that the architectural styles of the homes will not clash. There won’t be any Cape Cod mansions here. After considerable thought, the developers selected a “nouveau rustic Mexican” style for the houses.

On to the Course

I had managed to play all of Cabo’s courses at the time following my visit to Querencia. However, Baja’s course total has risen to 20 since then. Most of these are resort-type and private facilities catering to residential-lot buyers. I left Querencia believing that it was the best of the existing group of courses despite its lack of dramatic ocean-side holes – such as those found at Eldorado, Cabo del Sol, Palmilla and some of the newer layouts (which boast architects named Davis Love III and Tiger Woods). It’s quite far from the Sea of Cortez, going up and down, over and across precipitous terrain situated more inland than other Cabo courses.

Contributing to the overall challenge is the site’s 350 feet of elevation change; an array of stand-alone holes (I rarely saw other golfers during the round); magnificent conditioning (thanks to a massive maintenance crew); and the fact that, in hosting a mere 10,000 rounds a year, the layout is virtually virgin ground.

Fazio “reshaped the environment” at Querencia, which was created over an 18-month span by one of the industry’s top golf-course builders, Wadsworth. Over 680,000 cubic yards of dirt were moved during construction, a remarkable amount for any project, but especially one at this rugged site.

Entire arroyos were filled in and sculpted into outstanding tests of golf. No. 14, a tasty par-3, was built from scratch, replacing a deep cross arroyo with a huge green complex. Fazio and the developers went to considerable pains in preserving desert flora. An extensive re-vegetation program involved removing over 4,000 native species, temporarily storing them in a special nursery, and replanting them around the course. In all, over 350,000 native plants were returned to their roots – including many flowering species that attract hummingbirds.

Other extra-special treatments were taken. Incredibly, for an expansive course that sprawls over acreage roughly twice the usual amount of land for 18 holes, you rarely glimpse an intricate cart-path system surreptitiously arrayed throughout. The concrete used in the paths was mixed with an ocher-tint to match the surrounding desert, adding to the covertness of what can become – without such forethought – eyesores.

The bunkers are true works of art. From afar, especially from the tees, the traps appear as if they’ve been etched into the ground, amoeba-like in configuration with sharp, hand-mowed edges.

Querencia didn’t use just any ordinary Bermuda grass for the course. Over 90 acres of sod were transported by refrigerated trucks from West Coast Turf in Palm Desert, Calif. The developers held their collective breaths after the turf was planted. Thankfully, the hurricanes common to Baja (and which have washed out parts of several courses over the years) held off. What’s found at Querencia are close-cropped and healthy 328 Bermuda tees, Bulls Eye Bermuda fairways and rough, and Tif Eagle Bermuda greens. Querencia’s greens are among the toughest to negotiate in Cabo. Like the area’s other putting surfaces, they’re cut short, but the dastardly grain here is truly mind-bending; this must be due to the course’s location in foothills.

The opening nine starts at one of Querencia’s highest points and seems to have holes that go from peak to peak like those seen in the phantasmagoric golf calendars. The 1st, a 426-yarder, is one of Cabo’s prettiest holes, with Cortez vistas, a wide route lined by cavernous bunkers left and desert right. The fairway eventually veers slightly left to a big and rolling putting surface trapped left.

No. 2 is a 246-yard par-3, a lovely downhiller with a feral putting surface trapped twice on the right-front edge. The short par-4 third features a tight landing area and a sloping green in a hollow. The par-5 fourth is a sweeping left-bender defined by an overgrown canyon and a fairway with many moguls. At about the 100-yard mark, the hole bears left to a cliff-perched green guarded by bunkers on both sides.

The 373-yard fifth features one of Querencia’s tallest tees, and a tight garden spot for drives. From there, the hole reverses itself and ascends steeply to a hill-cut green ringed by three deep traps. The eighth, a 197-yard par-3, goes slightly uphill, circumventing dense detritus to a severely front-sloping green trapped front and back (whatever you do, don’t go there). And the ninth is a 595-yard par-5 that drops 150 feet, ending at a banana-shaped green angled 45 degrees to the fairway.

The tougher challenges on the home half include the 13th, a 451-yard par-4 with a big landing area for tee shots. From here, the hole bends leftward around a rugged canyon and then rises steeply past two traps at the right-front of a wild, multi-tiered green. Another good two-shotter is the 16th, a 466-yarder that goes slightly downhill over a wide path into Sea of Cortez breezes. Two deep bunkers lurk along the right of its V-shaped green.

That’s it for Querencia, one of the finest courses (among the 800-plus) this writer has ever played.