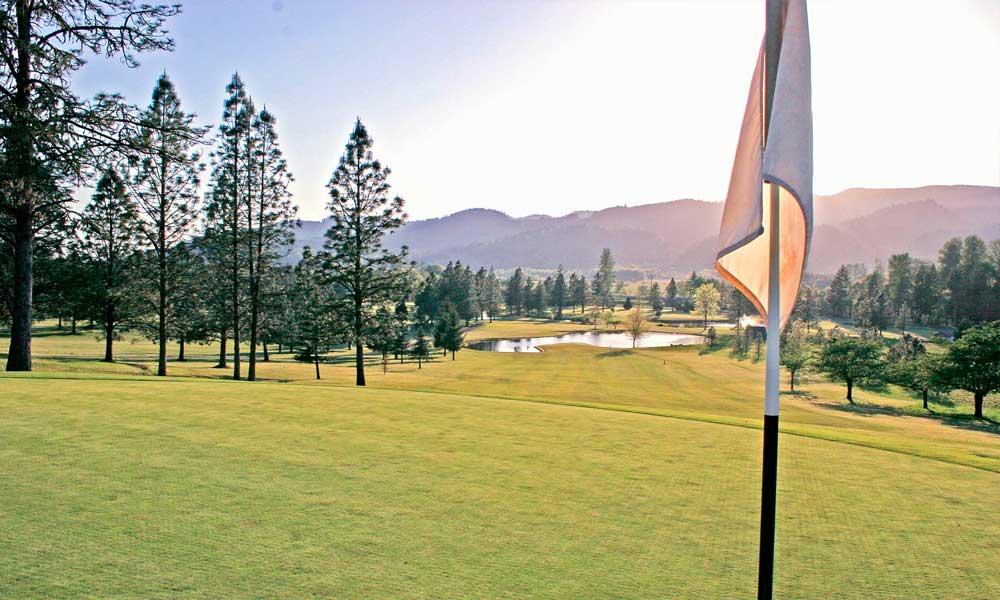 There’s new management at the former Springfield Golf Club. Under a new name, Pine Ridge Golf Club, with a new owner, Ron Perkins, and a new Golf Superintendent, Rory Allison, things are changing at the course.

“Because of the financial difficulties, the course condition had deteriorated,” says Perkins, a former Springfield Golf Club board member. “It wasn’t maintained to the level that a course like this, a quality course like this need to be maintained.”

“A lot of little things that add to one big thing to making it not as good as it should be,” includes Allison.

And so under a sole owner instead of a board of directors, Perkins, Allison, club pro Nic Sherman and comptroller Valerie McKinley, set out to make major changes on and off the course.

“We’re serving dinners now and also we have the lottery here,” McKinley mentions. “We’ve made improvements to the clubhouse, we’ve put in a fireplace and a rock wall.”

“They’re much lusher, the greens are way more puttable than they were last year,” says Sherman of the course itself. “It’s just an overall improvement in the aesthetic and the playability on the playing surfaces.”

A lot of the course changes come from the mind of Rory, whose wealth of experience running a golf resort in Hawaii became a difference maker.

So KEZI 9 Sports Director Andrew Haubner hit the course with Sherman to see some of the changes first hand.

“What the fellas had to have done is that they’ve had to sod cut in from the nursery green,” Sherman explains, pointing to a repairing patch of green on the 6th hole. “It’s actually holding quite well in the middle of the green. A week from now you won’t be able to tell that that’ll be sod cut in.”

All the extra work, done in the hope of bringing outdoor enthusiasts a place to eat, hang out, and play golf in the summer, a bit closer to home.

“It’s very important,” Allison says. “Everyone loves to get outside when it’s nice and a golf course is a perfect way to do it. They don’t pay to be unhappy with the conditions. They want to pay, come out here and have a good time and be nice. They want it to be a park.”

“This is probably one of the most scenic courses in the valley,” Perkins includes. “The views we get from the tee boxes on the front 9 are spectacular.”

McKinley concludes, “I’ve seen it going from being financially devastated to what it is now and it’s completely different.”