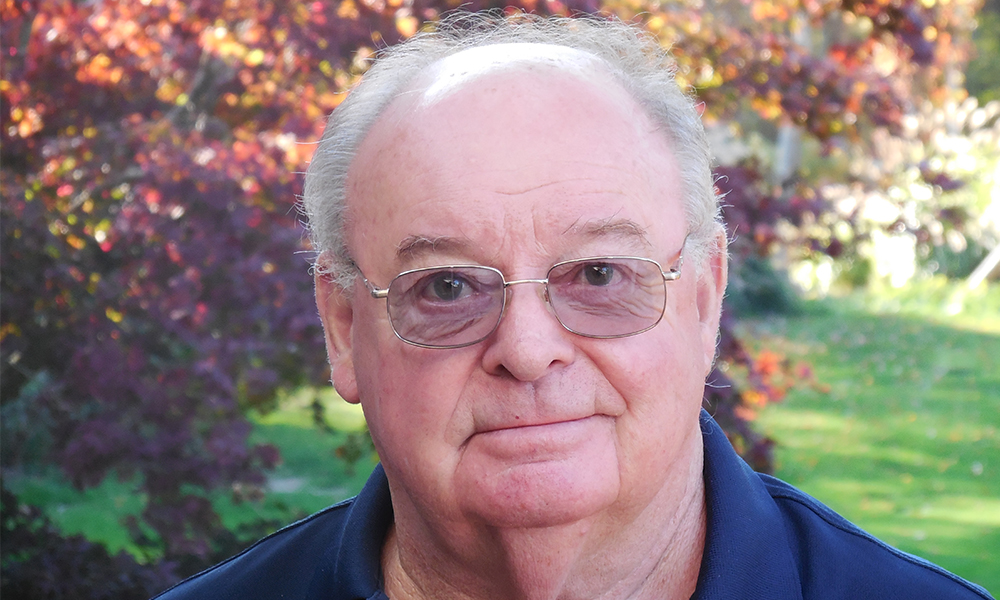 Melvin Lucas sent me a letter after reading the latest installment about golf books for my column, Golf Books: Making the Rounds Part 19.

Lucas mentioned that he recently wrote and published the above title, a subject he noted was not covered among the vast collection of golf books he began accumulating decades ago.

After starting out as a teenager working alongside his greenkeeper father at a New Jersey golf course, Lucas went on to a lengthy and remarkably varied career in turf and golf course design/construction. Over the years, he also served as president of these organizations: Golf Course Superintendents Association of America; Long Island Golf Course Superintendents Association; Nassau County Cooperative Extension Agency; New York State Turfgrass Association; and the Golf Collectors Society. He’s been on the USGA Museum and Library Committee for 35 years and now operates Links Counsellor (https://linkscounsellor.ecwid.com/).

In his own words, Mel Lucas’s recounts why he wrote the history of greenkeeping.

“As the son of a golf course superintendent, I appreciated my father’s work ethic. I saw this first-hand while working for him as a teenager in the mid-1950s at a semiprivate club in Spring Lake, N.J. He was involved with the New Jersey branch of the GCSAA and was hired by Piping Rock Club on Long Island in 1960, the same year I entered Penn State’s Turf Management program. I worked summers for him at the exclusive PRC, a C.B. Mcdonald-designed course with a rich history. While there, I read several old books on golf course architecture in the club’s library. New York City was a 40-minute drive away and I often visited bookstores on 4th Avenue. I found many books of great interest and began my own golf book library.

“In 1964, I was inducted into the U.S. Army and, because I worked at PRC and graduated from Penn State’s well-regarded turf program, I was assigned to Fort Devens, Massachusetts, to build an 18-hole course [later redesigned and now called Red Tail] with the 20th Army Engineers Battalion. My position was at the same level as the battalion commander while I oversaw the design and construction of the golf course. When time permitted, I would go into Boston for an early dinner and visit antiquarian book shops, so my golf book collection grew.

“Following my discharge from the Army on May 4, 1966, I started working as the superintendent at Garden City Golf Club in New York, which had offered me the position in December 1965. I was now blessed to be at a club that played a major role in U.S. golf history; it was Walter Travis’s home club [for more info, read Jay Flemma’s article at https://www.golfcoursetrades.com/green-and-gothic-garden-city-still-shines-118-years-later/].

“By this time, I was hooked on what golf was all about. I was at this club for 13 years and eventually was the superintendent at both PRC and GCGC after my father passed away. I served both clubs for a year before staying on at PRC for eight more years.

“With a young family, I started looking for work at a less-demanding club. In 1985, I came across a course that was to be built in South Dartmouth, Massachusetts. My parents were born there so I knew the area very well. In 1988, I was hired to design and build The Links at Round Hill.

“During this time, I became aware that the developer was in financial trouble. I contacted some trusted associates and traveled to Vienna, Austria, to view a course during grow-in that was designed by G&G Hauser. I soon became an advisor to this European golf architecture firm on all their projects. From 1989 to 2018, I have been turf consultant and grow in-advisor at over 40 golf courses on the Continent.

“Over the years my golf book collection has grown to over 4,500. In 1998, during my downtime from November through March, I began writing a book on the history of greenkeeping. Not one book in my vast collection was written on tracing this profession. It has many books about golf pros, golf architects and how to grow grass, but not one on the important role of the greenkeeper/golf superintendent. Over the next 18 winters I wrote a book that now fills this void.” Melvin Lucas can be reached at linkscounsellor@comcast.net. To order his book, send a USPS money order or check for $55 to 612 Smith Neck Road, South Dartmouth, MA 02748. Massachusetts residents add sales tax at the current rate.

GCT talks to Dennis Kitzelman Superintendent of Fremont Golf Club
Golf course insurance: What you need to know
To Top