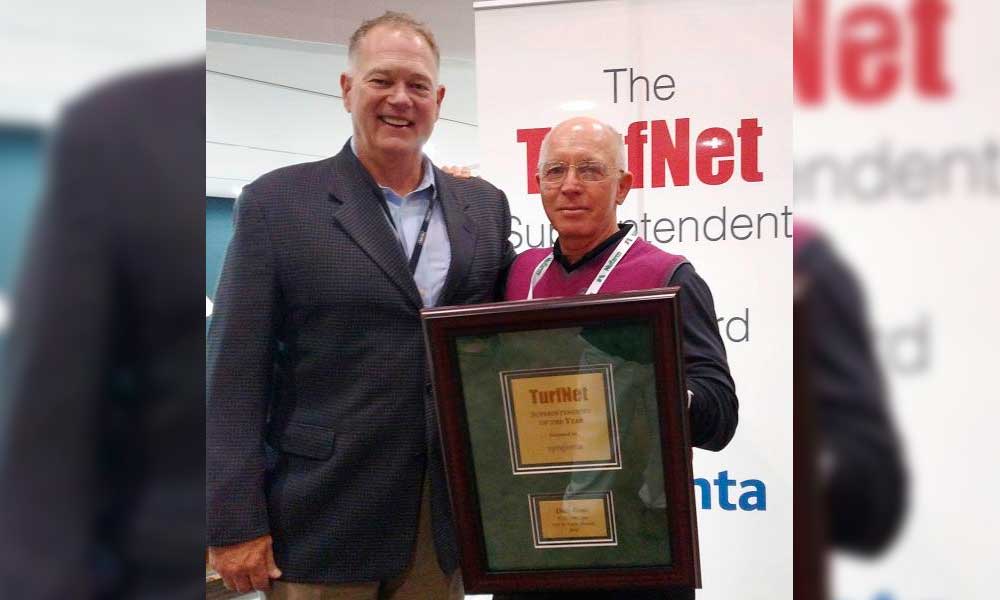 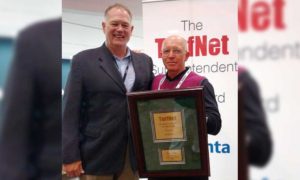 In fact, it can be argued that only Jack Nicklaus has made a larger impact on the golf industry on Florida’s Treasure Coast and Palm Beaches than Dick Gray. And at age 73, he still has an edge that is reminiscent of an athlete with a chip on his shoulder. Seven days a week, he continues to attack his job the same way he targeted opposing “wrasslers” in high school and college back in Indiana in the 1950s and 60s – like he still has something to prove.
“I see the world through the eyes of a guy who has been on the mat,” said Gray, superintendent at PGA Golf Club in Port St. Lucie. “When I see someone, I’m sizing him up. I’m looking for opportunities and holes so that if push comes to shove, I know where I’m going and he doesn’t. And that’s my world.”
Gray has spent a lifetime making good courses great, and despite his rough exterior, he has a unique approach to personnel management in an industry known for chewing up and spitting out the personal lives of those who work in it.
For his years of dedication and lasting impact on golf courses from his native Indiana to Florida and a stop or two in between, Gray was named the winner of the 2016 TurfNet Superintendent of the Year Award, presented by Syngenta.
Four years ago, PGA Golf Club wasn’t on the precipice of disaster. It already had been pushed over the edge, said general manager Jimmy Terry, who was hired shortly after Gray to revive the association’s flagship property.
Fairways showed more weeds than turf and many greens throughout the property were flat dead. Terry said he has a photo depicting conditions before Gray’s arrival that shows a green with mostly dead turf save for one square of sod so there was something to cut a cup into.
After four years, the property is back, membership is up by more than 10 percent and Gray is overseeing a multi-phase renovation that will have the property looking and playing like it did when it opened in the early 1990s.
Gray was chosen by a panel of industry judges from a field of six finalists that also included Tom Feller of Cedar Rapids Country Club in Cedar Rapids, Iowa, Michael Golden of Longshore Golf Course in Westport, Connecticut, Brian Green of Lonnie Poole Golf Course at North Carolina State University in Raleigh, Kevin Seibel of Century Country Club in Purchase, New York, and Billy Weeks of Duke University Golf Club in Durham, North Carolina.
That group was selected from a field of 228 total nominees.
Criteria on which nominees are judged include: labor management, maximizing budget limitations, educating and advancing the careers of colleagues and assistants, negotiating with government agencies, preparing for tournaments under unusual circumstances, service to golf clientele, upgrading or renovating the course and dealing with extreme or emergency conditions.
Gray deflected responsibility for his success to his crew back in Port St. Lucie.
“There are 75 guys and gals back at the club who are the ball bearings that make everything run,” he said. “I’m just the grease gun that keeps everything lubed up.”
That humble approach has been his trademark throughout his long and storied career that began in 1967 back in Indiana. He helped put Crooked Stick in Indiana on the map and has worked at a half-dozen clubs throughout South Florida over the past 34 years. He was the architect of record at The Florida Club in Stuart, which opened in 1996. He also was the construction superintendent, grow-in superintendent, head superintendent and general manager.
Gray, who has been a friend and admirer of Pete Dye since they met at Crooked stick in 1969, is so old-school he rejects the title superintendent, instead, embracing the label of greenskeeper, which is on his business card.
“I don’t know what’s happened in this business. Greenskeepers became superintendents, superintendents have become director of this or that,” he said. “In the end, you’re going to be judged on your ability as a greenkeeper, not as an accountant. You have to be able to put it in the ground.”

In the end, you’re going to be judged on your ability as a greenkeeper, not as an accountant. You have to be able to put it in the ground.”

When it comes to relating to his mostly Spanish-speaking workforce, Gray constantly refers to them as “my guys.”
When he passes them on the golf course, he doesn’t just wave and drive on; he stops, puts his arm around them and talks to them.
“You can’t manage them if you can’t put your hands on them,” he said.
He knows all of them by name, he knows their wives and he knows their children.
When he was invited to the Superintendent of the Year ceremony, he made it known that he wanted to stay behind at the golf course so he wouldn’t miss a pizza party with his staff.
“A lot of them have to come a long way to get to work here. They could work anywhere, but they choose to work here. That says something,” Terry said. “They could work at a lot of places, but they come here.
“Dick sees himself as a coach, and he coaches them up every day.”
That hardly seems like the work of someone who has become complacent after a lifetime of accomplishment.
Post Views: 22