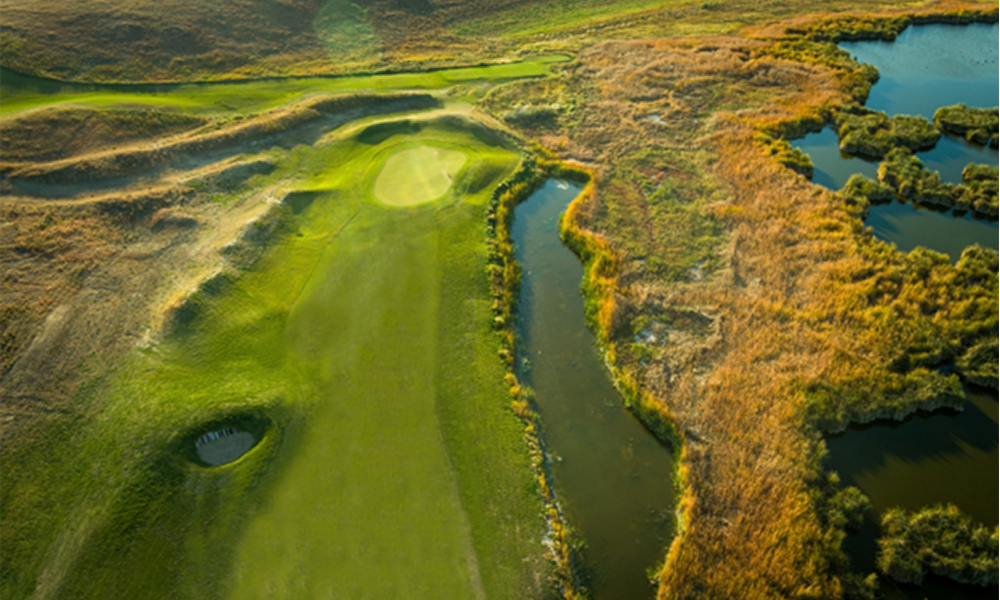 Fox Hills Golf Course in Watford City, North Dakota has been named runner-up 2022 Best Golf Redevelopment in the World by Golf Inc. magazine.  The competition is an annual event which includes courses from around the world including Gil Hanse’ new Les Bordes Golf Club in France and Jose Maria Olazabal’s International Olympic Course at Naravino Hills in Greece which nudged out Fox Hills for the top two spots.  Unlike Golf Inc’s Renovation of the Year competition, these are existing golf courses which have been transformed by reconfiguring, expanding and/or rebranding.

Watford City lies in the heart of the Bakken oil fields but, in 2008, western North Dakota was only beginning to see signs of an oil boom.   Norby added, “the population was only 1,500 people and I didn’t feel the area could support another 18-hole golf course”.    As plans evolved, two neighboring landowners stepped forward and offered to donate land to expand the course’s footprint with the promise of developing home sites and golf course views.   The project started as a nine-hole addition but by 2016 the project had expanded to nearly 500 acres and an entirely new golf course.   “The added land allowed us to work with the natural features and existing topography of the site to create some really stunning golf holes.  This is a unique golf course and something most golfers in the region have never experienced” said Norby.

According to Norby, “one of my primary goals was to create a golf course that would be playable, affordable and fun for golfers with a wide range of abilities and thereby aid in growing the game of golf in western North Dakota.  In addition, in order to generate sufficient revenue to be sustainable long term, I felt it was important to create a unique golf course that could attract golfers from other area communities like Williston, Dickenson and Minot – all over an hour away.  This will be a great course for local residents but will also attract golfers who travel to western North Dakota to play courses like Bully Pulpit and the Links of North Dakota.”

The course features five sets of tees measuring 6,980 yards from the back tees and 4,793 yards from the forward tees.  The greens are large and the fairways are exceptionally wide with carefully placed bunkers which create strategic angles that require the golfer to choose their line of play.  “Wind is a big factor out here in Western North Dakota” said Norby.  “The wood bulkhead bunker faces allowed me to make the bunkers deep enough to keep the sand from blowing out while at the same time ensure that the bunkers would remain visible”.

The par five eighteenth hole exemplifies the strategic nature of this course.  The hole plays 532 yards but six bunkers demand accuracy and restraint.  A well struck tee shot which avoids the first three fairway bunkers will leave a chance to reach the green in two.  The green is large but the slope of the green requires a draw or an approach from the right side of the fairway.

As part of the redevelopment, the Golf Club turned the course over to the City who in turn hired a new superintendent and, for the first time, hired a PGA professional.  To further reimagine and rebrand the course, the City used cortin steel, weathered barn wood and heavy wood timbers to create new signage.  City leaders also did away with the traditional red, white and blue tee markers and selected five symbols for the tee markers that reflect regional landmarks and historic elements including the Lewis & Clark Trail, Long X ox-cart trail, The Badlands, Wild Cow and Cherry Creek.

For more information, you can visit Fox Hills’ website at https://foxhillsgc.com.   You can also visit Norby Golf Design’s website at www.NorbyGolfDesign.com.