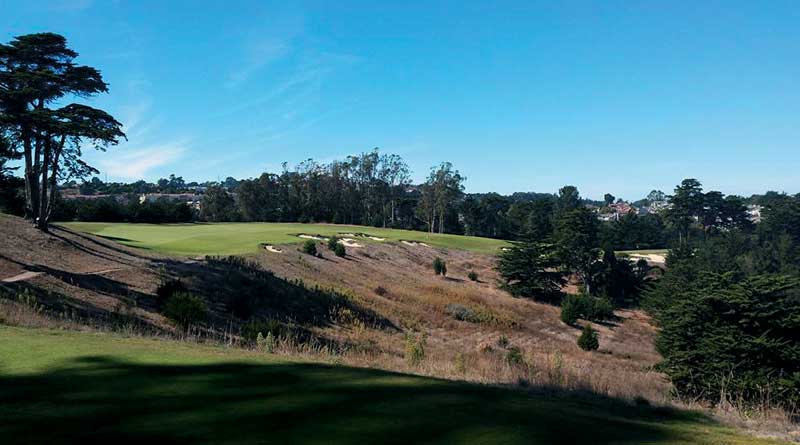 He was no less a personage than the editor-in-chief of one of America’s quintessential golf magazines, and suddenly he was totes jelly, as the kids say, like a teenager longing to borrow his best friend’s new Fall Out Boy album.

“You’re going to California Golf Club of San Francisco?” he asked breathlessly, his eyes suddenly aglow. “I hear that’s the best restoration in the history of golf.” 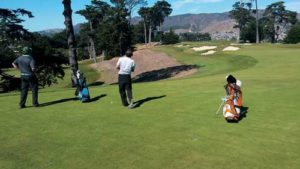 That stopped me in my tracks. I’d heard the holy whispers of the golf illuminati uniformly praising architect Kyle Phillips’s combination renovation/redesign of this 1918 A.V. Macan and Alister Mackenzie masterpiece – it was all the talk of the golf cognoscenti. But this was independent confirmation of the highest order. One of the three most powerful men in golf journalism was agog at the prospect of my playing Cal Club, as it’s known to its friends.

“You tell me all about it. I want to know everything,” he finished energetically.

That was back in 2012, during U.S. Open week in fact, and Cal Club, knocked everyone’s socks off. With every major golf journalist just a few short miles away at Olympic, Cal Club seized the opportunity to impress the eyes of the golf world, and they exceeded all expectations.

“But in the 1960s the California Department of Transportation seized a portion of the golf course by eminent domain to build an expressway. Robert Trent Jones was hired to reconfigure holes 1-5, but the seizure had done its damage…

Upon a return visit this year, the club sparkled even more brightly. Olympic Club may host majors, but with far more tumultuous terrain, wilder greens, and breathtaking views of the city on nearly every tee box, Cal Club has become the haute cuisine of the golf world, every bit the equal of Oly or San Francisco Golf Club, both of which make perennial appearances atop everyone’s rankings lists.

It’s impossible to overstate Phillips’s success at Cal Club. He completely eliminated a frightening nematode problem – one of the most horrifying things that can happen to a golf course, in some cases even a death sentence. In doing so, he rebuilt every green so that it looks as though it were restored to its exact Golden Age specifications, even though several of them are Phillips originals. He also had to re-route wholesale sections of the front nine and build two completely new holes, all the while endeavoring to make them look and play like they were there since A.V. Macan and Alister Mackenzie’s time. And he did it all in the shadow of Oly and S.F.G.C., giving the Bay Area a third sparkling jewel in their Golden Age golf diadem.

“The entire course was taken back to dirt, and every hole was rebuilt and reconstructed in the flavor of 1928 Alister Mackenzie,” explained Phillips. “Happily, this piece of property had more natural features and better movement in the ground than anything I had worked on before.”

That’s a remarkable statement from a man who has designed top 100 golf courses on the coast of Scotland, the flats of Abu Dhabi, and the seacoast mountains of Korea. Yet he’s absolutely right; the 200 acres on which Cal Club sits are stunning terrain for golf: rolling hills, ridges that tumble and climb through the forest-fragrant hardwoods, and picture-window openings through the trees of the city in the distance, etched into the hillside like Tolkien’s Minas Tirith.

Golf architect A.V. Macan did the original layout in 1925, routing the golf course through cypress, eucalyptus and other fragrant hardwoods, and designed the green complexes, but for some reason never designed fairway bunkers. Then Mackemzie came. 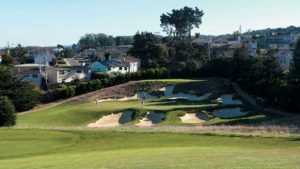 “He put in fairway bunkers in his inimitable style – huge, and always cutting into the fairway so you had to play around them,” said Phillips. “Mackenzie was all about enormous scale and especially about putting bunkers in places where you wanted to hit the ball.”

But in the 1960s the California Department of Transportation seized a portion of the golf course by eminent domain to build an expressway. Robert Trent Jones was hired to reconfigure holes 1-5, but the seizure had done its damage – the first five holes were squeezed and constrained, whereas the rest of the course enjoyed the grand, majestic scale of Macan and Mackenzie.

Happily, the club had about 20 extra acres of land that weren’t being used. After walking the property for months, scouring aerials, and drafting multiple routings, Phillips found a way to recreate Mackenzie’s grandeur by using that parcel and relocating the practice range to a plot of land in the middle of the course.

“Moving the range gave Phillips the room he needed to make holes 1-5 as wide, tumultuous, and meandering as the rest of the golf course,” surmised golf design expert Bruce Moulton. “And his bunkers look like they were put there by Alister. But better still, Phillips built two of the best golf holes in California on the new parcel, the short, but dangerous par-4 seventh and the Redan-ish par-3 eighth.”

“Nobody thought they could build a hole there and back in the day. Plus they had 200+ acres, so there was no need to use the ridge,” Phillips surmised. The ridge he refers to traverses the edge of a gully, and by placing tee boxes on the other side of the gully, and curving the fairway like a scimitar around the outer edge, he suddenly had a short par-4 both visually arresting and remarkably strategic. You can try to drive the green 300 yards away, but with the chasm yawning and bunkers beckoning, it’s as much a strategic marvel as 0 at Riviera.

“Seven might be the best on the course…but Cal Club is so good, you can say that about nearly every hole,” Moulton declared.

By using the ridge and moving the practice range to a parcel in the center of the property also not in use, Phillips suddenly had more room to expand holes 1-4, bringing back the size and shotmaking requirements of the original holes. The transformation is spectacular – a completely seamless whole: golfers that visit have no idea which holes were Phillips originals and which were Mackenzie.

“I had a lot of help,” stated a grateful Phillips. “Before I got there, they had already removed a great many trees, and had opened up more light all over the course. That was a big advantage. Also, they do a fantastic job with
conditioning. The green surrounds are closely cut, so around almost every green you can putt, bump and run, pitch and check, or lob wedge. You have a broad range of options, and that makes for exciting golf where everyone as a chance to score well no matter what their ability.”

Absolutely correct: the adventure on every hole continues as you get closer to the putting surface. You constantly have t think about what the ball is going to do when it lands; the terrain moves in every conceivable direction. And with both macro and micro movement on the greens, the defenses to scoring are eminently natural, not man-made or worse still, contrived.

Phillips did what no one thought possible: He faithfully recreated Mackenzie, and he did it at, arguably, the most scenic piece of property Alister ever saw. Cal Club is now a risen phoenix burning brightly, and the golf world is richer for her illumination.