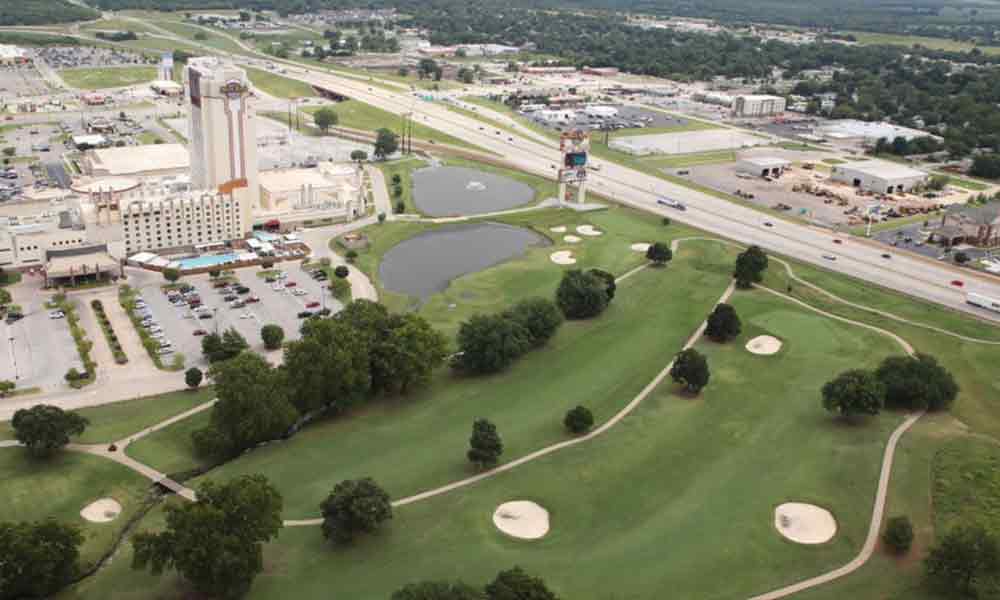 When John Carothers first learned about the opening for a golf course superintendent at Cherokee Hills Golf Course in Catoosa, Oklahoma, he asked one pivotal question, “You guys don’t host any big tournaments, do you?”

Previously, as an intern and then as the assistant superintendent at Tulsa’s prestigious, member-owned country club, Southern Hills, a host site for seven major championships, John had dealt with the nitty-gritties that go along with hosting both the 1996 Tour Championship and the 2001 US Open. Although some superintendents relish the challenges of hosting a high-visibility, high-profile event at their course, John values other aspects of the superintendent’s job more.

Personable and family-focused, John enjoys the close-knit affability of the crew at Cherokee Hills which he describes as, “his second family.” He is energized by seeing his team set goals and realize accomplishments. Most of all, John loves “the season,” as the grass begins to grow, and he is inspired anew to produce a picture-perfect course where the playing conditions are nothing short of remarkable.

Although Cherokee Hills is a resort course, nearly forty percent of the 24,000 average annual rounds of golf played there are by members. The course’s repeated appearances on Golfweek Magazine’s lists of “Top 40 Casino/Resort Courses in the United States, “Top 5 Courses in Oklahoma,” and “Best Courses You Can Play in Each State” attest to the standards this superintendent and his crew are able to sustain. While the busy resort sees plenty of fundraiser golf tournaments, best ball and scrambles for local charities, John describes these smaller, one-day events as “perfect” to suit him. 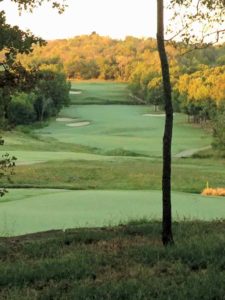 Defined by tree-lined fairways, rolling slopes and dramatic elevation changes, Cherokee Hills is a friendly, but challenging course. Over the years, the hillside property has been known by multiple names, including Rolling Hills Country Club, Spunky Creek Golf Club and most recently, Indian Hills Golf Club.

“I served 6 years in the US Navy. 1987-1993. I would say it was one of the best decisions I ever made. I spent 18 months in the Persian Gulf during Desert Storm. Taught me that there are no excuses in life.”
John Carothers

Working at a course operated by Cherokee Nation Entertainment is a unique experience that comes with a few extra layers of accountability. John explains, “Regarding chemical applications, we follow State of Oklahoma guidelines, but our operations are overseen by the Cherokee Nation.”

As part of Cherokee Nation Entertainment, John is expected to give qualified Cherokee applicants priority in hiring. As a result, approximately nine of his twelve winter crew members are of Cherokee heritage, a ratio that dips a little lower on his twenty-six-member summer crew, which includes more college students and short-term laborers.

“They take care of us well,” says John. “They make it hard to leave, give us good job security, good benefits and a great working environment, and we are like a family up here.

“The result is a stable, more mature crew. Of our twelve fulltime employees, seven have been on the job for more than six years, and four have been here over twelve years.” 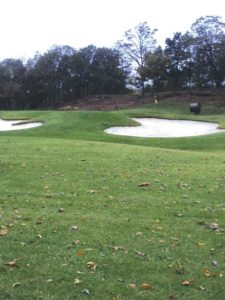 Turning in His Whistle

This year, John announced his retirement, but it’s not from the job he loves as golf course superintendent. Instead, he is turning in his whistle as a girls’ high school basketball coach. After ten years in coaching, he’s ready for change.

Change is also underway at Cherokee Hills. Twelve new 50-inch fans have been installed on the greens. A new underground pump station is being added, updating the 1940s and 50s infrastructure that carries water four miles from Bird Creek to the course. And soon, there will be new bridges across the property. In total, more than a half million dollars is allocated for these and other upgrades.

While some things change, other key details will remain exactly the same. The quietude of the native areas and woodlands will nurture resident deer, bobcats and foxes. Commitment and comradery will continue to define the Cherokee Hills maintenance crew.

John and his team will passionately continue to tackle each task, completing it with pride while enthusiastically seeking their next challenge. As John reminds us, “This is a special place, with special people, and I wouldn’t consider leaving. Well, not for the next fifteen years, anyway. That will put me at sixty-six, and I’ll think about it then.”