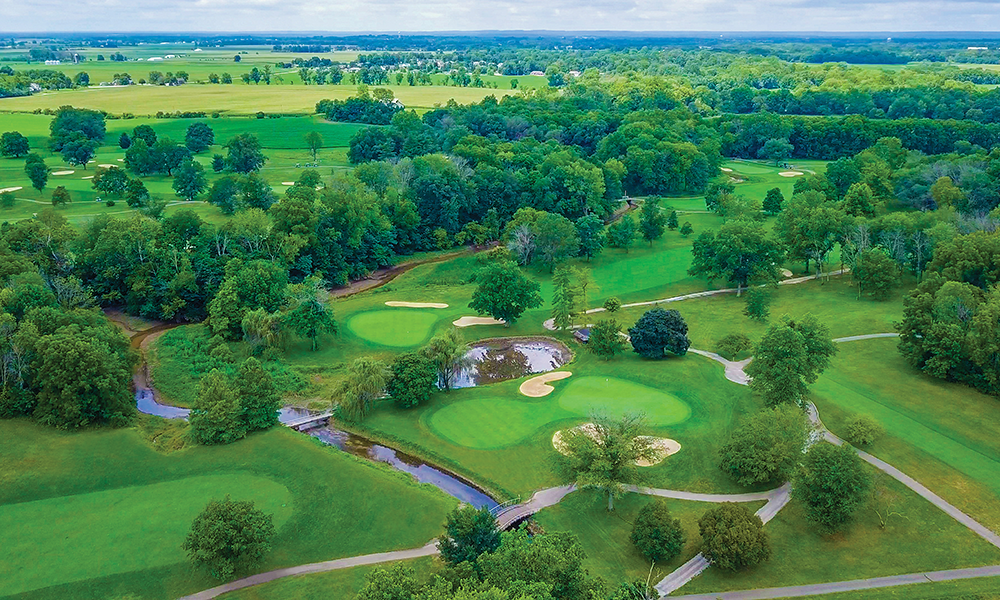 One of my favorite parts of my job is traveling to golf courses around the country and talking to the superintendents who keep those courses looking and playing great. The other day, I counted all the states I’ve visited for this job. I was surprised to realize I’ve traveled to 25 states! Of the countless conversations I’ve had with turf managers around the country, one topic that keeps coming up is salt.

Salt may not sound like a fascinating subject, but it’s all around us! I’m not just talking about “Na” salt. I mean all salts, good and bad. A salt is simply a positive ion (cation) coupled with a negative ion (anion). This neutral chemical compound is referred to as a salt. A fundamental example of this in the fertilizer world is “KCl,” potassium chloride.

In the green industry, most of the inputs we use have a salt content. Fungicides, fertilizers, herbicides, and irrigation water all contain salt, and it’s important to understand how that affects plants. There are various metrics we use to gauge potential issues from salt content. These metrics may direct us to use one input over another or mix multiple inputs. Some examples of these metrics are salt index, sodium adsorption ratio, total soluble salts, and electrical conductivity.

To understand that most inputs have a salt content is to understand the silent battle of salt. It’s a constant battle that we fight through the entire season, and it’s all about keeping water in our plant cells. Water flows osmotically from lower salt concentration to higher salt concentration. Most of the inputs we deliver to our plants are external salts, meaning they work to pull water out of plant cells.

That’s not usually a problem, but consider the following situation. On an 85°F day, a superintendent makes an application with four to seven liquid fertility products, two or three plant protectants, and maybe an adjuvant or two. The course has received high levels of irrigation for weeks now. You may say you wouldn’t spray on such a hot day, but we all know we have to play the hand we’re dealt. Realistically, those sprays still happen!

The battle is silent not only because we don’t think about the implication of our sprays; it’s silent because we don’t always see a blatant tip burn. Tip burn is the most apparent form of salt damage, but what about when we’ve brought the plant to the brink of that tip burn? We can have the plant so stressed that it exhibits intense signs of abiotic stress, but we don’t realize the exact culprits. Salt is often one of the primary sources of stress.

This isn’t just a battle of keeping water in cells. It’s also a battle of maintaining the efficacy of our inputs. Certain inputs can be negatively affected by the salt content of others. The battle also has to do with soil health. We all know that sodium, in particular, can destroy soil structure. But what about the effects of salt on the microbial community in the soil?

One of the oldest forms of food preservation is salt. Food spoilage is a form of microbial activity, and salt stops microbial activity. I once had a buddy describe this scenario with a good analogy. Imagine leaving a piece of beef jerky and a piece of raw meat on the countertop for an extended time. Barring a dog eating the experiment, the jerky will still be there, while microbes will be consuming the raw meat. The salt in the jerky prevents microbial activity.

Now imagine that story in the soil. The more salt we feed into the soil—good salt, bad salt, or indifferent—the more we negatively affect the microbial community in the rhizosphere. It can be hard to tangibly point out salt stress outside of tip burn, but what is salt’s cumulative effect?

For these reasons, you should make it a priority to combat general salt stress. I recommend a combination of three things to fight the silent battle: amino acid technology, nutrient enhancers, and highly soluble inputs.

Pay attention to the specific amino acids in the inputs you use. Read the labels to know what concentration of each amino acid in the formulation. Many of the amino acids I recommend are osmolytes, which is a scientific word for “good salt.” Loading these desired components into the plant keeps cells turgid by encouraging water flow to that higher concentration.

Lastly, we don’t just care about the salt index of our inputs. We also have to pay attention to their solubility. Solubility refers to how quickly and easily an input can be taken up by the plant. Whether using a foliar or a soil-based input, it’s important to remember that plants don’t “eat” fertilizer— they “drink” it.

The more soluble an input, the more quickly the plant can take it in. Quicker uptake increases efficiency and leaves less salt outside the plant to pull water from within the plant. Increasing solubility also allows precise amino acids to work as osmolytes within the plant. Again, this process encourages water into the plant to keep cells full and turgid.

John Gruneisen is a native of Columbus, Ohio, and a graduate of Ohio State University with a degree in turfgrass science. He worked on golf courses for nine years before discovering his passion for efficient carbon-based fertilizer. John now serves as the Midwest territory sales manager for EnP. He supports the Foliar-Pak product line, which includes AminoPrecise and Armament technologies. AminoPrecise technology uses low molecular weight amino acids to enhance foliar uptake, while Armament technology uses a high molecular weight structure to increase nutrient availability. Learn more at foliarpak.com.