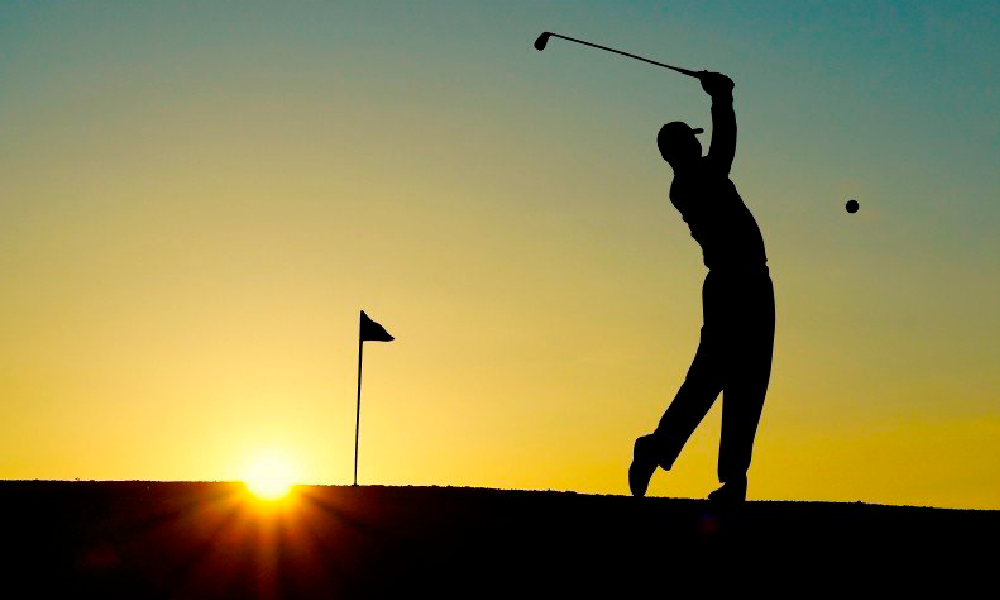 During these first few days of spring, most people are eager for the golf season to begin, particularly those in iced-up places where the game has become a distant memory. That’s not the case for us folks in Seattle, where golf is generally a 12-month – albeit muddy – activity. Yet this has been one of the weirdest personal years in memory [Author’s Note: This story was written in 2004, well before anyone had ever heard of COVID-19].

Not that I haven’t played golf. But I just underwent a serious operation that put me in the hospital for five days and have been sick with a nasty flu/cold four frigging times that caused me to spend at least two of the past six months on the disabled list. Last night, while tossing and turning during another codeine cough-syrup night of restlessness, I recalled some of my more bizarre rounds of golf.

Here’s one of them.

It happened at Spokane Country Club on a hot day in August 2002. [Another Author’s Note: the course is now named Kalispel Golf & Country Club after it was purchased by an eponymous Native American tribe in 2015.] Eight of us Sand Point members went to the Lilac City to play one of our private sister courses, a fine layout located in woodlands and alongside the Spokane River north of the city.

Spokane CC has a long and storied history. Founded in 1898, the club is the Northwest’s third-oldest – after Tacoma Country & Golf Club and Portland’s Waverley Country Club – and is a founding member of the Pacific Northwest Golf Association (PNGA), one of the nation’s oldest amateur golf bodies. 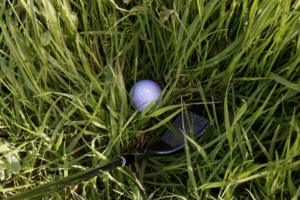 Chipping Golf ball out of Rough

Fittingly, Spokane’s course – completed in 1911, the current layout is the club’s third – has hosted several important tournaments over the decades. Among them is the first-ever U.S. Women’s Open in 1946 (won by Patty Berg) and the U.S. Junior Amateur. Notable golfers representing Spokane CC included its first-ever head professional, Jim Barnes, a Cornishman who designed the club’s first nine holes at its present location. After leaving Spokane, Barnes won the inaugural PGA Championship in 1916 and the next one in 1919 (the three-year gap caused by World War I); the 1921 U.S. Open, beating Walter Hagen by nine strokes; and the 1925 British Open at Prestwick Club in Ayrshire, Scotland.

So, it was not entirely surprising to learn that a prominent tournament would be held on the very same day our motley group would be playing the course. The event was the PNGA Men’s Amateur, our day coinciding with the finals being played by Brady Stockton of California and Arizona State, and Spokane native, Corey Prugh, then a member of the men’s golf team at the University of Washington. Both would later compete on the PGA Tour.

The first half of our group teed off, with my foursome following. We were told by the pro shop to expect some interference from the galleries and maybe even the championship finalists during our round. The contestants were on the back nine when we teed off, but it was expected they’d stop for lunch before beginning the second 18 of their 36-hole match, thus causing us little trouble.

The first few holes were relatively unhurried and without incident, though we could hear cheering in the distance as Stockton and Prugh battled it out. But, too soon for our comfort, things got dicey. Instead of taking an extended lunch break as expected, the players decided to forge ahead, a ploy that soon put them right on our tails.

Our golfers – consisting of two men and two women in each foursome – were, overall, pretty fast players. But, as luck would have it, our slowest golfer was in the first group, so my quartet did a lot of hitting and waiting, peering back over our shoulders in anticipation of the dust-swelling “tournament train” charging up behind us.

My game quickly went into the toilet. Sue, a good player and Sand Point’s current women’s club champion, and I tried to hasten our group along. It was flat-out odd playing golf that day, scurrying to keep ahead of the storm of finalists, several thousand fans watching the local kid, and officials. We’d drive the carts next to a tee, hurriedly hit our shots, then bolt after them as spectators along the fairways and around the greens gazed at us, asking, “Who the hell are those people? They’re not part of the tournament.”

I shanked a few shots over the green – not unusual with my short game – yelling “Fore!” at people who should know better than to be standing there. The whole experience was surreally reminiscent of a late afternoon in the 1960s when my friends and I got locked into Seattle’s Woodland Park Zoo after we had downed some mind-altering substances of that era. A disembodied voice over the PA repeatedly announced, “The zoo is closing, please make your way to the exits.” When we reached the nearest exit, my pals and 50 other people found the doors locked tight. We all took off running around the zoo looking for ways out, finally reaching an open gate as darkness descended. But not before being scared out of our wits by howling monkeys, roaring lions, and many otherworldly sounds.

In both instances, the tables were turned. Instead of being the predator, we became the prey, like a frightened rabbit in an open field.

With about four holes to go, an official in a cart motored up and told us to step up the pace as the boys were only a hole behind and closing fast. We pointed ahead and asked him to relay that message to the overly deliberate group ahead. Somehow, the message got through and we managed to complete the final holes in time before the “real” golfers came through. I actually was quite proud of myself, squeezing off a nice approach to Spokane’s short, uphill 18th before a tournament gallery, though the appreciative applause was decidedly muted.

For the record, Stockton and Prugh tied after 36 holes. Stockton won the 101st PNGA Men’s Amateur on the 37th hole with a birdie. Meanwhile, we Sand Pointers were in the clubhouse sucking down cold ones, blessedly apart from the real action.

[Final Author’s Note: Golf Courses in Washington will reopen May 5th after being closed for nearly two months due to the coronavirus pandemic. During this period, the state has seen over 15,000 confirmed cases and 800 deaths from COVID-19 among its citizens. My first round will be played – per our governor’s mandate – in a twosome. Bunkers won’t have rakes, cups will be covered with PVC pipe or foam to prevent made putts from being extracted from the hole, flagsticks can’t be removed, and everything will be disinfected. Looks like I may have fodder for a “Strange Rounds: Part 2.”]