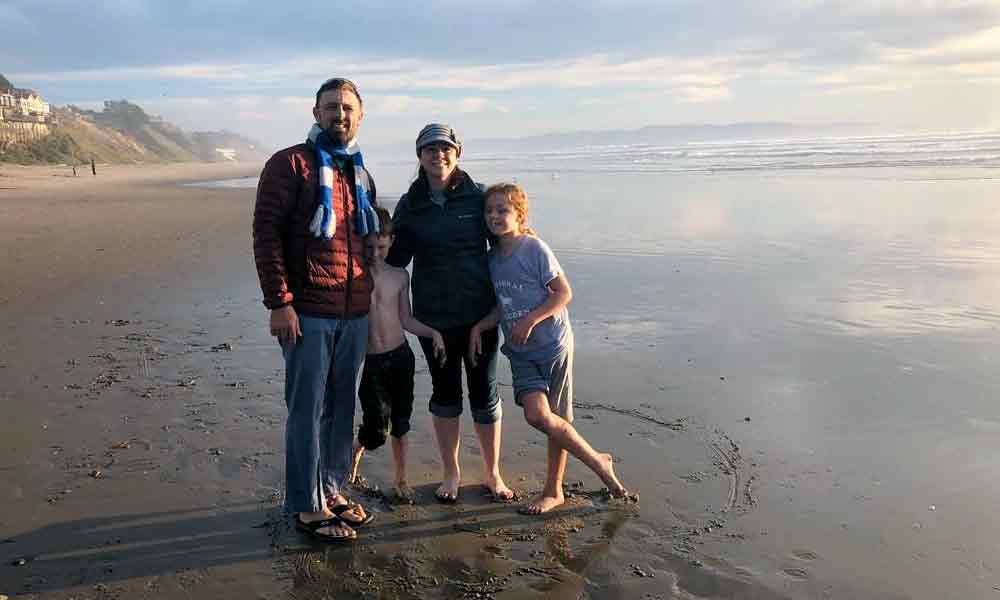 Cinnabar Hills is remarkable in many ways, from the hundreds of ancient oak trees that line its fairways to housing the Lee Brandenburg Historical Golf Museum, which includes Walter Hagen’s Ryder Cup captain’s jacket as well as President Dwight Eisenhower’s original commemorative Augusta jacket. But perhaps the most distinctive attribute of this South San Jose golf course is how authentically it honors the land into which it has been built. Strategically nurtured native vegetation and golf holes crafted to retain the natural slope of the terrain preserve wildlife habitat, while adding to the course’s intrinsic appeal.

Class A superintendent Brian Boyer (the 2015 Golf Course Superintendents Association of Northern California Superintendent of the Year) and his crew of 22 workers are entrusted with overseeing this unique golf facility. This September, Brian will mark fourteen years in this role and countless accomplishments, but none that he takes more pride in than that of being a “Water-Saving Hero,” an award he and the facility received after significantly reducing the amount of water used by the golf course and clubhouse operations in 2014.

Brian didn’t start out in life conserving thousands of gallons of water or even leaping tall buildings in a single bound. His fledgling steps on the path to water-saving hero began with flunking his first semester at Michigan State University. Perhaps he wasn’t meant to major in Computer Science.

Brian took a mulligan and enrolled in classes at a community college near his parents’ home in South Lyon, Michigan. During this time, two experiences coincided in a way that altered Brian’s path forever.

The first event was Brian’s discovery that a college biology class captivated his academic interest. The second pivotal occurrence came with his decision to switch from working as a cart kid at Cattails Golf Club to joining the course’s maintenance crew, a job he felt typically was held by “the cool kids.”

“The superintendent, Doug Palm, CGCS, put me under his wing,” Brian explained, “and I developed my passion for golf maintenance while working with him.

“I know some of the other crew members would make fun of him for his passion and ‘nerdiness,’ but I thought a lot of what he did was awesome. I remember the last time I was late for work and I came to him with my tail between my legs, and he tells me, ‘Two creams, two sugars.’ I looked at him somewhat confused, and he then told me, ‘Go get my coffee.’ I honestly haven’t been late to work since then, some twenty years ago.”

Clearly, Brian had found his motivation and his calling. He returned to Michigan State University, where he earned his Bachelor of Science degree in Crop and Soil Science and equally as important, where he met his future bride.

“My wife Jennifer and I met in Advanced Soil Science 477 with Dr. Mokma,” Brian said. “Specifically, we met on a bog during a field trip. We moved to California right after we graduated.”

Brian served internships at Desert Forest Golf Club in Carefree, Arizona, and at San Francisco Golf Club, where he was later hired as the assistant superintendent. Brian and Jennifer have now been married for fifteen years and are the parents of 9-year-old Samantha and 7-year-old Benjamin.

A Hero in the Making

After the back-to-back-to-back droughts of 2011 through 2015, California’s water situation was dire; it was every golf course superintendent’s worst nightmare. When the directive came down from the Santa Clara Valley Water District that Cinnabar Hills had just 30 days to stop using surface water, Brian and his crew did everything they could to comply.

Although homes in the area used well water, the golf course, clubhouse and restaurant relied entirely on surface water from the Santa Clara Valley Water District’s network of reservoirs. But every effort, and there were many, to find well water on the golf course property literally came up dry. Cinnabar Hills simply did not have an alternative water source.

Water district officials understood that the problem was greater than irrigating a golf course; it involved a facility that provided recreation to area residents and, more importantly, jobs and livelihoods. They also recognized that Brian, who was already a Level 1 Drinking Water Distribution Operator and a Level 2 Drinking Water Treatment Operator and who handled Cinnabar Hills domestic water operations including septic and drinking water, was genuinely committed to issues of water quality and water management.

Brian began purposefully building a solid working relationship with representatives of the water district, and they saw that he was working collaboratively with them to address the problem. By attending meetings, engaging with committee members and getting actively involved as a committee member himself, Brian established what he describes as “a strong partnership with our water retailer.”

In lieu of finding a different water source, which had proven impossible, Cinnabar Hills was directed to “cut water use on the property by twenty percent.” In response, Brian, his crew and the course’s management launched an aggressive water conservation campaign. The initiative included dedicating a portion of the Cinnabar Hills website to conservation information, sending out conservation messages to course clients and the local community and implementing strategic water conservation measures to reduce the amount of water used by both the course and the clubhouse facilities.

Brian’s efforts reduced water use between March 1 and December 31, 2014 by 24.8 percent as compared to the property’s water use during the same period of the previous year. In 2015, the Cinnabar Hills team accomplished even more, achieving a 30 percent water use reduction, compared to its water use in 2013. Although state mandates requiring these levels of reduction have since been lifted, Brian continues to practice many of the water-saving strategies he used during the drought.

The crew at Cinnabar Hills now does a lot more hose work and hand watering than they had previously done. They’ve changed their irrigation schedules and water more deeply rather than more frequently. Of course, there are areas that are no longer watered at all or only minimally watered, including 77,102 square feet of previously irrigated turf that was converted to drought-tolerant native grass. Calcium and urea-sulfuric acid injections help improve water movement and add the ‘green up’ power of nitrogen to the turf.

Someday, Cinnabar Hills may have access to reuse or recycled water for irrigation. But until that time, the water-saving hero seems to have things under control for a thriving course that sees 70,000 rounds of golf annually.

BTW–What Do Water-Saving Heroes Do in Their Spare Time?

When asked about life beyond the golf course, Brian told us, “I like to run–a lot. I got into ultra-running a bit more than 5 years ago and started with races of 50 kilometers (31 miles). I then went on to 50-mile races and 100-kilometer races.” Brian’s first 100-mile footrace coincidentally finished near the acclaimed public course, FarmLinks Golf Course at Pursell Farms in Sylacauga, Alabama.

“If I’m not running,” Brian added, “I love to read. Mostly fiction books pertaining to spies or detectives. And having grown up in or near the Motor City, I did enjoy the biography of Lee Iacocca.”

When asked what he would do if he won the lottery, Brian’s answer ironically circles back to the FarmLinks Golf Course. “After I know my kids don’t have to worry about money for the rest of their lives,” said Brian, “I’d like to reincarnate a FarmLinks-style course with product testing and research studies.”

Apparently, even if fortune blesses water-saving heroes with great wealth, they never fully retire. They keep right on finding ways to conserve water, improve agronomics and in their own meaningful way, save the planet.