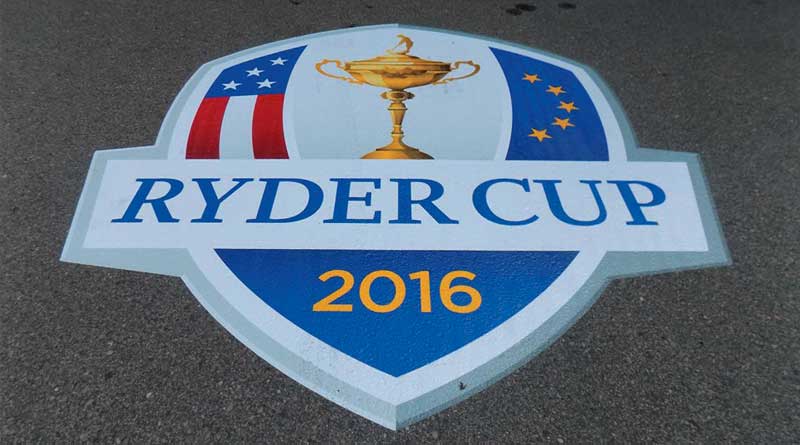 The state of Minnesota is gearing up for one of the sport’s biggest events as the 2016 Ryder Cup will be held September 27-October 2 at Hazeltine National Golf Club in Chaska. The week-long drama involves three practice rounds followed by three days of four-ball, foursome, and singles competitions on Friday, Saturday, and Sunday, respectively, between the 12-man squads from the U.S. and Europe.

Though the U.S. holds the best overall record in the biennial competition that began in 1927 since 1979 – when players from throughout the Continent became eligible – the Euros have 10 wins, seven losses, and a tie. They’ve also dominated the Yanks in recent years, reeling off seven victories in the past nine Ryder Cups, including two years ago at Medinah in Chicago.

Tasked with readying Hazeltine National for the world’s best players, along with helping adapt the property for the thousands of spectators and complex infrastructure associated with a major championship, is golf course superintendent Chris Tritabaugh. The Minnesota native came on board in early 2013 after a stint at Northland Country Club in Duluth.

Though he faces myriad concerns as well as long days with little sleep, Tritabaugh says his focus won’t be much different during the Ryder Cup than his daily tasks at one of the Midwest’s premier private clubs. “I see my job as ensuring the surfaces are in top playing condition,” Tritabaugh said upon his hiring. “My responsibility is more than a grass grower. I want to maintain surfaces that are firm and fast – the kind of play that the members and our guests, worldwide, have come to expect at Hazeltine.”

Opened in 1962, Hazeltine National is no stranger to big-time tournaments. It was the site of the 1966 U.S. Women’s Open, won by Sandra Spuzich, and in 1970 hosted the U.S. Open won by England’s Tony Jacklin. In 1977, the U.S. Women’s Open returned, with Hollis Stacy edging Nancy Lopez, and in 1983, the U.S. Senior Open was captured by Billy Casper.

The late, great Payne Stewart beat Scott Simpson in a playoff for the first of his two U.S. Open titles in 1991, and, in a huge upset, Rich Beem squeaked past Tiger Woods by a stroke at the 2002 PGA Championship. Woods had another close call at Hazeltine in 2009 when he finished three strokes behind unheralded South Korean, Y.E. Yang.

The course’s original design by Robert Trent Jones was updated before the 1991 U.S. Open by his son Rees Jones, who’s still the club’s architect. One big change will be that Hazeltine’s layout will be altered for the Ryder Cup in an effort to improve traffic flow among the expected massive crowds.

In addition to grandstands, officials with the PGA of America, the host organization, will change the order of several holes, including the traditional closing stretch. Nos. 7, 8 and 9 will be played as Nos. 16, 17 and 18 for the 2016 Ryder Cup. The layout’s most visually-striking hole, the par-4 16th that skirts Lake Hazeltine and ends at a water-guarded green, will be played on the front nine.

In late June 2016, Minnesota native Tom Lehman told Twin Cities’ Pioneer Press reporter Dave Orrick that he was dismayed by the revised sequence of holes. “It makes sense for the flow of the course and the fans,” admitted Lehman. “But I always thought the (traditional) 16th and 17th holes were a really good match-play set of holes, so it’s a little disappointing from a pure golf standpoint that those holes will be on the front nine.”

Added Lehman, the 1996 British Open champion and the 2006 U.S. Ryder Cup captain, “I just want to see the course, see where the rough is, where the risk-rewards are. I just want to know how it’s going to play.”

In late November 2015, U.S. captain Davis Love III noted during a Q&A how his team would prepare for Hazeltine National. “I asked Phil (Mickelson), Tiger, all the other guys, ‘If you don’t know the golf course, how many times do you need to go and play? What do you need to go and do?’ Everybody had a slightly different answer on how they would spend their day there . . . What we’ve arranged, with a lot of help from the PGA of America, is we’ll do whatever it takes to get them there.

“We’re just going to make it available to guys and not say, everybody has to play (the) three practice rounds,” added Love, whose European counterpart is Northern Ireland’s Darren Clarke.

Preparing Hazeltine National for the often-testy competition is the job of Tritabaugh, with the PGA of America’s Chief Championship Officer Kerry Haigh handling the course’s day-to-day set-up. As noted in the following Q&A, Tritabaugh is excited about his role in helping the club host its maiden Ryder Cup.

JS: Have you ever been involved in other major golf championships? If so, when and where?

CT: Not at my own facility. While I have never volunteered for a full week of a major, I have been fortunate to visit two PGA Championships and a Masters. A person can learn a lot if they know what to watch for. Especially when you are in the planning stages for a major event.

JS: How far in advance of the Ryder Cup will member play be halted?

CT: The final day our members will play the golf course is Labor Day Monday. Beginning September 6th, the course will be closed until Ryder Cup week. This will be three full weeks of golfer-less prep time.

JS: What, if any, design changes have been done to Hazeltine’s course for the Ryder Cup?

CT: We did not implement any architectural changes. However, we did install the Better Billy Bunker system in all of our bunkers, as well as installing Best Sand’s Tour Signature Blend.

JS: Has the PGA given you any specific instructions about expected green speeds, fairway cuts and heights, etc.?

JS: Please describe how the event’s fan/tournament logistics have been addressed (shuttle service, parking on land adjacent to course, etc.) and how intimately you’ve been involved in these preparations.

CT: Most of this is handled by the PGA of America. I am handling logistics for our volunteers, but spectator logistics is not in my purview, thank goodness. We do use farm fields owned by Hazeltine for on-site VIP parking. In order to facilitate a good parking surface, we work with a local farmer to get the groundcover established. In the spring of 2015, we seeded a mix of grasses and alfalfa, with a cover crop of oats and wheat. The grasses and alfalfa have been established nicely and he will get a few cuttings before the parking lots take over in September.

JS: Host golf course superintendents typically receive volunteer assistance from other supers during major golf tournaments at their courses. How many volunteers are you expecting and what is the selection process for the 2016 Ryder Cup at Hazeltine?

JS: How have the members responded to the Ryder Cup, especially since their 2016 season will be shortened by such a major event?

CT: The excitement for this once-in-a-lifetime event has more than compensated for the shortening of the season. Hazeltine’s mission statement is aimed at maintaining a club continually worthy of hosting major championships. Part of that is cultivating a membership that knows what it takes to do so. It’s a culture passed down from member to member over the years and it’s pretty special to be a part of. The phrase “get it” is probably overused, but the Hazeltine membership “gets it” in every way. It’s a pleasure to have the opportunity to work for them.

JS: Do you anticipate any unforeseen issues that might affect the condition of the course? If so, how have you prepared to deal with them?

CT: Weather, as with any major golf event, you just never know. The course has excellent drainage systems, including USGA putting surfaces, the fairways have been top-dressed for years and we have Better Billy Bunker in all of our bunkers. With all of that, I believe we are as prepared as we can be. We will hope for the best. Generally, the end of September and the beginning of October in Minnesota are our driest periods of the year.

JS: Please describe your excitement level to be in charge of Hazeltine’s course when it hosts such a major international event?

CT: It’s a lot of work right now, especially from a desk and administration standpoint. I’d be lying if I said that that work is an aspect I enjoy. We do not have an admin assistant, which makes for more work, but I am working with an event planner, who has helped tremendously with the volunteer experience. My excitement level is definitely high, but I think it’s more about knowing what that week is going to be like, rather than enjoying every specific task required to get there. I suspect the real enjoyment will come in looking back on the event, the camaraderie, and the whole experience. All that being said, I am trying to make sure I don’t miss the forest for the trees.

Fannin Tree Farm: Taking Care of Trees for Nearly 40 Years
Arcadia Bluffs to get a second course
To Top