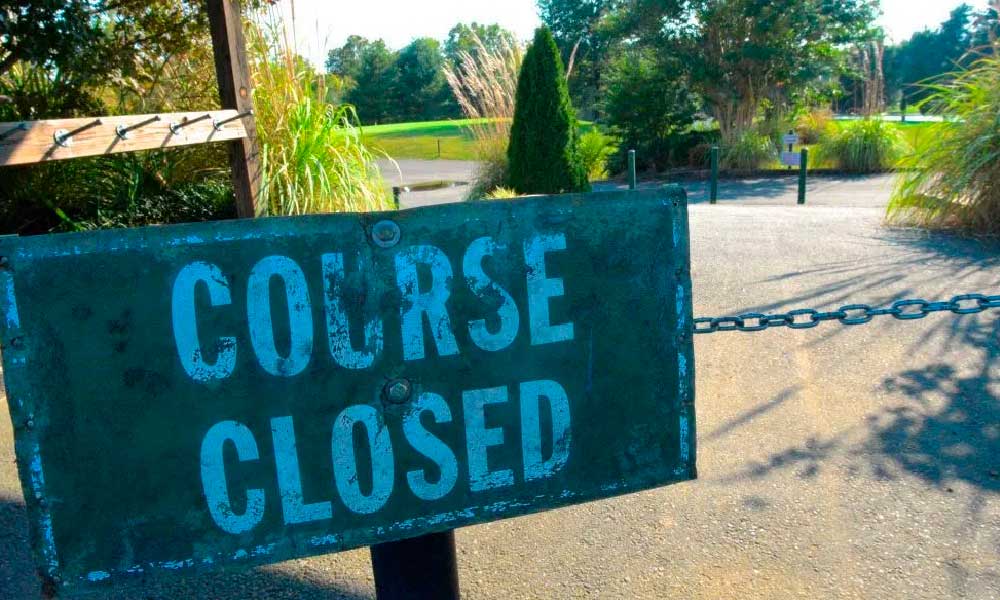 While news of Westpark Golf Club’s sale and plans to develop have been in the headlines, the golf course’s abrupt closing over the weekend caught even some of its faithful customers by surprise.

Westpark staff was informed last Wednesday that the more than 50-year-old course would be closing five days later. That same night, a one-sentence message was posted on its Facebook page, and the course website has been all but erased, with only a statement that it is now closed.

It was two years ago that news broke that the golf course was for sale, and elicited a strong, and largely negative, community response. Many neighbors have bemoaned the loss of the golf course vistas and the arrival of potentially more residential development and even less open space in Leesburg. While Town Council members toyed with the idea of purchasing the property and keeping it running as a golf course or recreation space, a staff report that estimated both a high purchase price and large maintenance and improvement costs, and predicted that any revenue from running it as a municipal golf course would not be enough to pay those and other debt service costs, deterred council members from pursuing the matter further.

Homebuilder Lennar is the purchaser of the property and has proposed a rezoning that could allow the development of 96 townhomes on the property. In that proposal, 130 acres would be conveyed to the Town of Leesburg as open space.

As the project began its legislative review process earlier this year, Lennar has not been able to generate much positive reception from town staff or the town’s Planning Commission. A Town Plan amendment to convert land eyed in the town’s comprehensive plan for community office development to allow for medium-density residential on the property, and the rezoning application itself, were met with recommendations of denial from the commission. The Town Plan amendment was later withdrawn by the applicant. A Nov. 26 public hearing, and potential vote on approval, is scheduled at the Town Council.

Bart Bullock, who served as the Westpark golf course superintendent who has been the general manager for the past two years, said the staff was caught by surprise with news of its closing.

“We knew the clock was ticking,” he said. “But I was at least thinking we would get until the end of the golfing season, hopefully even Thanksgiving.”

Dittmar Company, the property manager for the golf course, did not respond to a request for comment on the closing.