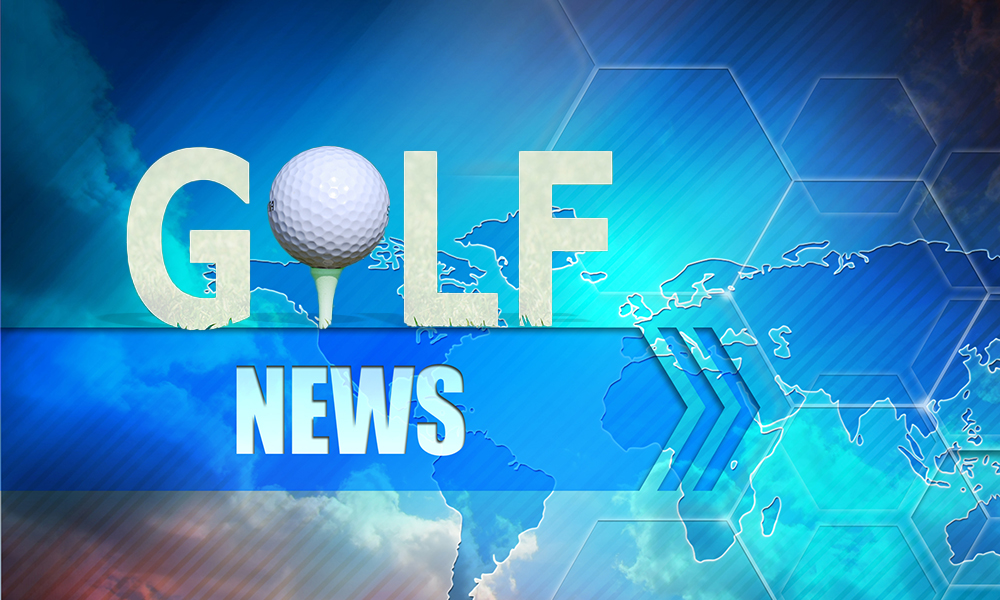 Instead of focusing on a single subject, today’s column will look at various headlines in the world of golf.

Golf.com recently wrote a story, How much does it cost to maintain a golf course?, about the annual costs associated with taking care of an 18-hole golf course. Author Josh Sens was assisted in the survey by Terry Buchen, a longtime superintendent who now runs a consulting business, Golf Agronomy International (golfagronomy.com). Also contributing data was the Golf Course Superintendents Association of America (gcsaa.org).

Related: Tips and Tricks to Speed Up Your Golf Course Maintenance

Included were budgets for municipal, daily-fee, semiprivate and private facilities. Not surprisingly, the bulk of the expenses were devoted to labor; Private courses ($630,104) were at the top of the list, with daily-fee facilities ($294,456) at the bottom. Likely due to a unionized work force, municipal venues ($349,839) placed second in annual maintenance costs.

Interestingly, irrigation expenses were a mere drop in the bucket, with courses in the water-deprived Southwest spending twice as much as elsewhere in the U.S. Courses that purchase water (a total of 26 percent nationally) were found to devote 13 percent of their budget to irrigation. Other components of the survey include costs for fertilizer, equipment leases, equipment maintenance and repair, fungicides, and fuel/lubricants.

The “atmospheric river” – i.e., lots of rain – plaguing California has, unsurprisingly, wreaked havoc on many golf courses. More critically, the disaster has led to at least 19 deaths; millions of people under evacuation orders; thousands of homes without power; landslides, fallen trees and closed schools throughout the Golden State.

For years California has been stricken by extreme drought. At first glance, this excessive precipitation looks like it provides a respite, or even a solution. After all, in some areas these recent rainfall totals – in a matter of days – were well over 100 percent above normal for an entire year. But, unfortunately, there’s no easy way to harness all that water and allay the state’s persistent drought conditions. Major infrastructural changes are needed to manage the water’s “retreat.” Future projects would include building costly levees to redirect floodwaters from draining into the ocean and down into the underground aquifers.

“We need new thinking, we need to operate that infrastructure differently, we need to change some of the characteristics of that infrastructure,” Peter Gleick, a climate scientist and co-founder of the Pacific Institute in Oakland, told CNN. “That will allow us to capture more of these flood flows, store it underground in these aquifers, and then use those groundwater resources when we need them in dry years.”

The Future of Golf Development in the U.S.

Respected golf-architecture writer, Ron Whitten of Golf Digest, surveyed architects about likely areas where courses could be built in a world with shrinking open spaces. Though written in April 2020, Whitten’s story, A full 18-hole course of synthetic turf? We surveyed 20 course architects about the future of design—here are their predictions applies today.

Most of the domestic work these days is reimagining (redesigning) or repurposing existing courses. In the latter area architects point toward a trend to turn 18-hole layouts into shorter – and quicker-to-play – 12-holers.

Since the publication of Whitten’s piece, there’s been a real effort to build par-3 tracks, which require a far smaller footprint than a regulation-length 18. Either completed, revitalized or in development, are these short courses:

Related: A Change in Course: Making the Rounds Part 10

Whitten also noted the Pacific Ocean coastlines of Washington and northern Oregon are the nation’s likeliest candidates for new courses. They offer relatively affordable property, are away from population centers, and generally lack tourist-drawing recreational outlets.

Along those lines, Washington’s rugged coast may soon greet a new 18-hole links designed by Scottish-born architect, David McLay Kidd. Still in the permit stages, the golf component will be built within a 600-acre state park in the fishing village of Westport, located equidistant (roughly a two-hour drive either way) between the Seattle and Portland metropolitan areas.

Kidd notes there are a mere 200 or so true “links” in the world (those strictly defined as built on reclaimed ocean sand alongside a sea). If it comes to fruition Westport Golf Links would add another.

Now a resident of Bend, Oregon, Kidd commented on the proposed course in southwest Washington during a video presentation at a public meeting in late 2022.

“Golf at its best will protect the environment, not threaten it. And that’s what the golf course at Westport can do,” Kidd said. “We’ll also bring golfers from throughout the Northwest and beyond. And those golfers will hopefully come with their families. They’ll enjoy Westport. They will stay, they will eat, they will buy, and they will leave.

“The park at Westport covers well over 600 acres. The golf course will barely cover 100 acres and yet that 100 acres – sensitively constructed and maintained – will be the impetus to maintain, protect and enhance the other 500 acres.”

“There are many examples of where golf has come to a somewhat remote community and done nothing but good. (It has) provided employment, brought money, and protected the environment in the long term. I think Westport can do all this and be a net positive for the landscape and the community . . . I sincerely hope you will all support the group that’s behind this and will quickly more forward to making this a reality.”

The project Westport Golf Links has received preliminary backing from the state, Grays Harbor County, and city officials. Further hearings are planned before final permits will be issued and work can begin.

As usual, major golf projects like this are never a slam-dunk: “Big Hat No Cattle Golf Developers: Making the Rounds Part 13“.

A Solution to Peak-Season Worker Shortages?

Like many others in his position, Marcus Harness, the head superintendent at Sand Point Country Club in Seattle, has faced a tenuous scenario in not only hiring – but keeping – qualified employees on his maintenance staff year-round. Here’s what Harness is proposing as a possible solution:

“We have been persistent in our effort to combat a volatile labor market. This included the development of a Labor Best Management Practices (BMP) plan with Tyler Bloom Consulting,” Harness said of his work with the Bloomsburg, Pennsylvania firm.

“The goal is to create a comprehensive outlook on labor which includes refining recruiting strategies, hiring processes and retention tactics. In addition to attracting new candidates, one of our greatest challenges has been an extremely high turnover rate. Many variables have contributed to the attrition, one of which is being a seasonal operation. Our operation struggles to sustain staff levels during peak season and loses substantial stability during the shoulder months.

“The Labor Best Management Practices report identified merit to increasing the full-time staffing model to improve retention, increase production and stabilize core standards. The concept of increasing full-time positions would conversely lower seasonal positions and its implementation is recommended as a phased approach over time.”

As a kid growing up in the 1960s, I’d scour the agate type in the sports pages, looking for scores, batting averages, league standings and the like. Me and my Babe Ruth League teammate, Mike Nelson – who was signed as a “future” by the Yankees at age 15 and went on to set the PAC-8 home-run record at Stanford – would devour the Sporting News which, back then, was the source for seam-head stat nuts like us.

In the local paper I’d also check who’d won the latest golf tournaments. In addition to Palmer, Nicklaus, Player, Casper and Boros, one name kept popping up: Kathy Whitworth. Who was this lady and why was she so dominant? In the 1960s, the tall Texan won a whopping 53 titles.

Through the 1970s and until her last victory in May 1985, this reserved, unassuming golfer totaled 88 LPGA victories, including at least one win in a record-setting 17 straight years. Retiring from competition in 2005, Whitworth lived a comfortable life with her partner, Bettye Odle, in Flower Mound. She died suddenly on Christmas Eve 2022 while attending a friend’s holiday party. Kathy Whitworth was 83.

So what made Whitworth golf’s most prolific all-time winner? (The PGA Tour’s Sam Snead and Tiger Woods are in second with 82 titles, while fellow LPGA great Mickey Wright also has 82.) Likely it was Whitworth’s obsession with improving and exerting her competitiveness, a trait forged during as a teenager after fully committing to becoming the best player she could be.

“From 100 yards in she wasn’t trying to get it close, she was trying to hole it,” former caddie Greg Sheridan told writer, Ron Sirak.

Such dedication led Whitworth to be honored with every “best-of” award available for female athletes, including a1982 induction into the World Golf Hall of Fame.

Tony Parton was a regular at the 1972-opened Alpine Bay Golf Club before it shuttered in 2014 following years of financial struggles. Parton – with help from wife Jan – was appalled that his former home course had become weed-infested and overgrown. In response, he began quite randomly began pulling weeds and mowing the green at the decrepit par-3, pond-fronted eighth hole.

Soon after, Parton called the realtor who listed the 144-acre property. Parton pooled together enough cash to buy the course for $144,000. With help from a friend, Alpine Group LLC was established and soon built a pool of $520,000 to refresh the course, which reopened in the summer of 2017. “No words can describe the emotions of watching golfers tee off at the course for the first time,” an emotional Parton told Golfweek’s Jim Hansen.

Over the past few years, the semiprivate course – home to “Amen Alley” (holes 12-15) – hosted an average of 15,000 rounds a year; it also has 120 members to help fill the tee sheet. In summer 2021, Alpine Bay hosted a group of Golfweek raters, who found it truer to the architectural tenets of Jones Sr. than any course on Alabama’s acclaimed Robert Trent Jones Trail, the bulk of whose courses were designed by the late Jones’ associate architect, Roger Rulewich.

Robert Trent Jones Jr., himself an accomplished golf architect, toured Alpine Bay with Parton and, for the first time, laid eyes on this half-century-old course crafted by his father. While viewing the course, Jones Jr. admired the hallmarks of his father’s design principles. Jones later told Hansen that Alpine Bay “deserved a much better fate than it’s gotten, so far.”

Yet, with its caring and attentive adoption by Parton and friends, this course is alive and well.