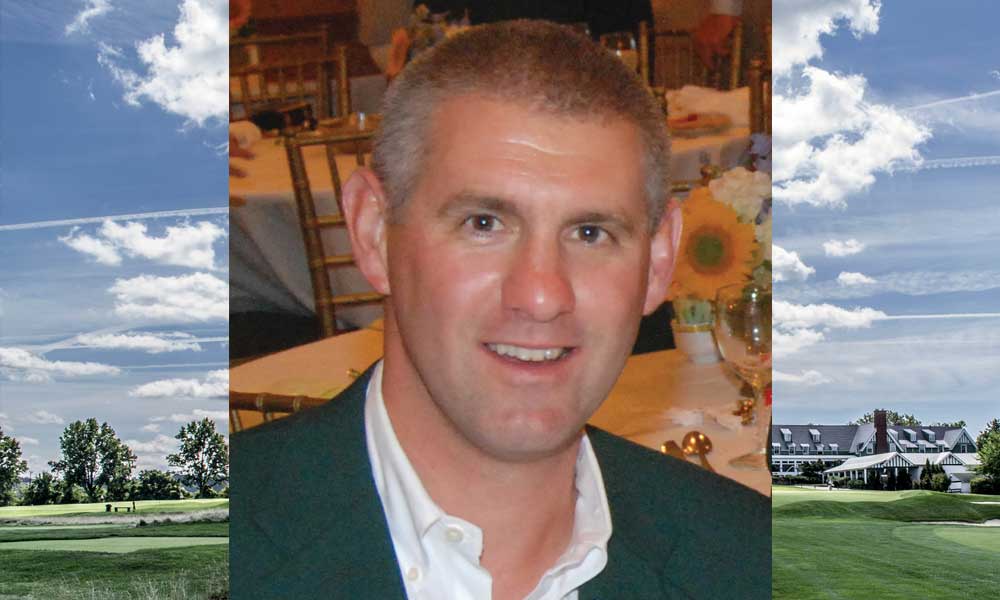 GCT: How did you come to decide you wanted to be a golf course superintendent, and how did you pursue that career path?

JZ: I was in the landscape business in my home town of Tyrone, in central PA, half a mile from my grandfather’s house, I had a great mentor named Jim Wertz, and he taught me all about agronomy, lawns, and trees. That’s the part of the job I love. But I also knew I wanted to do something a little different.

So I looked in the Altoona Mirror and there was an ad in the paper for golf course landscapers from Paul R Latshaw. I went for my interview at Wilmington C.C. in Delaware, and was hired immediately. I had no idea he was the most famed super in the country.

I was on the job for six months when he told me to go to school for an education in turf grass management. So I went to Rutgers University’s famous and prestigious program.

GCT: Oh! Did you have Stephen Kay when you were there?

JZ: I did have Stephen Kay there! What a wonderful guy! Great teacher too.

I graduated in ’93, returned as an assistant super, and we went to Congressional to prepare it for the ‘95 Senior Open. Then I got a call from Bill Conway and Dusty Murdoch. They had hired Fazio to build a private course outside Cleveland called Sand Ridge, a marvelous project. When it opened in 1998, it premiered at #52 in Golf Digest. I was there before the first tree came down right through when the first golf ball was struck, a truly great experience. Bill Conway and the Fazio team are first class all the way.

GCT: Your next stop after that was Oakmont, wasn’t it?

JZ: Yes. In August of 1999. They wanted to get back in the major championship rotation, and I had experience working with the USGA. So I became a member of the team here.

GCT: Thankfully, Oakmont became the Gold Standard when it comes to tree-cutting and restorations. Tell us about the tree cutting program.

JZ: It started in the late ‘90s taking out some of the Evergreens and more unsightly trees when we were preparing for the ‘03 Amateur. As soon as the Am was over, the grounds committee and the board looked at all the aerials of what Fownes designed. Slowly everyone started to agree: there were no trees there – just ditches, sand, and grass. They decided to restore the course to what Fownes originally had here.

GCT: It seems like in doing so, the list of agronomic and strategic benefits is endless: bring back some of the old playing strategies that might have been lost over time, as well as get more air space and wind?

JZ: Exactly. Cutting down trees is better for the grass. There’s more sunlight. We use less water and less pesticides. And yes, fewer trees means more playing angles, vistas across the property, and the recovery of wonderful fairway contours that had been lost – they were all spectacular. When the members came out they marveled at it. They said, “Where are we? This isn’t anything like what we saw in 83.”

As controversial as it was when we started it, once they saw with their own eyes, they realized it was the right tying to do for so many reasons. I’m proud we’ve been the leaders in doing this type of work. So many clubs have followed suits with the same results. Any architect will tell you: you don’t need a tree to make a hole, you need good design to make a hole.

GCT: What’s going to be different about Oakmont for this Open as opposed to other majors?

JZ: There’s very little change this time. But one important difference is grass around the fairway bunkers is going to be mowed tight – from 2.5 inches to ¾ of an inch, so balls will roll into them. They’ll be much more in play this time.

GCT: Normally we hear golfers say they’d rather be in a bunker than the rough. But they won’t be right this time, will they?

JZ: Oakmont’s fairway bunkers are considered the most poenal fairway bunkers in golf. They are deep. You can’t advance the ball more then 150 yards, and you need loft to get out of them. It puts a big premium on keeping it in the fairway

GCT: Tell us about some of the state of the art equipment you’re using. How has the technology changed since the ’07 Open? Since the ’10 Women’s Open?

JZ: The irrigation systems. We need to be able to put as much water as we need exactly where we need it. It’s the biggest thing in managing the golf course. We can do that now. Also, different types of aerification equipment – drill and fill, for example, or sand injection machines. All these things have gotten better and better. 15-20 years ago, some of these things weren’t even available!

One other important goal is to move air around greens through the use of fans. We work with a company called Precision Air, and they have state of the art research in both the fans themselves and in the science of how air movement affects greens. They have been at the forefront of the technology.

GCT: To all the young superintendents out there working on public courses in small towns, what’s the key to landing a job at a major championship caliber country club?

JZ: Start by volunteering at a US Open or other major championship. I strongly suggest you go and experience it. You’ll get to meet people and position yourself for a chance.