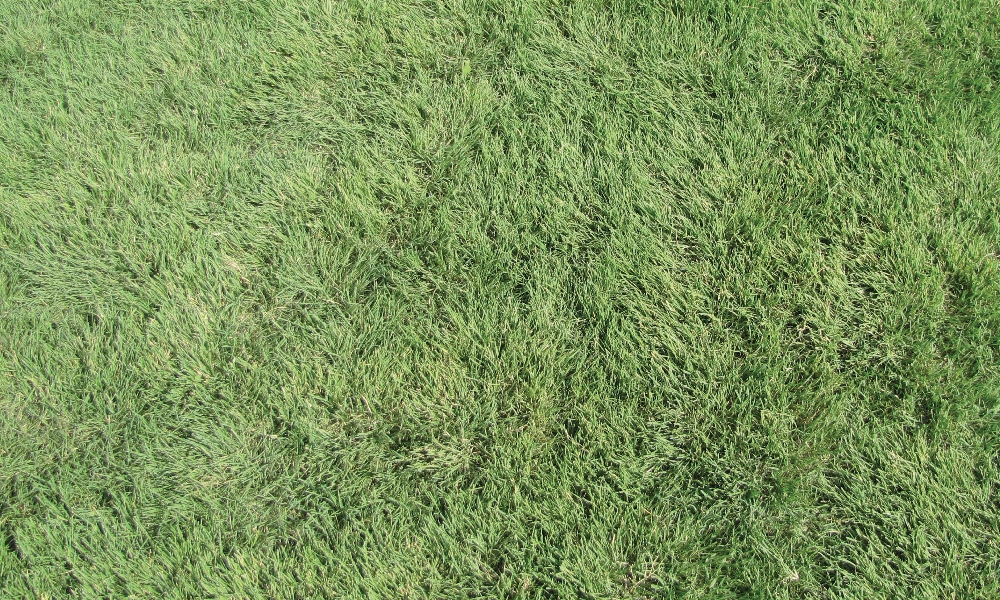 They battled weather; the wind, the rain, the cold, and prolonged drought. They worked long hours in the blazing sun. And they relied on buffalograss to survive. Indeed, the early settlers on the Great Plains had plenty of things in common with many of today’s golf course superintendents!

Thanks to its resistance to drought, its ability to stay healthy and strong with very little maintenance, buffalograss is well on its way to becoming a life-saving – well, ok, perhaps more accurately, a job-saving – turfgrass for many golf course superintendents in North America. And Stock Seed Farms, based in Murdock, Nebraska, is on the cutting edge of this new trend. They are one of the leading providers of buffalograss seed to golf courses throughout the Midwest and beyond.

Of course, buffalograss is anything but new. It’s a native plant that has thrived on the plains – from Mexico to Manitoba – for centuries. The buffalo, naturally, we’re big fans of it. They ate it by the megaton. Hence the name. Early pioneers, too, used it to feed their livestock. They also cut it out of the ground in strips to make sod-walled homes that allowed them to survive the brutal winters. Without stone or timber, buffalograss sod, which was dense and well-rooted, was the best building material available. Jokingly, people dubbed it “Nebraska marble.”

Buffalograss is a warm-season grass that is naturally resistant to pests and disease and has a slow growth rate. It spreads via stolons, or runners (like strawberry plants) and is fine-leaved with both male and female plants. It suppresses weeds well, is low-growing (four to seven inches), and, therefore, has the potential to work very well on golf courses. And many courses, especially in the US Midwest, has been using the grass with excellent results. (Mainly as their primary rough.)

Obviously, managing turf in a water-scarce environment comes with numerous challenges. And, while buffalograss may not be perfect in every soil type and every environment, its recent introduction is definitely turning plenty of heads.

“Buffalograss, specifically our recently-introduced Sundancer Buffalograss, is one of the hottest new turfgrasses on the market,” says Mike Fritz, Sales Manager at Stock Seed Farms, which has supported plenty of testing and development of this species. (Stock Seed Farms is a member of the Native Turf Group, which, in conjunction with the University of Nebraska, has developed a number of popular strains of buffalograss.) “Besides golf courses, it’s ideal for lawns, parks, commercial landscaping, transportation corridors, and, basically, any other area where low-maintenance turf is desired. Growing buffalograss from seed isn’t difficult and it’s very economical. Courses can realize significant savings each year with this grass. It can sustain itself for long periods of time with minimal water and nutrient requirements.”

In this day and age, water supply is a critical issue. And this is where buffalograss really shines. “Unfortunately, there are many golf courses struggling to maintain quality turf because of water shortages. In many areas, the water supply is just not adequate to meet the demand,” says Fritz. “Ongoing struggles with Kentucky Bluegrass, for example, which burns and browns quickly with heat and drought, has been a thorn in the side for countless superintendents across North America and abroad. A prolonged heat-wave can be devastating for a golf course that requires substantial water to remain playable.”

Obviously, things like harvesting rainwater can go a long way to help a course cut costs and keep the turf healthy. But that only addresses one part of the issue. “There is a massive upside for the golf industry to utilize turf that requires less fertilizer, less cutting, and, most importantly, less water,” says Fritz. “Buffalograss is ideal for hot, dry environments. And, to top it off, it stays green, attractive, and playable during those prolonged droughts. Put it this way, there’s a reason why this grass survived on the plains for centuries. It’s about as hardy as turf gets.”

While the tough-as-nails nature of buffalograss is a major selling point, there are some key aspects to consider. It requires six to eight hours of sun and does not do well in shady areas and sandy soils. So, yes, areas such as Florida, Washington State, and the upper Northeast States may not be the best places to seed buffalograss. However, Fritz is quick to point out that ongoing research and development is addressing some of the potential challenges when it comes to planting buffalograss in areas where it doesn’t grow naturally.

“In the past decade, or so, golf courses have typically used buffalograss in the rough and in areas that see relatively low traffic,” says Fritz. However, that’s beginning to change fairly quickly. Some of the issues, such as slow greening in spring, relatively quick dormancy after the first frost, its adaptability to sandy soils, color retention, and tolerance at lower mowing heights, are being addressed and alleviated.

“The development of buffalograss is ongoing and strains such as Sundancer are now being tested for use on fairways, tees, and high-traffic areas. The possibilities for the golf industry are very exciting. Courses that are using it are realizing a 50% reduction in water costs. That alone is fueling plenty of interest and excitement. At Stock Seed Farms, we believe that buffalograss has the potential to keep numerous courses sustainable and viable in the future. It can be a game-changer for courses that don’t have enough water or simply can’t afford to maintain traditional, water-hungry turf.”

Unquestionably, if the golf industry is going to thrive in the future it will need to glean many lessons from a variety of sources. History can be a great resource. Including, of course, the people who settled the plains. And, yes, when it comes to turf, even the buffalo might have something to tell us.