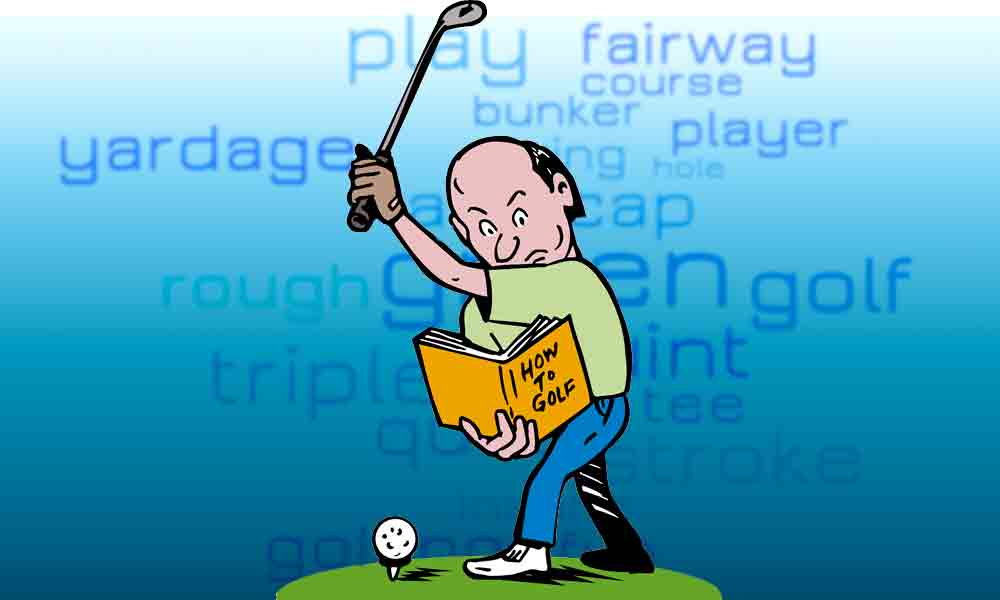 A few weeks back I decided to take a buddy – let’s just call him “Hacker Hank” – out golfing to one of the more lethal courses in my neighborhood. Big mistake. By the seventh hole “Hank” was battered and bruised. A 32-handicapper who rarely breaks 100, “Hacker” made three quints, two quads, a triple, and a double. Yes, I’ve witnessed pain and suffering on the golf course plenty of times before, but this was carnage in a class I had never witnessed. “Hacker Hank,” in spite of swilling plenty of swing lubricants, was not having any fun. The course – as well as some of the maintenance practices! – was playing a key role.

Contrary to what some sadomasochistic “supers” think, not every golfer likes to have their brains kicked in on the golf course. Some people actually like to keep the majority of their hole scores in the single digits. Some people prefer to walk off the course having not gone clinically insane.

Of course, softening a “lethal” golf course can often be a dicey and difficult proposition. It’s common for management – and, yes, superintendents – to feel they have a reputation to protect. It’s a badge of honor to have people suffer out there, goes the logic. And by tampering with the original design and the intended outcome (death by double-bogey…or worse), the integrity of the course, and the gruesome outcome, is jeopardized. A growing legion of “hackers” are disagreeing with that line of thinking.

Yes, given the long-overdue trend towards easier courses, shorter rounds, playability, and fun, plenty of over-the-top “suffer-fests” are now being tinkered with to make them, heaven forbid, easier for the average player. (How dare we think the game was actually supposed to be doable!)

“In terms of making the game easier, by far the biggest trend we are seeing is the building of new forward tees,” says Nick Dunlap, Manager, Green Section Education USGA. “Call them family tees, junior tees, executive tees, take your pick, they are a relatively simple solution to make a difficult course play much easier. Obviously, the integrity of the course is not affected by this change and a course only needs to be 3,000 yards to be rated. It invites a whole new level of player to enjoy the game on an existing course that may be too demanding from the regular markers or even the traditional forward tees.”

Playing from “short” tees also invites the entire family, young and old, to enjoy the game from the same tees. It facilitates a more laid-back, less-intimidating brand of the game that is truly under-served in most areas.

True, golfdom does have plenty of pitch and putt courses, executive courses, relatively easy 9-hole courses, and the like. “Purists” may argue that the beginner has always had a place to go. However, the inclusion of “short tees” on championship venues expands the game’s repertoire. It creates new possibilities. And it also allows for all the markers to be moved up a notch, further giving the recreational player a fighting chance to post a decent score on a top-level track.

Without a doubt, playing a monster course from half the yardage is, perhaps, the quickest and easiest solution to making the game enjoyable for the less-skilled player. In other words, I have no doubt in my mind that “Hacker Hank” would have fared much better if the par-4s we played that day were 240-yarders instead of the man-eating 440-yarders we encountered. (That’s a lot of yardage that can be consumed while riding pleasantly in a cart as opposed to trudging down the rough, whacking away with a five-iron.)

And speaking of rough, this is another obvious area where superintendents can speed up play and serve up an easier and more enjoyable experience. While I don’t mind (and neither do you) watching the world’s best players flog away in the thick, knee-high stuff, even the USGA has been a little squeamish of late to include it in their weaponry. My take? The game would be better – for everyone – if unplayable rough was rarely encountered. (Or, at the very least, how about staking the worst areas out as the hazards they legitimately are? Wouldn’t that help speed up play and limit time wasted looking for lost balls?)

“Thanks to GPS technology and our unique software programs, we are now able to pin-point areas on the course that are bottlenecks and giving golfers the most problems,” says Dunlap. “Often it’s just a matter of widening out a landing area or removing a bunker or two, that can make a major difference in terms of speed of play and playability.”

Unfortunately, on my agonizing round with “Hacker Hank” the course set-up played a key role. For some reason the regular tees were pushed back on many of the holes and the course actually played a couple hundred yards longer than it should have. The rough hadn’t been cut for a number of days, the greens were tour-level fast (big trouble on a public course!), and the hole locations, especially on the into-the-wind holes, seemed to have been placed by a crew member on a torture mission.

Thankfully, “Hacker Hank,” when it was all said and done, was a good sport about the whole debacle. On the fifteenth tee, after putting his ball off the green into a bunker, he quipped, “I guess that’s why I’m not on the PGA Tour.”

“Well, you’ve made that case on a few other occasions as well,” I countered with a smirk. Fittingly, thanks to my own putting problems and the ridiculous hole location right on a slope of doom, I followed him into the pit.

“Maybe we should play mini-golf next time,” he said. “That game seems to be a little more fair.”

On this occasion, I couldn’t help but agree.

Edric Funk Named Director of The Toro Company’s Center for Advanced Turf Technology
Part 1: Golf in the Land of Beauty (and Sheep)
To Top