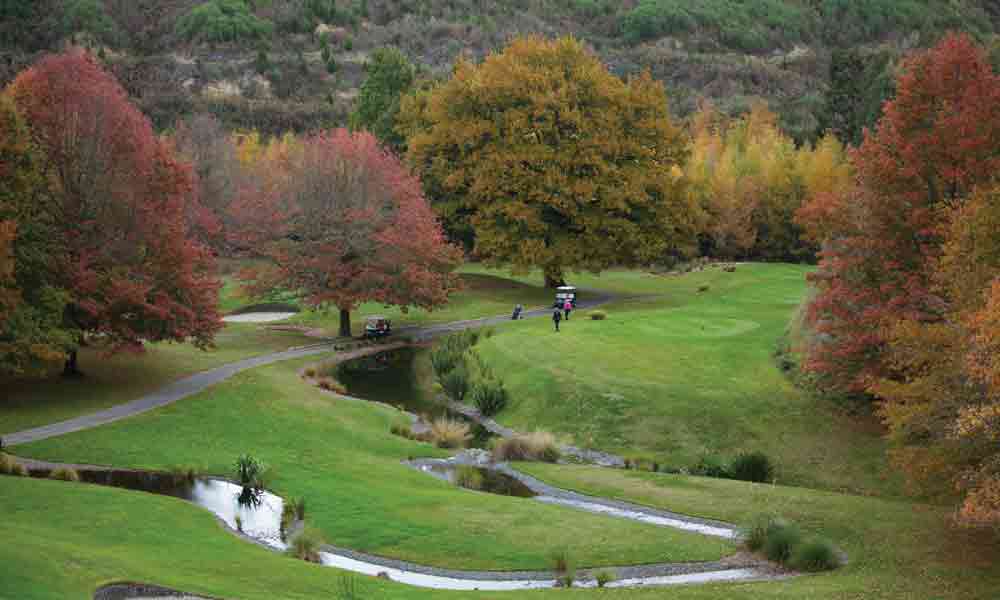 Australia and New Zealand may be too remote of a travel destination for many Americans. But the effort – factoring in serious jet lag – is worth it. Over a 32-day stretch this spring – the onset of fall in the Antipodes – my wife and I hauled ourselves and our luggage (including overstuffed golf bag carriers) to Australia and New Zealand.

The purpose of our trip was to participate in the golf event at the 2017 World Masters Games (WMG) in Auckland. This biennial event is similar to the Olympics except that it’s for amateurs 35 and older competing in a variety of sports, some unique to Down Under (Netball, for one). This year gold, silver and bronze medals were awarded to the top-three finishers in 28 sports. Over 28,000 “athletes” worldwide came to New Zealand’s largest city, making it quite the happening. We’d be WMG participants a week and a half into our adventure.

Flying out of LAX, our first stop was Sydney, a booming metropolis with home prices to match as people arrive there in record numbers. It’s easy to see why as, within minutes from just about anywhere in the city, on view are azure bodies of water such as Sydney Harbour, Watson’s Bay, Botany Bay, and, further to the east, the Tasman Sea.

On our first morning, we arose at 4:00 a.m. to watch “Monday at the Masters,” Augusta National’s final round Down Under style. We also visited the famed Sydney Opera House, Manly Beach and retro Luna Park (think Coney Island 80 years ago).

We played the first of our 10 rounds at Mona Vale Golf Club near magnificent Long Reef. For $29 Aus (roughly $24 USD), we tested our jet-lagged motor skills and ability to convert meters to yards. A bit of a purist, I disdain distance-measuring devices and, for the duration of the trip, handled these mental conversions surprisingly well.

From Sydney, we flew to Launceston which, at a population of 86,000, is Tasmania’s second-largest city (after Hobart). “Taz,” an Aussie state, is a very big island with a mere 500,000 people. We stayed in Launceston as it’s close to Barnbougle Dunes, a co-design of Tom Doak and Aussie Mike Clayton on the North Coast. Also at the resort is the 20-hole Lost Farm layout crafted by Coore & Crenshaw.

The following day we navigated ultra-twisty roads (littered with dozens of carcasses of car-hit pademelons, a smaller Tasmanian species of a kangaroo) to the remote northeast coast, passing through the town of Scottsdale (decidedly not like its cousin in Arizona) to the Bay of Fires, a gorgeous stretch encompassing Binalong Bay.

Following Tasmania it was on to Melbourne, one of the world’s most polyglot cities and with a reputation for fine restaurants (especially Italian and Greek). We were there at the end of Australia’s four-day Easter holiday, so downtown was teeming.

The city and surrounds are also known for their Sandbelt golf courses, none more so than Royal Melbourne. Its East Course, designed by Alister MacKenzie, has hosted numerous championships. It was on my bucket list. But at a foreign visitor’s green fee of $500 Aus (about $430 USD), we opted for nearby Yarra Yarra Golf Club, an Alex Russell design originated in 1898.

Yarra Yarra was a bargain at $85 each for my wife and I. We enjoyed the best of the Sandbelt features (ball-bouncing fairways, large and tricky greens, 110 deep bunkers and Australia’s amazing variety of birds). Here I discovered that Australians and Kiwis – regardless of handicap – are nonpareil sand players. They have to be as Down Under is awash in sand traps.

Next stop: Auckland. Rising at 4:45 a.m., we encountered some hassles with our airline and a second $200 excess-baggage fee. Our Airbnb house in New Zealand’s capitol was in lovely Bucklands Beach, about eight miles from the central business district. Because of Auckland’s traffic and slow-going roads that trace the city’s jagged coast, the best way to get downtown and back was via a direct passenger-only ferry.

We had a “practice round” before the WMG tournament at nearby Howick Golf Club. The layout on Musick Point Peninsula is short (just over 5,900 yards), hilly (with its tilted topography the primary obstacle to par), quirky (two roads run through it; golfers yield the right-of-way to cars and pedestrians), and at times gorgeous. Its two closing holes above Hauraki Gulf rival the best views I’ve seen from any course, including Pebble Beach and Bandon Dunes on the opposite side of the Pacific Ocean.

The WMG start and end with opening and closing ceremonies, just like the Olympics. For the golf competition, there were three qualifying rounds – at the in-city, parkland-style Akarana and Pakuranga courses, and the links at Muriwai in Waitakere City, an hour away by shuttle. There was also a fourth medal round for the top finishers.

My age group 65-74, had 108 entrants, the vast majority Kiwis and Aussies, with many Canadians also in the mix. I was one of two Yanks (proud to say I finished as the top American and ended up just outside the top-20, missing the final round). All WMG events that week were halted to celebrate Anzac Day, an important World War I remembrance in both New Zealand and Australia.

A word about New Zealand golf: The country boasts the world’s second-highest golf participation rate, right behind Scotland, the game’s birthplace. With a population of 4.6 million, New Zealand offers 390 courses. (Golfers here are way outnumbered by sheep, however. A 2016 ovine census found that 30 million sheep grazed the verdant North and South islands.)

We drove nearly the entire length of the North Island, from Auckland to the nation’s capitol of Wellington. Sadly, we didn’t have time for the rugged and beautiful South Island; that’ll be an adventure for another day. While motoring along we spotted flag sticks popping out of the landscape near virtually every hamlet we passed. Golf is engrained in the culture here. Interestingly, instead of stroke or match play formats, Kiwis usually play Stableford points, also used at the WMG.

After Auckland, we headed south to Lake Taupo, where we were the first ones off at Taupo Golf Club on a misty Saturday morning. We then spent a golf off-day at the geyser fields of Rotorua, visiting a Maori village (Whakarewarewa, say that a couple times) and enjoying the beautiful drive back to Taupo.

The following day I played one of the most spectacular of the thousand or so courses I’ve ever seen, Wairakei Golf + Sanctuary. The owner of this aptly-named 450-acre property is billionaire Gary Lane, who completely fenced its perimeter to keep out predators and re-establish the native wildlife that had disappeared.

The results are stunning. Wairakei’s 18 holes – bordered by exotic trees and lovely ponds filled with chattering birds – are inhabited by mixed-color pheasants, guinea fowl, pekin ducks, very rare takahe, and endangered fallow deer. If you ever get to Taupo, NZ, play this highly rated course. Its $240 (NZ) green fee is worth every penny.

We then ventured to Hawkes Bay and the cities of Napier and Hastings. Destroyed by a devastating earthquake in the 1930s (New Zealand is very seismically active), Napier – the “wool center of the Southern Hemisphere” – is a retro experience. The town was completely rebuilt after the earthquake in an Art Deco style, which survives today. This part of New Zealand, similar to many areas in Australia and Tasmania, has wineries galore.

We drove to the top of towering Te Mata Peak in Havelock North, and played golf at Hastings Golf Club, a wonderful old-school venue. We didn’t play nearby Cape Kidnappers; too pricey and stuffy; locals bemoan the chartered helicopters bearing wealthy tourists that pierce the calm with annoying regularity. While on the 400-kilometer drive south to Wellington, we visited a 4,000-acre sheep ranch owned by a friendly couple we had met at Wairakei.

Wellington, where we played golf at Miramar Links right beside the airport, was a revelation. Situated just north of the Cook Strait, which separates the North and South islands, virtually every vantage in New Zealand’s second-largest city takes in water views from above its namesake harbor. You’d better be fit to walk its tight and sinuous roads as parking is tough to find. Wellington reminded me of a miniature San Francisco, with an eclectic mix of restaurants, a lively night life and wonderful museums, including the outstanding Te Tapa, the Museum of New Zealand.

After moving seven times to different abodes and boarding a like number of flights in our month abroad, we headed home to Seattle, exhausted from our Down Under experience but ready for future visits to this amazing corner of the world.

The second half of this two-part series will look at the differences between golf course maintenance practices in the U.S. and the Antipodes.

Jeff Shelley has written and published nine books as well as numerous articles for print and online media over the past 30 years. The Seattle resident is the co-founder of the Northwest Golf Media Association and board president of First Green, an international, nonprofit program that provides environmental and STEM education outreach using golf courses as environmental learning labs.