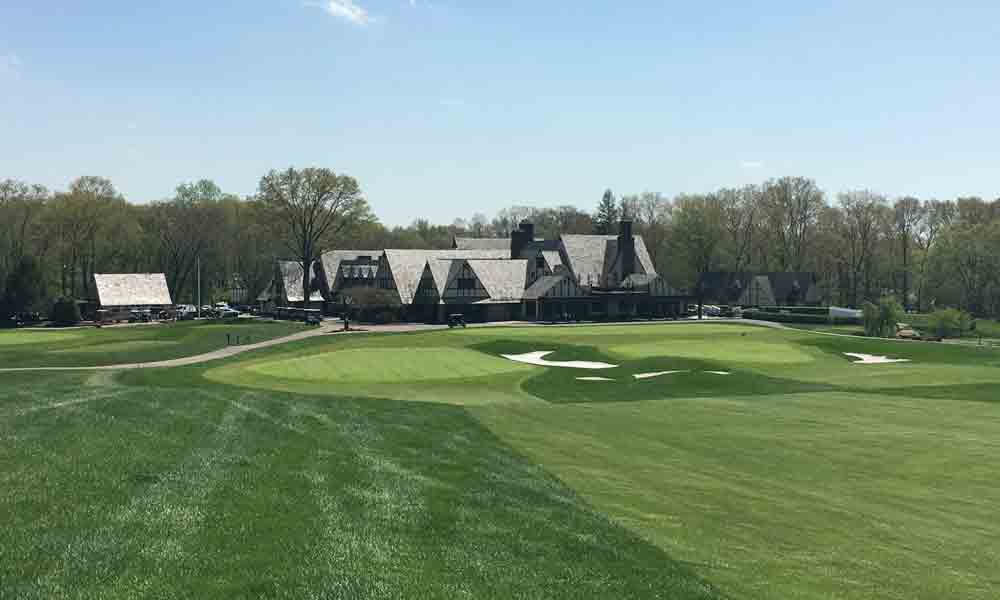 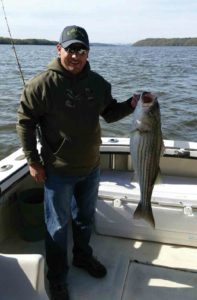 It was either work at a golf course or a national park, one or the other. That was the decision a young Tyler Otero faced in high school.

“I wasn’t a golfer growing up, I was into hunting and fishing,” Otero recalls. “It’s part of our culture. Where I went to school, we got days off for deer hunting season.”

That was central Pennsylvania, not far from the verdant Rothrock State Forest, where Otero’s grandfather had a cabin, and the family would go small game hunting for pheasants, rabbits, and the occasional deer. But those heady, halcyon days were more than just warm memories of youth – they spawned Otero’s lifelong love of the outdoors.

“I knew I didn’t want a nine-to-five office job, I wanted to be outside – it’s what I loved. At first, I thought I’d go for wildlife and fisheries, but all the big jobs are at national parks out west somewhere, and that was too big a move for me back then,” he confided.

It was Otero’s future brother-in-law Jason Bell who provided the inspiration for what became Otero’s life work. Bell was the assistant super at nearby Ridgewood Country Club, a sporty A.W. Tillinghast private club.

“My brother-in-law coaxed me into working at golf courses because I could work outdoors, but in a metropolitan area,” Otero admitted. “I get the best of both worlds.”

That was the late 1990s, right as jobs in the golf industry were growing and salaries were increasing for course maintenance staff; it was a good time to be coming into the business. Otero also had the added benefit of being from Lewiston, PA – just a few short miles from Penn State and their world-class, state-of-the-industry turfgrass management program. At one time, of the top 20 courses in the various national rankings, 18 of those clubs had supers that graduated from the Penn State program.

Otero declared Turfgrass Science as his major immediately upon matriculation and began working at iconic Beaver Stadium as well as all the other intercollegiate athletic fields at Penn State. While there, he also got plum internships, first in Country Club of the Rockies in Vail, Colorado, then later at Kauri Cliffs in New Zealand, the Tom Doak masterpiece on the edge of the world.

To get that gig, he cold-called a guy.

“In the fall of my junior year, I looked up the number one course in New Zealand. At that time, Kauri was 50-something in the world, I emailed the super and asked for an internship,” Otero said. “At first he said no because our seasons don’t match, but I said I’ll take a semester off. So, he said yes, and I did rush visa process. I didn’t even have a passport, and then three months later I was on a plane 22 hours to New Zealand.”

Moral of the story: It pays to ask, and it pays to be adventurous. With significant experience at a World Top-50 course under his belt, and in an exotic location to boot, Otero could write his own ticket. So he figured “Go big or go home”… after graduation, he immediately went to work for Trump National Golf Club. 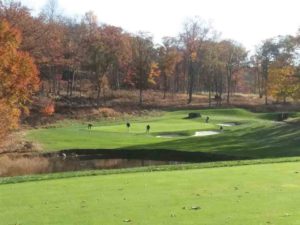 Those formative years saw Otero’s career arc streak skyward like a firework. He started at Trump’s Bedminster property – the venue for the 2017 Women’s U.S. Open and the 2022 PGA Championship – as an assistant superintendent on the as-yet to be built New Course. But shortly afterward he was named construction superintendent for the New Course under the Director of Grounds, Greg Nicoll. After completion of the New Course, he spent a season as superintendent of Bedminster’s Old Course, before moving up to the position of Head Superintendent at Trump Philadelphia (formerly Pine Hill) then moved back to Bedminster overseeing the entire property as director of grounds.

But by 2014 Otero was ready for a change; it was time to try his hand at stewarding a Golden Age masterpiece into the 21st century. His new job may have only been 40 miles up the road, but it was almost 100 years in the past. North Jersey Country Club’s original location dates all the way back to 1899, and the Walter Travis golf course which Otero now tends opened in 1925.

“I was looking to take the next step in my career. NJCC had an excellent reputation, storied history, and the plans to keep enhancing their property which was all exciting to me. My biggest challenge was following in the footsteps of a very successful superintendent, David Dudones (now at Westchester CC) who had spent the previous 10 years making NJCC a great course,” he surmised.

Otero hit the ground running, promptly initiating a tree clearing campaign that opened up vistas across a rumbling piece of property.

“The tree clearing also greatly benefited turf health which was paramount for me….plus our new iPhone system is my favorite new piece of equipment: From communicating with staff, to connecting to in-ground soil sensors, to the complete operation of the irrigation system, so much can be done with a smartphone in today’s golf course maintenance world,” he exclaimed proudly. “Superintendents are misunderstood, I tell ya. I call it the ‘Caddyshack Syndrome’ [like the movie]. People think we only grow grass, but there’s so much more science!”

Once again, Otero gets to work with Tommy Fazio as the club has hired Tom’s nephew to make some cosmetic changes to certain holes. While several intervening architects erased some of Travis’s work, about half of the greens are still Travis originals.